UNESCO lists Belarusian as vulnerable due to the domination of Russian in daily life.

UNESCO lists Belarusian as vulnerable due to the domination of Russian in daily life. 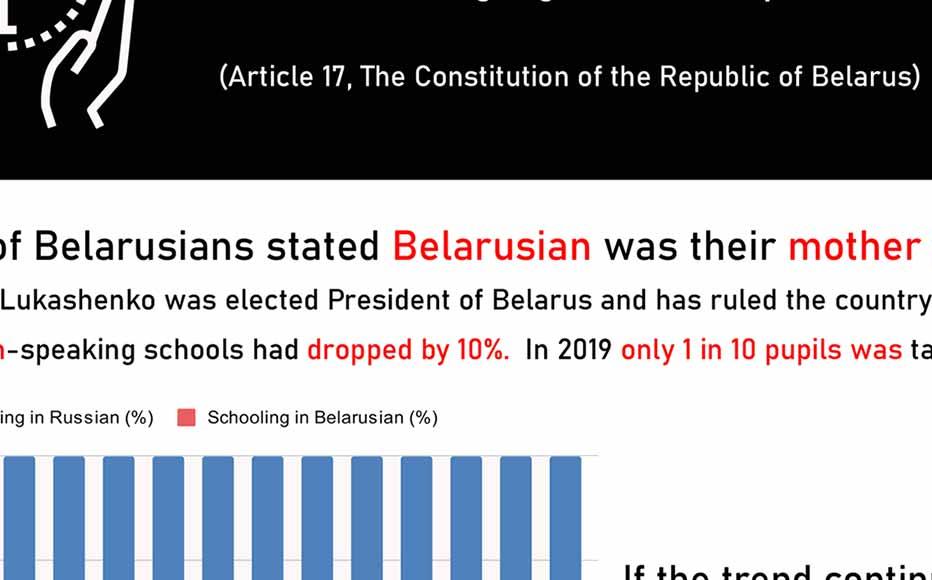 Infographic 1/3: The disappearing of Belarusian – how Lukashenko’s rule is erasing Belarus' language. 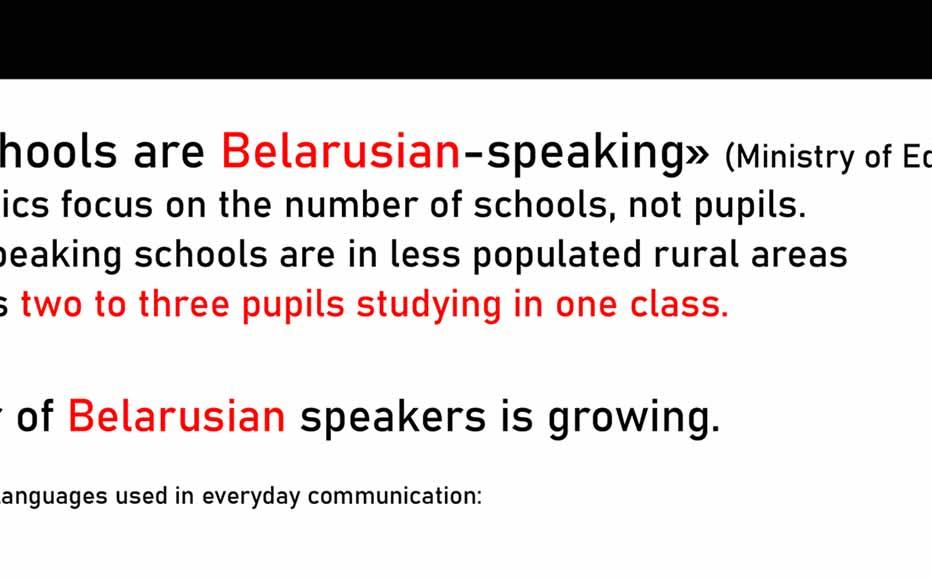 Infographic 2/3: The disappearing of Belarusian – how Lukashenko’s rule is erasing Belarus' language. 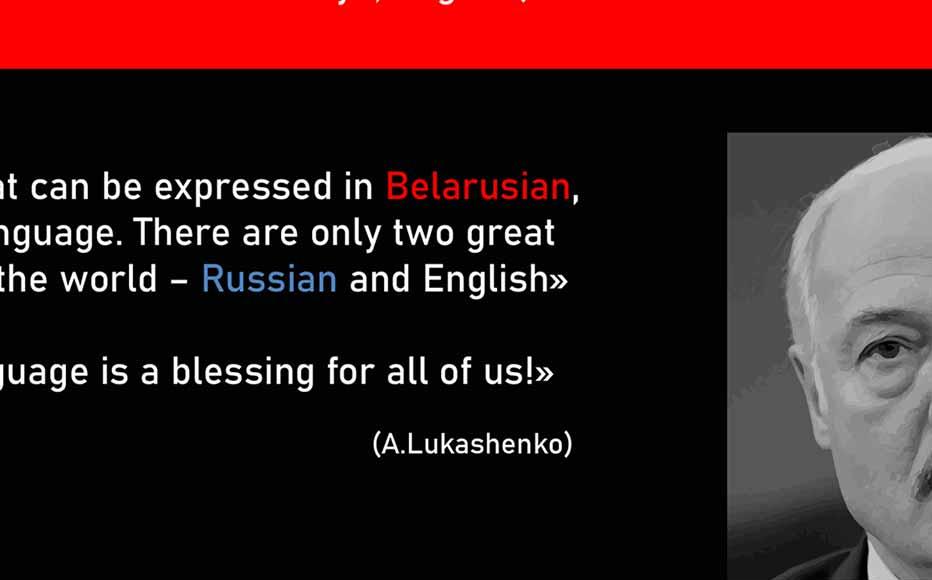 Infographic 3/3: The disappearing of Belarusian – how Lukashenko’s rule is erasing Belarus' language.
The link has been copied

Belarusian is Belarus’ mother tongue, but Russian, the country’s second official language, largely dominates in schools, media, business and official communication. According to the 2009 census, about 61 per cent of the 9.3 million population considers Belarusian their first language, but only about 26 per cent uses it in their daily life.

UNESCO assesses that “Belarusian, while an official language of an independent country, is regarded as vulnerable, based on the widespread use of Russian in its stead”.

The 1897 census of the Russian empire indicated that about six million people living in the current territory of Belarus stated they could speak Belarusian. After it was incorporated into the Soviet Union in 1922, becoming the Belarusian Soviet Social Republic, Russian took over. But family groups and intellectuals continued to use Belarusian to keep it alive.

In the dying years of the Soviet Union, a national revival gave impetus to the language and symbols like the white-red-white flag, which was used by the short-lived Belarusian People’s Republic in 1918, reappeared. After the declaration of independence in 1991, Belarusian regained its status of native language in the new sovereign state.

In 1996, two years after Alexander Lukashenko was elected president, the government declared Russian to the country’s second official language. Since then, Belarusian has been slowly yet steadily fading.