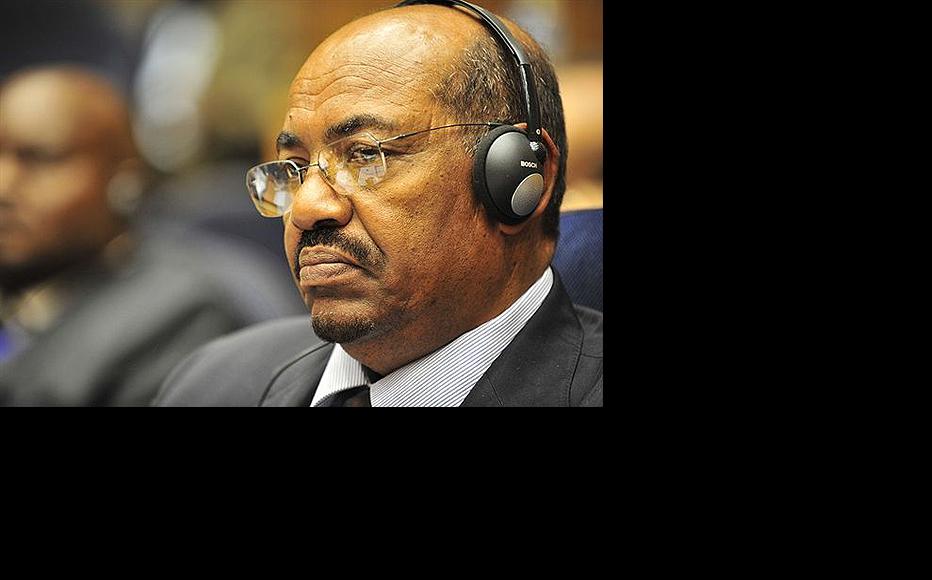 President Bashir's visit to Chad was his first to an ICC member state since the Hague court charged him with war crimes in March 2009.
The link has been copied

Omar al-Bashir’s recent trip to Chad has highlighted the problems the International Criminal Court, ICC, has in getting member states to enforce the arrest warrant against the Sudanese president.

Bashir’s visit on July 22 was his first to an ICC member state since the Hague court charged him with war crimes and crimes against humanity in March 2009, and came just two weeks after ICC judges expanded these charges to include three counts of genocide.

According to the Rome Statute, all member states are obliged to cooperate with the Hague court, which includes arresting indictees if they enter their territory.

However, Chad, which has signed the Rome Statute, defended its decision to welcome, rather than arrest Bashir, claiming that the ICC was targeting African states unfairly and that Chad was not obligated to facilitate an arrest because of the African Union decision not to cooperate in sending the Sudanese president to The Hague.

This stance was reaffirmed at a recent AU summit in Kampala, where the body once again asked its member states not to assist with Bashir’s arrest.

Bashir, who denies the charges against him and says Sudan does not recognise the ICC, was attending a meeting of the Community of Sahel-Saharan States, an African free trade body, in Chad’s capital N’Djamena, along with 12 other African heads of state.

Sudan and Chad have recently been working to ease previously tense relations. In May, Chad president Idriss Déby prevented Khalil Ibrahim, the leader of Darfur's main rebel group, the Justice and Equality Movement, from entering the country.

But Déby’s apparent decision to prioritise diplomatic ties with Sudan over his obligations to the ICC have highlighted concerns about a lack of cooperation among the court’s member states.

Legal experts were divided over whether Chad should put the AU resolution ahead of its ICC obligations. The AU argument centres on whether Bashir enjoys immunity from prosecution as a head of state. Such immunity is removed under the Rome Statute but, since Sudan is not a party to the statute, it could be argued that he can maintain his immunity.

Article 98 of the Rome Statute stipulates that a country does not have to comply with an ICC request if it runs contrary to “its obligations under international law with respect to the State or diplomatic immunity of a person or property of a third State, unless the Court can first obtain the cooperation of that third State for the waiver of the immunity”.

But Al-Hadi Shalluf, a French-Libyan lawyer, said that the AU resolution did not overrule the Rome Statute.

“The AU is a regional organisation and it is recognised by the United Nations,” he told Radio Dabanga. “But it has no authority and no mandate to break international law.”

Other experts were more equivocal.

“There may be obligations on state parties, created by the Rome Statute, and Chad is subject to these obligations under international law,” said Professor William Schabas, head of the Irish Centre for Human Rights. “But Chad is also a member of the African Union and it may feel compelled to follow the political direction of the African Union as reflected in the resolution.”

However, Schabas argued that bickering over whether the AU or the Rome Statute takes precedence did not address the fundamental issue of how to foster better cooperation with the ICC.

“The fact is we are dealing with countries that, if they feel confronted by what are really conflicting loyalties - one to the court and one to the African Union - we may push them to withdraw from the court and I don’t think that is a desirable outcome,” he said.

There have been calls for Chad to be held to account for its failure to fulfil its statutory obligations. Under article 87 of the Rome Statute, the ICC can refer the matter of non-compliance to the Assembly of State Parties, ASP.

Goran Sluiter, an international lawyer based in the Netherlands, said it was “vital that action is undertaken” by the ASP, particularly as this is the first such instance of an ICC suspect openly travelling to one of the court’s member states.

However, no punitive sanctions are outlined in the Rome Statute, leading other lawyers to conclude that the court’s hands are tied.

“The court can’t do an awful lot because the whole Rome Statute is predicated upon complimentarity and states fulfilling their statutory obligations, and there is no sanction for non-compliance,” explained Karim Khan, who works as a defence lawyer at the ICC and other international courts.

Another option could see judges referring the matter to the United Nations Security Council, since it was this body that originally referred the Darfur case to the court.

There has been no official reaction from the ASP as it is not scheduled to meet until later in the year. However, some member states and the European Union have already criticised Chad for not complying with its international obligations.

Sluiter pointed to further possible measures that the wealthier ICC member states could take, including conditioning development aid on a fellow members’ cooperation with the court.

There has been particular concern that Bashir’s visit to Chad came after the ICC issued charges of genocide.

A state that has signed the 1948 Genocide Convention could be taken to the ICC for a failure to arrest anyone suspected of genocide. Chad, however, has not ratified this convention.

But Shalluf argued that, as a member of the UN, Chad was still obliged to help prosecute anyone suspected of genocide.

Schabas, from the Irish Centre for Human Rights, however, countered that “a state would have to be a party to the Genocide Convention before you could take them to the International Court of Justice under article 9 of the Convention”.

Chad’s actions were greeted with dismay by those displaced by the conflict in Darfur. Thousands live in the hope that the international community will facilitate Bashir’s arrest.

“All this hope is gone now,” said one refugee living in a camp in eastern Chad. “I feel like an orphan, not because I don’t have a country, but because no one in the world stands behind us now.”

Although Chad is the first ICC member state to welcome Bashir, there are several other nations and international organisations - including the AU and the Arab League - that have voiced concern about the implications of the arrest warrant for regional and African politics.

Without a political solution there is a strong risk the problem of cooperation will crop up again and again.

“The reality is that the head of state under the Rome Statute is only going to be arrested when the states concerned decide that their interests and their obligations under the [treaty] trump whatever domestic priorities they have,” Khan warned.