Many have been left stranded in the United Kingdom after demonstrating against actions of regime.

Many have been left stranded in the United Kingdom after demonstrating against actions of regime. 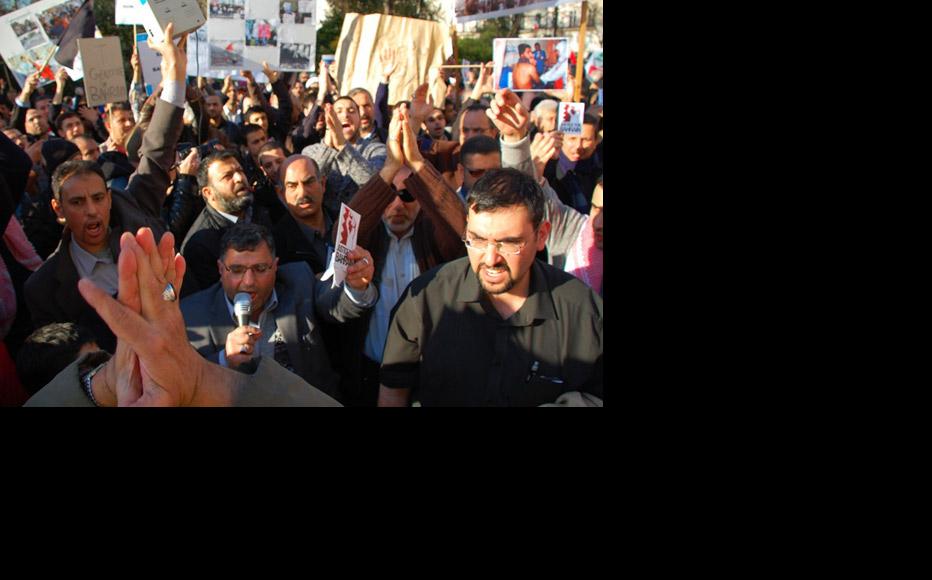 Diaspora Bahrainis protest against the regime (Photo: Jim Rudoni, go.iwpr.info/rud)
The link has been copied

I started my PhD in language and communications at a British university last September. I was on a full scholarship from the University of Bahrain where I have been on the staff since 2004 and planned to stay here for at least four years.

We rented our flat in Manama, my husband gave up his job there, and we brought over our two daughters and enrolled them in school. Then the uprising and the crackdown started. I got a phone call from the university one day and was told that my scholarship had been withdrawn. I asked to know the reason why but they refused to tell me.

They just said I had to come back within a week and then I would find out. Of course this was not practical, my children were in school, I couldn’t simply return. And that was it. I haven’t heard any more form the university, apart from a letter confirming what I was told over the phone.

But it seems obvious why this has happened. The president of Bahrain university told reporters recently that some of their scholarships had been stopped because students breached their agreements and had spoken to the media or posted “inappropriate” things on social media sites. By inappropriate, he clearly meant things that went against the policy of the government.

And, indeed, I have attended three demonstrations outside the Bahraini embassy, and I have posted and reposted news items on Twitter and Facebook. There must have been surveillance outside the embassy, among the media and photographers. I must have been monitored there and on the internet.

I was not really involved in politics back home in Manama, although as a Shia I always felt I was discriminated against and treated as a second class citizen. During the last uprising in the 1990s, I was 13, and afterwards I went to the United States to study, so although I was quite politically aware I didn’t do much about it.

Now things are different. What the regime is doing is unbelievable and makes you want to do anything you can to tell the world how our people are being crushed. A lot of my cousins are in prison, a lot of my friends have been sacked.

Half my colleagues at the university – all Shia – have lost their jobs. I personally know about 20 people in the same situation as me studying at various locations in the United Kingdom, although there are many more.

We don’t know whether we should seek asylum or when this will end.

My family is very worried about me now. I am in a very difficult situation here because I have no funding for my stay, even though I have received a lot of support from the university here and from my fellow students and I am very grateful for that.

But my personal bank account back home has been frozen, and I can’t even pay my rent. Currently, I am being funded by friends and family but I don’t even know whether I still have a job at the university.

I don’t know either if I can ever go back. All the students whose scholarships have been revoked who have returned have either been arrested as soon as they landed in Bahrain, or taken from their homes a few days later. And I don’t feel safe going back, even after Barrack Obama’s speech where he said the regime needed to reach an agreement with the opposition.

We would love international pressure to be put on the regime to stop the mass killings and torture and to start talks with the opposition. This brutal approach they have taken doesn’t lead anywhere.

At the beginning of this uprising, everyone was calling for a constitutional monarchy, except for some extremists who wanted a republic. Now after all that has happened, you wonder whether it is possible to be ruled even notionally by the same family that has been torturing and killing its own people.

It’s very difficult right now to have a vision of the future for Bahrain. What we would like is to see more power given to the people. But how to do that – I just don’t know.

The writer is a PhD student from Bahrain studying in Britain.