Municipality tries to tackle garbage crisis, but does it have the resources to do so?

Municipality tries to tackle garbage crisis, but does it have the resources to do so? 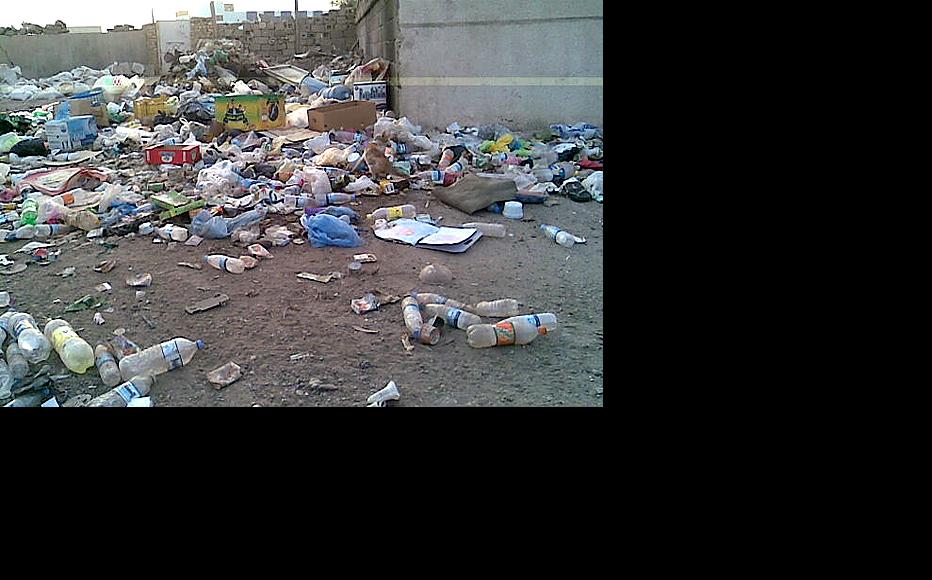 Residents and officials maintain the garbage piling up around Baghdad is both an eyesore and a potential health hazard. (Photo: Daud Salman)
The link has been copied

The Baghdad municipality has launched new plans to tackle the capital’s rubbish problem, though there are question marks over whether the city has the money or manpower for the clean-up.

City officials said they have begun new equipment purchases and discussions with foreign waste-removal companies, and are launching a media campaign to boost public awareness. Yet even those involved in the civic improvement plans admit the government faces a formidable problem made worse by years of neglect.

“Baghdad is not like other places, and the issues are complex. The municipality is not doing its job properly, but at the same time we lack laws that prohibit the public from littering and polluting. This is why we are unable to provide a healthy environment,” said Qasim Dawood, a member of parliament’s health and environment committee.

As the capital has swelled to nearly seven million residents, an influx of poor migrants and a housing shortage have forced an increasing number of Iraqis to live in slums and squatter settlements in abandoned building and parks. The distance between these ad hoc living spaces and garbage dumps is shrinking, said Dawood.

The problem of what the government refers to as “solid waste management” also affects more affluent residential neighbourhoods and commercial districts. In some areas, trash heaps have blocked off entire roads and residents throughout the city complain of foul odours, insects and rodents. Local media has reported a rise in packs of scavenging dogs, putting the number in Baghdad at over one million.

“Unchecked garbage is destroying the quality of life in Baghdad. Dumps are everywhere and sometimes near water pipes and rivers. This creates all kinds of bad fungi that lead to food poisoning and diarrhoea, and can bring on diseases such as typhoid and cholera,” said Dawood.

Waste management has been a serious problem in Baghdad since the United States-led invasion in 2003. In the subsequent years of sectarian violence, government agencies were abandoned and looted, and garbage collectors were routinely kidnapped or killed. Blast walls, barbed wire and barricaded checkpoints have choked off access to many parts of the city, making regular clean-up sweeps impossible.

“Our neighbourhood is a big dump. During the day, the awful smell is really hard to stand. The smell gets worse with the heat in summer. At night it is very annoying to hear the dogs and their howling. We have gone to the municipality more than once to ask them to clean the area, but it’s been no good,” said Ibtesam Aziz, 36, resident of the poor Shaab neighbourhood of east Baghdad.

The US has invested some 33 million dollars to improve Baghdad’s waste management system, an American official told IWPR. This includes the construction of landfills and the donation of removal equipment. Still, US and municipal officials admit that garbage removal has been a low priority for a city with a host of other problems such as limited clean water and electricity and extremist violence.

In some areas, residents pay for their garbage to be picked up in the streets, but many complain that the service is not dependable. Impoverished areas have no service and some districts in the capital have taken on clean-up efforts themselves.

"We have a huge area, too much garbage, and too few vehicle and workers. We hired a number of trucks from private sector. All together now we have 100, which is one-third of the total number we need," said Azhar Abdul Sahib, the head of media department in Mansour suburb of Baghdad.

Sahib continued that the vehicles employed were often small trucks or even hand-drawn carts, and temporary labour costs are unsustainable at 10,000 to 15,000 dinar (8.5 to 12 dollars) for each worker per day.

Parliament in 2009 passed a law requiring citizens to put garbage in plastic bags to prevent disease. The Baghdad city government distributed the bags to most houses and shops in the city, but the move proved ineffective.

In 2007, a programme to place large yellow containers on each block for residential waste was also ignored, with most of the containers being stolen, according to residents.

"Having garbage everywhere in the city is just uncivilised. It affects people's health as well as the environment. We need to educate people about how cleanliness is good for our health, but no group or agency is doing this, even local NGOs because we lack money and support," said Salama Dhaeia Naeif, the head of Love and Peace Messengers organisation in Baghdad.

As the garbage problem continues to grow, residents and officials are increasingly pointing fingers at each other.

“The Baghdad municipality makes great efforts to clean the city, but these efforts are mostly wasted by the citizens who throw trash everywhere, anytime. For example, a man puts trash outside his house in an open box four or five times each day. So when a cat or dog passes by, the garbage is scattered everywhere. Now, take into account the millions of citizens in Baghdad and you can imagine what the city is like,” said Sabah Sami, head Baghdad municipality’s media department.

Sami claims Baghdad’s 14 waste collection branches and 314 vehicles should be enough to collect the city’s trash, but that “citizens throw trash everywhere".

New York, a city of some eight million people, has 5,700 waste removal vehicles, according to the New York Sanitation department website.

Despite the public frustration, city officials are confident that the garbage problem can be solved.

Municipality spokesman Hakeem Abdul Zahra said the city plans to work with Baghdad’s Operation Command, a body in charge of securing the capital, to clear up refuse piling up around blast walls. The municipality also intends to sign contract with companies from Turkey and the United Arab Emirates to remove and compress garbage in east Baghdad. The firms will also provide dumps for locals, as well as clean the streets and water plants.

Zahra said additional deals will be settled by the end of the year with Austrian and Turkish firms that will be in charge of garbage processing. He said the new projects would enable Baghdad to remove 500 tonnes of garbage each day.

The city of New York removes roughly 25,000 tonnes of garbage from homes and businesses per day.

Zahra refused to disclose the names of any foreign firms or the financial arrangements because the deals were still in negotiation.

Sami said the municipality is launching a media campaign to educate citizens on the health risks of garbage and how they should dispose of it.

Although officials have spoken at great length about their determination to clean up the city, exact financial figures for the massive undertaking remain elusive. Sami said figures for the projects could not be given because waste management was included in a larger city improvement budget that included other programmes.

“I can’t even give an estimate on the total cost for garbage collection in Baghdad, but I can say it is the lowest compared to neighbouring countries,” said Zahra.

“We really don’t spend lot of money on garbage compared to other countries, even though we are doing a great job in this field. But I don’t have an exact figure.”

Residents concerned about the growing rubbish problem say it is a comparatively recent one, and hope the appearance of the city can be restored.

"My wish is to see Baghdad clean again as in the 1980s and even 1990s. Garbage collectors and street cleaners worked day and night. They knocked on our door to collect it and there big dumps in every neighbourhood where people could put garbage in instead of throwing it in street like now," said Ahmed Ismaeil, 37, a medical technician at a hospital in Baghdad.

“It was one of the most beautiful cities in the world.”

Iraq
Environment
Connect with us