Authorities’ attempt to portray Islamists as threat could drive them to team up with wider opposition.

Authorities’ attempt to portray Islamists as threat could drive them to team up with wider opposition. 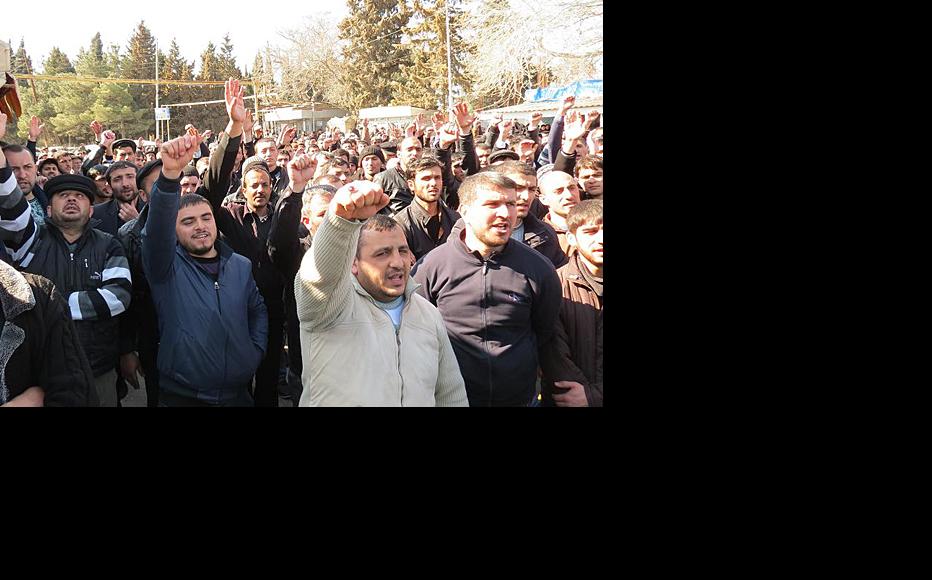 Nardaran is a village with a Shia shrine and a strong Islamic tradition. (Photo: Idrak Abbasov) 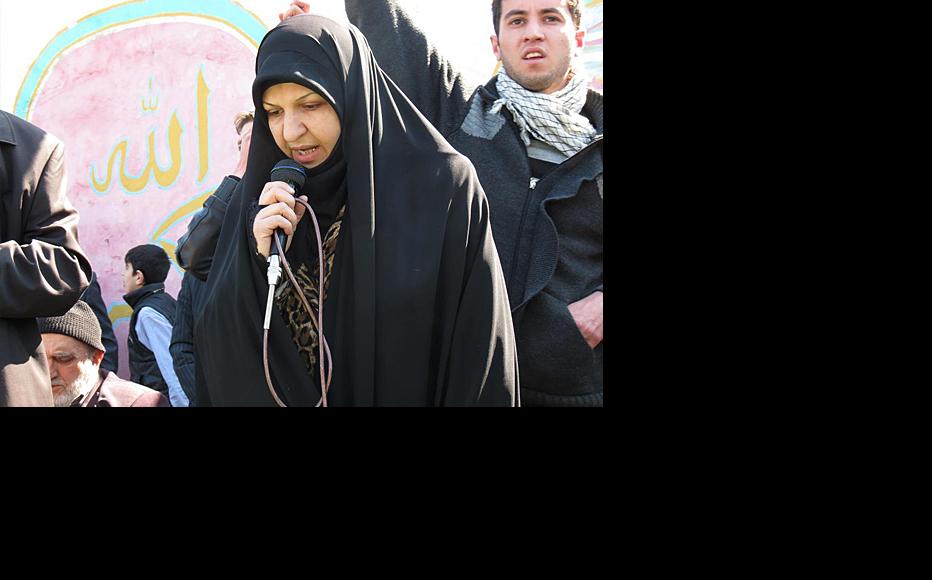 Azerbaijan is a Shia-majority country, like its neighbour Iran. The two states do not get on. (Photo: Idrak Abbasov) 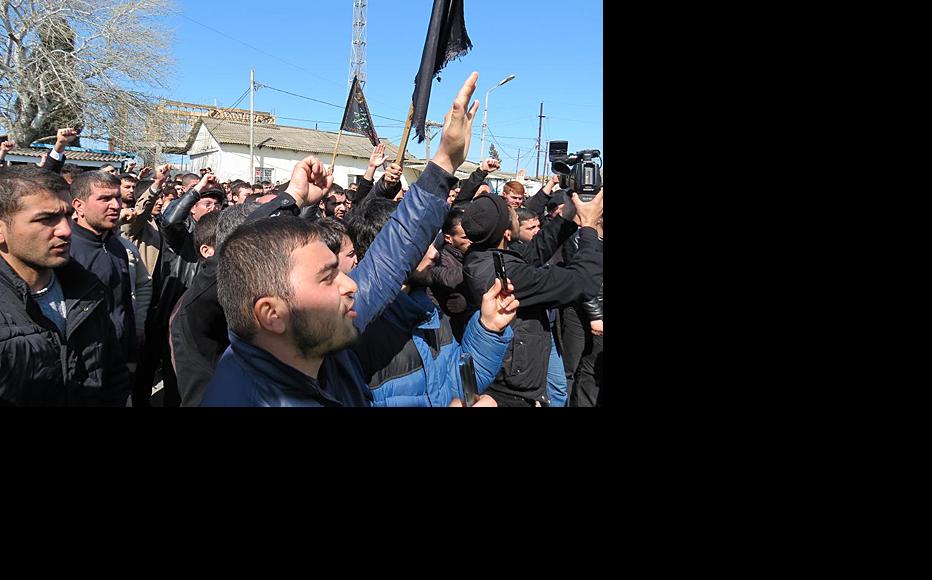 These protests indicate that Islamic activists are beginning to find common cause with the secular opposition. (Photo: Idrak Abbasov)
The link has been copied

The arrest of an Muslim theologian who preached against the government in Azerbaijan has sparked a new show of opposition in which representatives of secular parties have sided with Islamists.

Police arrested Taleh Bagirzadeh, 29, on March 31 and charged him with possession of drugs, an allegation often used against opponents of the government.

On April 1, devout Muslims and opposition activists took to Imam Hussain Square in Baku to show their support for Bagirzadeh.

Veysal Gasimov, a member of the opposition Popular Front party, was arrested and sentenced to ten days in jail for taking part in the protest, which attracted between 500 and 600 people.

Further demonstrations followed on April 2, in the town of Lenkoran close to the Iranian border, and in the village of Nardaran, a village 25 kilometres north of the capital Baku which is a focal point for Azerbaijan’s majority Shia Muslim faith.

Residents of Nardaran promised to carrying on protesting both in the village and in Baku until Bagirzadeh is released.

Government officials approached by IWPR refused to comment on Bagirzadeh’s arrest or the ensuing protests.

Yevda Arbamov, head of parliament’s human rights commission and a member of the governing Yeni Azerbaijan party, said the whole affair was a foreign plot designed to disrupt the presidential election due later this year.

“Even in Soviet times, Nardaran was under Iranian influence. Everyone in Azerbaijan knows that the residents of this village owe allegiance to Iran,” he told the Bizim Yol newspaper. “They’re artificially creating the impression that there’s some kind of dissatisfaction.”

On the Bagirzadeh case, he said, “Arrests of individuals are a legal matter, and everyone in Azerbaijan should respect the law. People who ignore the law must be punished; there’s nothing political about that.”

Muslim activists like Natiq Karimzadeh, head of the council of elders in Nardaran, insist that Bagirzadeh was arrested for his political views, expressed in sermons he gave in Baku and elsewhere.

In sermons shared on social media, Bagirzadeh compared the government to the Egyptian pharaohs, and called Muslims out into the streets.

“No matter how many evil-doers there are in this world, how many men in black masks and guns, Allah is with us. You have stolen people’s land, you have stolen the oil, and you still sit there with no one to say anything to you,” he said in one sermon. “Now you want to rule in the mosque too? No matter how influential an official is, he cannot rule inside the mosque.”

Nardaran was where the Islamic Party of Azerbaijan was founded in 1991. Despite being stripped of official recognition in 1995 on the grounds that faith-based parties are prohibited, and numerous arrests in recent years, the group still has more members than any other party.

In 2011, the Islamic Party’s leader Movsum Samadov was arrested and jailed after he compared President Ilham Aliyev to one of the most hated figures in the Shia religious tradition. (See Crackdown on Islamists in Azerbaijan.)

Other arrests have been linked to protests against a ban on women wearing headscarves in educational institutions.

Unusually for Nardaran, the recent protests there have featured political as well as religious ones. Local resident Ilgar Abbasov said this was only natural given that people were living under increasingly difficult conditions.

“There is no gas, there’s electricity just five or six hours a day. We protest, and everything gets fixed for a few days. But the problems aren’t solved. That shows that the government doesn’t want to resolve these problems,” he said.

Baku has seen several large protests so far this year, mostly provoked by anger over the deaths of conscripts in the army.

Any alliance between Islamic forces and opposition politicians would worry President Aliyev in the run-up to the autumn election.

Zardusht Alizadeh, a political analyst and director of the Baku School of Journalism, said the government was trying to rally support by exaggerating the threat of Islamic radicalism.

“They are using it to show the West that if they go, they’ll be replaced by Islamists. Apparently, an Islamist government in Azerbaijan is scarier than a corrupt one,” he said. “But things are gradually slipping out of the government’s grasp, and the Islamists’ protests have now reached a point where it isn’t going to end well for the authorities.”

Azer Rashidoglu, head of the Tolerant association, which campaigns for good relations among different faith and ethnic groups, said official policy appeared to be to “scare people by declaring there’s a battle between the secular and religious sections of society”.

In reality, he argued, the two groups had a lot in common at the moment.

“The Islamists’ rights are being violated, headscarves are banned, mosques are being destroyed, and it’s basically illegal to have a long beard,” he said. “But it isn’t just believers who are having their rights violated… it’s everyone. Most believers in the country are on the side of the democrats, and their aim is not to spread their religion, but to defend human rights.”