Endemic bribery and poor services are hampering the country’s response.

Endemic bribery and poor services are hampering the country’s response. 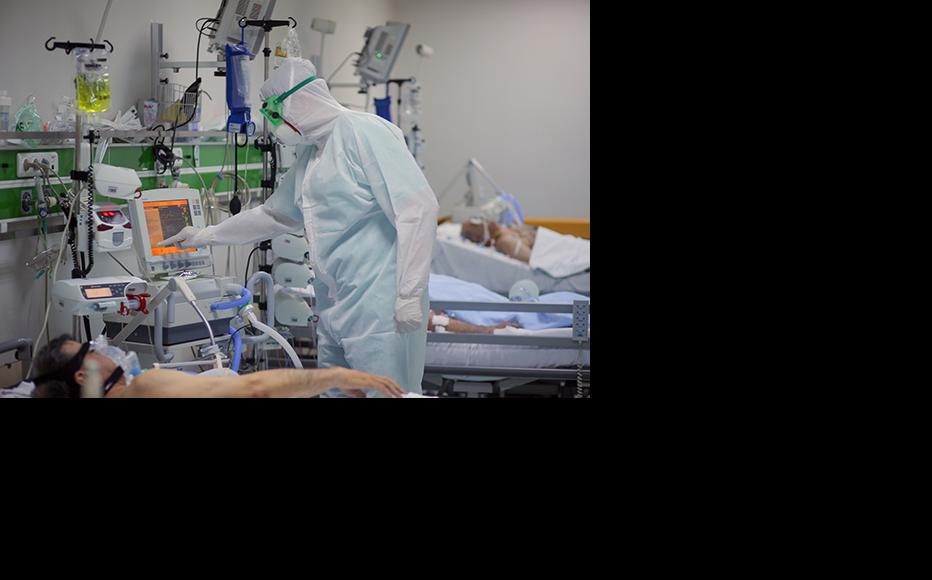 The weaknesses of Azerbaijan’s dilapidated health system have been brought into focus by the coronavirus pandemic, despite official insistence that services are fully capable of handling the crisis.

Azerbaijan’s health system has long been subject to criticism, with problems ranging from endemic bribery to poor medical services and underqualified doctors.

When the first case of coronavirus was reported in Azerbaijan in February, many wondered whether the country’s infrastructure was prepared for the coming ordeal.

Speaking at the March opening of a so-called modular clinic set up to deal with Covid-19 in Baku, President Ilham Aliyev talked at length about the number of medical facilities operating across the country.

“Since 2004, more than 750 medical institutions have been built or overhauled. I personally attended the opening of many of them,” he told reporters.

However, according to the most recent data provided by the country’s main statistical body, there were a total of 563 medical institutions operating in Azerbaijan in 2019.

And there is little public trust in a poorly staffed system rife with mismanagement and corruption. Those who can afford it routinely seek treatment abroad, particularly in Iran, Turkey, Europe and the United States.

Economist Gubad Ibadoglu said this was largely due to a lack of proper funding for domestic health care.

“Under the current circumstances, Azerbaijanis traveling abroad [for treatment] are caused by lack of fully functioning medical insurance. This is something that should have been in place a long time ago. There was demand for it and certain regulations were adopted but due to management issues, the implementation was never finalised,” he said.

Ibadoglu also cited the mismanagement of funds allocated for healthcare as another concern. Although the state doubled investment in healthcare between 2009 and 2019, from 402 million to 873 million AZN, this had not improved conditions.

Ibadoglu stressed that the budget also failed to translate into higher salaries for medical staff. Out of 873.6 million allocated for healthcare in 2019, approximately 388 million was envisioned for salaries. However, with 32,000 physicians and 54,000 other medical staff currently employed, this added up to only an additional 375 AZN per month for each person.

This generally low level of income meant that patients and their families were often expected to make unofficial payments at the facilities where they receive treatment. This has become standard practice, with some research indicating that informal payments may make up to 73.9 per cent of medical spending.

At the start of the pandemic, the government announced a set of rapid response measures to deal with coronavirus, including a presidential order establishing modular clinics to supplement 30 special hospitals dedicated to Covid-19 patients.

“These facilities are designed to ensure the efficient use of medical resources and provide immediate hands-on assistance through the special Covid-19 treatment brigades,” Ramin Bayramli, chairman of Azerbaijan’s Administration of Regional Medical Divisions (TABIB), said during a June 24 opening ceremony in Ganja, also attended by the president.

But Vasif Ismayilov, a urologist and well-known medical commentator, said that even with these additions, the country could not meet the soaring number of infections.

“Azerbaijan had plenty of time to prepare itself and its facilities to fight the global pandemic. And it did prepare as well as it could but I don’t trust the current indicators. If anything, the process has gone out of control,” Ismayilov said.

On June 25, WHO Regional Director for Europe Hans Henri Kluge placed Azerbaijan on a list of 11 countries, where “accelerated transmission has led to very significant resurgence that if left unchecked will push health systems to the brink once again”.

By early July, the number of officially registered active cases of Covid-19 was approaching 9,000, exceeding the capacity of currently available hospital beds in the specialised medical facilities.

Public trust in the authorities’ handling of the crisis was further damaged after an audio recording from Samir Nemetzade, a journalist with state television channel AzTV hospitalised with coronavirus, emerged on July 1.

“It’s bad. Someone is yelling. There is no toilet. There is nowhere to wash hands. It's bad here. It's very bad here. I am suffocating. I can’t breathe,” Nemetzade was heard saying. He died later than day.

After the audio was leaked, the hospital director Adalat Dadashov told local media that Nemetzade died because he had also suffered from a chronic condition.

As for the hospital conditions, the director said, “Nemetzade was placed in an ICU. Patients who are admitted to an ICU don’t use toilets. Our hospital is equipped with hot and cold water in all of the patient wards and there is no such problem.”

Meanwhile, TABIB spokeswoman, Revane Aliyeva said Nemetzade had died 40 minutes after being admitted to the clinic.

“Nematzade was placed in ICU and connected to artificial respiration. No access to water and toilets is suitable with ICU regulations,” she said, although she did not clarify how the journalist could have recorded a voice message while on a ventilator.

There has also been a lack of clear leadership on the issue.  At the start of the pandemic, responsibility for dealing with the crisis was handed to TABIB while Azerbaijan’s ministry of health, along with the minister Ogtay Shiraliyev himself, disappeared from the picture.

The last time the minister of health spoke publicly was on March 24 on the state-run television channel AzTV.

“The preventive measures taken in Azerbaijan against the coronavirus, stopped the flaring of the pandemic,” said Shiraliyev at the time.

Since then, his absence from the scene has been widely discussed on social media. Meanwhile, Azerbaijan’s state epidemiologist Abdulla Agayev said he had no idea what was going on in the country when reached for a comment by a news outlet on July 2.

“I am sitting here in the village,” Agayev told the journalist. “I have no television, no internet... so what if I am the head epidemiologist? I am also a human.”