Ilham Aliyev pledges to go after corrupt local government officials, though some see them as just the products of the system he heads. 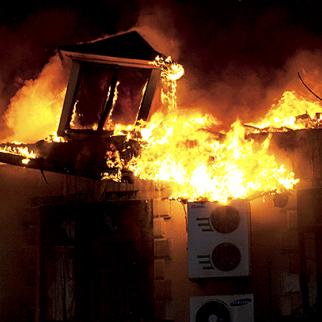 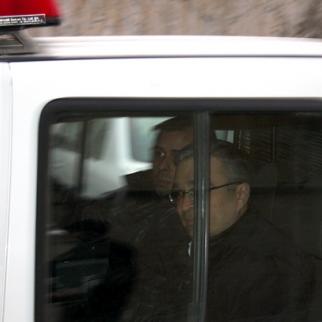 Ilgar Mammadov being driven away in a police car on the day of his arrest. (Photo: Aziz Karimov)

Ilham Aliyev pledges to go after corrupt local government officials, though some see them as just the products of the system he heads. 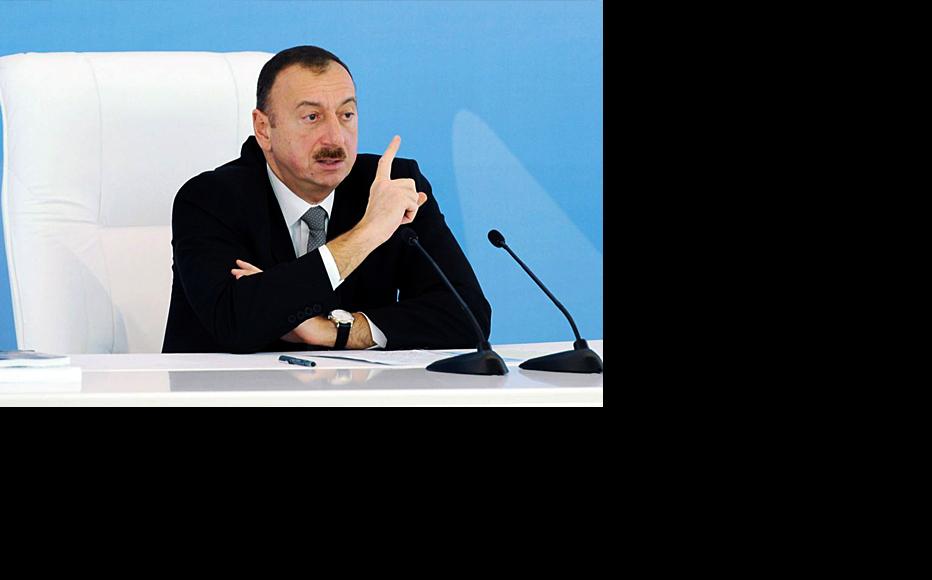 Azerbaijan's president Ilham Aliyev has sacked the head of a district where riots took place last month, in what some see as a way of dissociating himself from concerns about local-level corruption.

On February 14, the president dismissed Nizami Alakbarov, head of the Ismayilli district. The town of Ismayilli was the scene of rioting, sparked initially by an altercation involving his nephew, but expanding into a general outbreak of anger at perceived mismanagement and corruption in local government. The nephew’s father is Fizuli Alakbarov, Azerbaijan’s labour and social security minister.

After a list of Nizami Alakbarov’s assets, including factories, companies, buildings and land, was published in the opposition-leaning Yeni Musavat newspaper, President Aliyev expressed outrage at the behaviour of such local figures.

“They have become brazen about it. I warn you that if this happens again, the sons will be prosecuted and the fathers will be sacked from their jobs,” he told a February 12 conference dedicated, appropriately enough, to regional development.

There has been much discussion of exactly who the president has in his sights. All he gave away was that the individuals suspected of corruption “know who I’m talking about”.

A day before Alakbarov went, the media reported that of Asif Mammadov, head of Shamakhi district in central Azerbaijan, had been dismissed. There is speculation that three more district chiefs are facing dismissal.

Ali Hasanov, director of the political department in the presidential office, told the APA news agency that Aliyev had put all local government officials on a warning.

“I think all state employees and the heads of central and regional executives will draw their own conclusions from this criticism,” Hasanov said. “Decisions are being taken about those individuals who have failed to discharge their responsibilities and have not lived up to the trust the president placed in them.”

“The district heads just go through the motions when they responding to people’s complaints, even though they hold meetings with voters and travel around the villages,” she said. “There are serious problems with land being seized, shortages of land, abuses of power, cases where villagers’ land is used by other people, and disputes both between people and between them and the local authorities.”

“The district chiefs don’t resolve these problems, or else they aren’t able to,” she added.

After the Ismayilli riots, Aliyev waited over two weeks before taking action, causing some analysts to wonder whether he was struggling to control senior officials.

“By criticising his inferiors, Aliyev wants to deflect public anger away from himself and onto his officials,” Elkhan Shahinoglu, a political analyst with the Atlas think-tank, said. “In this presidential election year, he has decided to distance himself from his corrupt entourage. That might make him more popular with the people, but it would weaken his position in his own team.”

Other analysts doubted whether token dismissals would make any difference to Azerbaijan’s problems, which include high unemployment and a constant trickle of emigration to Russia.

Azer Mehdiyev, head of the Centre for Assisting Economic Reform, believes bad local officials are merely a reflection of the way the country is run.

“The heads of the districts, who are appointed and sacked by the president, behave like aristocrats,” he said. “The whole system of centralised power is built on the same principle. Local heads are not accountable to parliament or the people, and there’s no transparency to their behaviour. Corruption flourishes.”

Mehdiyev said a few personnel changes would do nothing to root out corruption.

“Serious changes must start, and start this year,” he said, warning of an impending “wave of dissatisfaction” both in Azerbaijan and among its foreign partners.

“Without changing the system and the regime, the nature of our government cannot change,” he said.

Isa Gambar, head of the Musavat opposition party, said the president waited too long to sack Alakbarov – he should have done it immediately after the riots.

“Everything Aliyev has done in the last few months has been dictated by preparations for the election,” he said. “Note the fact that he’s still unable to announce clearly that he plans to stand for re-election. However much Aliyev wants to be president for a third term, he realises that this will be viewed negatively both in this country and abroad, so he’s holding off on announcing his candidacy.”

Kamal Ali is a freelance journalist in Azerbaijan.