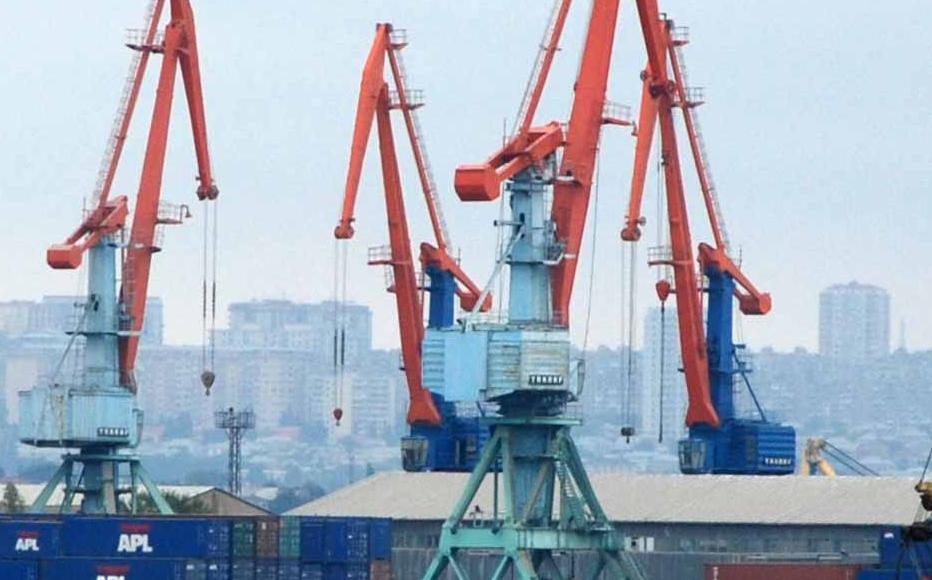 Cranes tower the Caspian Sea shore in Azerbaijan's capital Baku. The government in the oil-rich nation increased the costs of gas and electricity twice in 2021, but experts warn that there is no economic justification for the price hikes. © IWPR / Monica Ellena
The link has been copied

Public dissatisfaction with rising energy prices is growing in oil-rich Azerbaijan, with experts warning that there is no real economic justification for the price hikes.

The Azerbaijani government increased gas and electricity prices twice last year. Most recently, in October, 2021, the Tariff Council put up the price per cubic metre for natural gas from ten to 12 kopecks, with electricity prices rising from 18 to 20 kopecks. Those whose domestic usage exceeds 300 kilowatts per month will have to pay 25 kopecks.

Cefer Ebdulov, a 46-year-old resident of Ganja in western Azerbaijan, said that the repeated price rises had served to “oppress people”.

“We don’t have jobs or income but they increase the tariffs,” he continued. “For example, I work as a security guard. In the winter months, I have to pay at least 150 manats (58 US dollars) out of the 300 manats (176 dollars) I receive [for energy]. So that means going hungry. We are an oil and gas country, we should not be paying such prices.”

The growing discontent has drawn comparisons with the recent crisis in Kazakstan, where protests over increased fuel prices led to the worst unrest in decades.

Economist Qubad Ibadoglu said that both countries were equally dependent on oil and gas, although Kazakstan had a more liberal and diversified economy than Azerbaijan, and was also a more open place for foreign investors and trade.

As for their respective lack of democracy and personal freedom, he continued, “it is impossible to find a fundamental difference between the two countries”.

He noted that Azerbaijan sold gas to its own population for far higher prices than it did to other countries, adding that Turkmenistan paid just one kopeck per cubic metre, with Uzbekistan paying four kopecks, Kazakstan ten, and Russia 13 kopecks.

“The reason for the rise in prices is the policy pursued by state-owned companies in Azerbaijan,” he said, noting that these had recently been handed over to the management of Azerenergy Azerigaz Investment Holding, an enterprise established within the State Oil Company of the Azerbaijan Republic (SOCAR).

“This means that they are preparing to privatise the industry,” he continued. “The price increase in turn was made to make the sector more attractive to investors. Most likely, investors will be people close to the government.”

According to the International Energy Agency 2020 report, the cost of one kWh of Azerenergy electricity ranged between 4.1 and 5.7 kopecks depending on the method of production, with a transit fee of 0.2 kopecks.

The Tariff Council said that the increases had been justified by the sharp rise of natural gas prices on the world market, noting that costs had risen from 335 US dollars per 1,000 cubic metres at the start of 2021 to 700 dollars by the autumn.

“The International Energy Agency predicts that high gas prices will continue in the first quarter of 2022,” a statement from the Tariff Council read.

Natig Ceferli, an economist and member of the opposition Real party, said that these rises were irrelevant to domestic prices.

“Azerbaijan has significantly increased energy and gas production in recent years,” he continued. “It has become an exporter of both gas and electricity. The processes taking place in the world market should not have affected an exporting country like Azerbaijan."

For instance, he continued, Azerbaijan supplied 95 per cent of Georgia's gas and 25 per cent of its electricity. It also provided 20 percent of Turkey's gas. A further six billion cubic metres of gas would be supplied to the EU this year under the South Stream project, rising to ten billion next year.

“This means that Azerbaijan imports enough energy to be self-sufficient,” Ceferli continued. “Therefore, these factors should be taken into account in the price increase, taking into account the livelihoods of the population. But unfortunately, it is not."

He noted that between 2.5-3 billion cubic metres of gas was supplied to Azerbaijan free of charge of gas each year from the Azeri-Guneshli-Chirag field, operated by BP.

“The volume of gas used by the population is about 4.5 billion cubic meters per year,” Ceferli said, adding, “Financial assistance from the state budget in the future is already on the shoulders of the state. As subsidies decrease, the money lost through price increases is taken out of the pockets of the population, which is fundamentally wrong.”

Tofig Yagublu, a member of the opposition Musavat party, said the increase in utility prices was also due to corruption.

“But I think there is no economic explanation for the increase in electricity prices in Azerbaijan so far, because companies like SOCAR, led by Azereenerji, are multimillionaires and have inexhaustible wealth, of course due to the money they stole,” he said. “These state-owned companies always explain that the cost of the product they serve is very high and the state sells it cheap to its citizens. In fact, it does not do that. The reason for the rise in prices is corruption.”