President accused of trying to bribe domestic media by handing out free homes.

President accused of trying to bribe domestic media by handing out free homes. 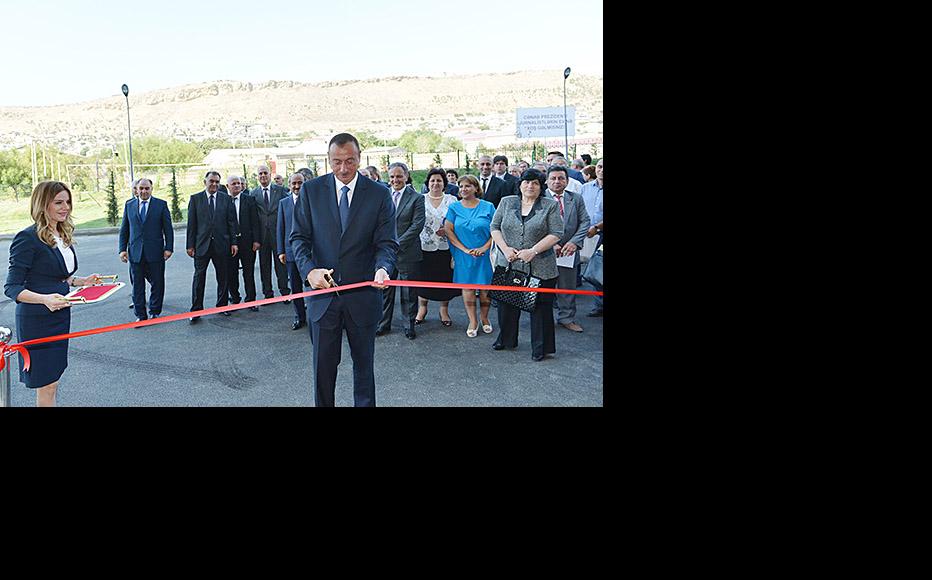 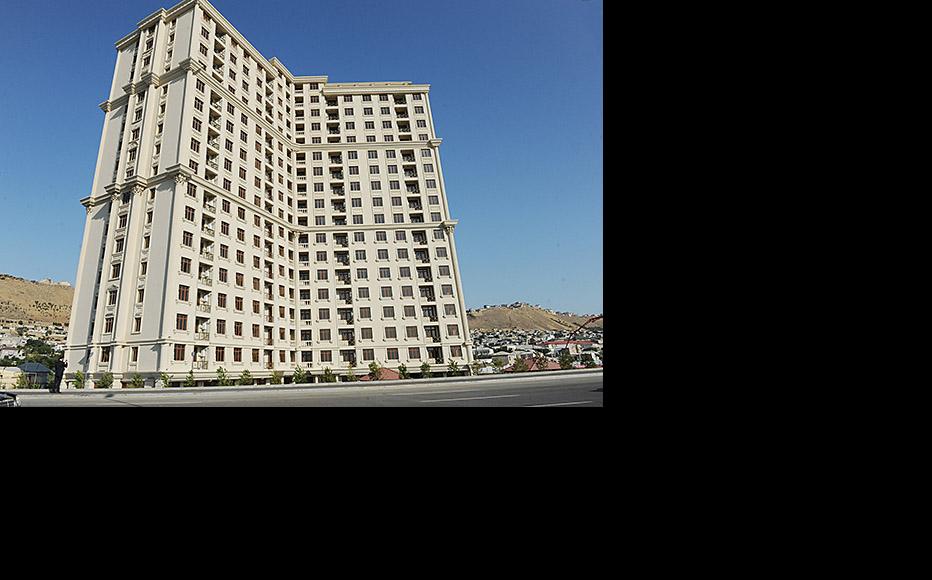 The lucky recipients get to own their apartments – but at what price? (Photo: Azerbaijani presidential administration’s official website)
The link has been copied

Opposition journalists in Azerbaijan have criticised President Ilham Aliyev for providing flats free of charge to reporters, arguing that he is seeking to ensure favourable coverage in the run-up to elections this autumn.

When the president officially opened a purpose-built apartment block in Bibi Heydat on the edge of the capital Baku on July 22, he said he was worried that the low wages paid to journalists left them living in poor conditions and unable to do their jobs properly.

“For the first time in world history, a home for journalists has been built and brought into use,” the president said, adding, “Journalists can’t get flats on their salaries.”

Aliyev said the homes would allow reporters to work free of outside interference, and criticised those who worked for foreign media outlets, saying they had the “psychology of slaves”.

“I don’t think their quest for help abroad is a sign of independence,” he added.

Built to contain 155 flats, the block in Bibi Heydat Baku cost the state five million manats, 6.5 million US dollars. According to the government, 350 journalists from print, online, radio and television applied for flats in the building.

The properties will belong to the journalists, who can sell them on or rent them out if they so wish.

Some 15 journalists from opposition newspapers like Azadliq, Yeni Musavat and Bizim Yol also received flats in the building, sparking strong criticism from Khadija Ismayilova, an independent reporter who has revealed details of the hidden assets of the president’s family.

“Why be surprised?” she wrote on her Facebook page. "You think that in a country where the state budget is being plundered, these flats would be given out fairly? If there was fairness, they would not need your silence. We have to acknowledge accept that five million manats has been used as a bribe to make the opposition newspapers accomplices to the crime.”

Ali Hasanov, who heads the political department in the presidential administration, denied that this was an attempt to buy journalists’ silence, insisting that instead it would boost their independence.

“Now no one can tell journalists what to write,” he said. “The president has shown his humanity and his concern for media employees, even those who criticise him. And people who didn’t receive flats this time needn’t worry – construction of a new building will shortly begin.”

President Aliyev announced that the same amount of money would go towards building a second block to house even more journalists.

Journalists who accepted the accommodation were unrepentant.

“My family and I have lived for more than 16 years in rented flats,” said Etibar Jabrailoglu who works for the Adalat newspaper, which although founded by independent parliamentarian Agil Abbas has a pro-government editorial line. “A large part of my salary went on paying for the flat and utilities, and that’s before paying for the education of my two children, for food, clothing and so on. I am very glad that at last my family’s housing problem has been solved. I could never have bought accommodation myself,” he added.

Another recipient was Rashid Majid, editor-in-chief of 525-ci Qazet. In the early 1990s, this was one of the newspapers most critical of the government, but it has supported the authorities for the last decade.

“I raised the question of flats for journalists in a speech in the presence of Heydar Aliyev in 2001,” he said, referring to the previous president, the incumbent’s late father. “I said that journalists’ salaries were very low, that they couldn’t buy flats and that the problem needed to be solved. At that time, the state wasn’t wealthy enough, but now it has the capacity, so a group of journalists including me have received flats,” he said.

Majid already has an apartment, but he said one of his three sons would move into the new place.

“My son has worked as a journalist for seven years. He’s getting married in September, and he will live in this flat. I intend to get another two flats from the state for my other two sons,” he said.

The only media outlet that refused to take any of the flats for its staff was the Turan news agency. Its manager Mehman Aliyev said he thought the flats were nothing more than a bribe.

“It’s basically buying journalists,” he said. “And, anyway, how many flats are there? There are at least 1,000 journalists who currently have these [housing] problems. Who’s going to solve their problems? Do they really need to build homes for all these journalists? And besides, how are journalists different to doctors or teachers in being given houses?”

“Azerbaijan needs a political and economic system that’s sufficiently advance to allow journalists to acquire accommodation by themselves, but these conditions don’t exist. That’s why I see the distribution of these flats as a bribe.”

Aygun Muradkhanli, who works for the opposition Yeni Musavat paper, was annoyed less by the principle than by missing out on the chance of an apartment. She staged a one-woman protest outside the presidential administration as a result, and was invited in for a chat.

“I found out that my name had been taken off the list three days before the official announcement,” she said. “However, my question – why flats were given to editors in chief who already owned a few places, and to totally unknown journalists – went unanswered. They promised that I’d get a flat in the new building.”