Azerbaijan Clamps Down on Karabakh Visitors

Foreigners who slip across from Armenia told they are unwelcome in Azerbaijan.

Azerbaijan Clamps Down on Karabakh Visitors

Foreigners who slip across from Armenia told they are unwelcome in Azerbaijan. 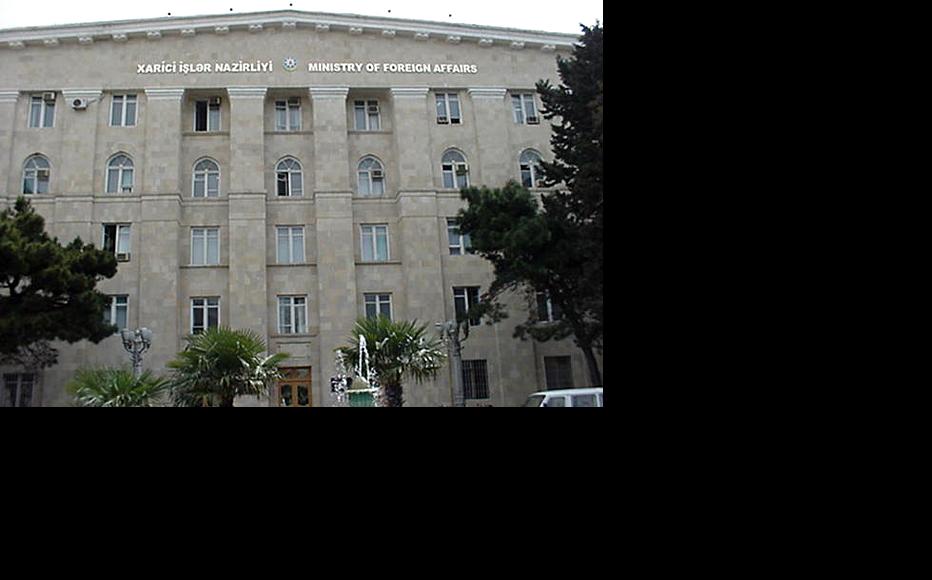 Foreign ministry in Baku. (Photo: Magerram Zeynalov)
The link has been copied

Azerbaijan has placed hundreds of foreign nationals on a blacklist because they have visited Nagorny Karabakh.

It is easy to cross from Armenia to Karabakh, which has been under a separate Armenian-run administration since a war with Azerbaijani forces ended in 1994 with a truce but no lasting settlement. Azerbaijan insists that since Karabakh remains its sovereign, albeit occupied territory, travellers should go through the same visa and entry procedures that apply to the rest of the country.

The blacklist includes parliamentarians from Britain, Canada, France, Russia, Argentina and Uruguay, eight members of the European Parliament, as well as journalists, photographers and others.

Elman Abdullayev, spokesman for the foreign ministry in Baku, said those on the list were not welcome in Azerbaijan, but added that their exclusion was not necessarily permanent.

“Any individual who has visited the occupied territory without our permission can apply to the relevant agencies in Azerbaijan to be removed from the blacklist,” he said. “The majority of those listed were fooled into entering the occupied territory. The Armenians gave them the false impression that they were just visiting the territory of Armenia.”

Abdullayev said many others escaped the ban by seeking Baku’s permission before entering Karabakh.

“In most of those cases, we responded in the affirmative, and hence we have not included these individuals on the blacklist,” he said. “For example, we heard from American journalists, representatives of the International Crisis Group, and a host of other international non-government organisations before they entered occupied Azerbaijani territory.”

Margarita Akhvlediani, a journalist who heads the Go Media group in Georgia, said she was stunned to find herself barred from entering Azerbaijan.

“I have worked as a journalist and editor across the whole of the Caucasus for more than 20 years, and I regularly travel to all the various regions, because journalistic work requires one to be there in person, otherwise one might miss significant trends and view, particularly in remote areas,” she said.

Akhvlediani confirmed that she visited Karabakh in June 2011, but disputed the legal basis for blacklisting her.

“Azerbaijan still has a rule that you only need to get approval for a visit to Karabakh if you need a visa to enter Azerbaijan, [but] Georgian nationals don’t need a visa,” she explained. “Azerbaijan is now planning to change the law… and it’s possible new requirements will be put in place. But it would seem that punishment comes first, while legislation will be passed only later.”

Zarina Sanakoeva is a journalist from South Ossetia, a territory which broke away from Georgian control at around the same time Nagorny Karabakh declared independence. She too has been barred from Azerbaijan for visiting Karabakh.

“Leaving aside the fact that it’s an ill-conceived move, and unjust in purely human terms, I think it’s doubtful that there’s any political benefit to be gained from it,” she said.

Eldar Zeynalov, director of the Human Rights Centre of Azerbaijan, conceded that the government was within its rights to ban people who interfered in Karabakh dispute, but questioned what it would achieve by barring entry to journalists, charity workers and artists.

Zeynalov said the list itself had “a very unfinished look to it”, with photographs next to some names but not others, and the section giving specific reasons for each individual’s travel ban frequently left blank.

“All this suggests the document was prepared in a hurry, primarily for internal consumption,” he said.

Zeynalov also noted that the list had been published only in Azerbaijani. Although the language uses the Latin alphabet, foreign names are transliterated. That means that, for example, Montserrat Caballé appears on the list as “Monserrat Kaballye”, French member of parliament Francois Rochebloine is called “Fransua Rosbluan”, and Caroline Cox of Britain’s House of Lords becomes “Baranessa Karolayn Koks”.

As Zeynalov pointed out, “That means many people who type their names into search engines won’t find themselves listed as persona non grata.”

Magerram Zeynalov is a freelance journalist in Azerbaijan.