State repression means that something as simple as a call for gender equality cannot be tolerated.

State repression means that something as simple as a call for gender equality cannot be tolerated. 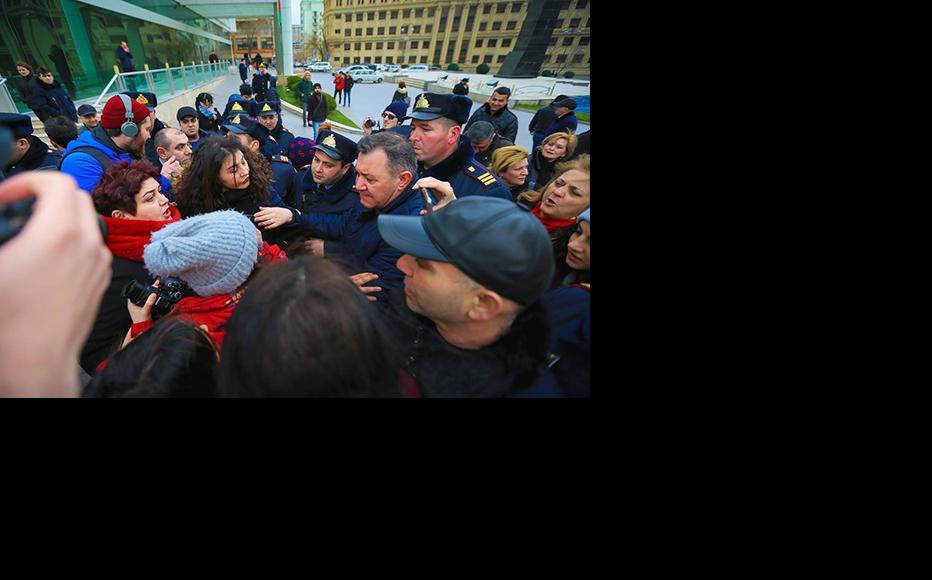 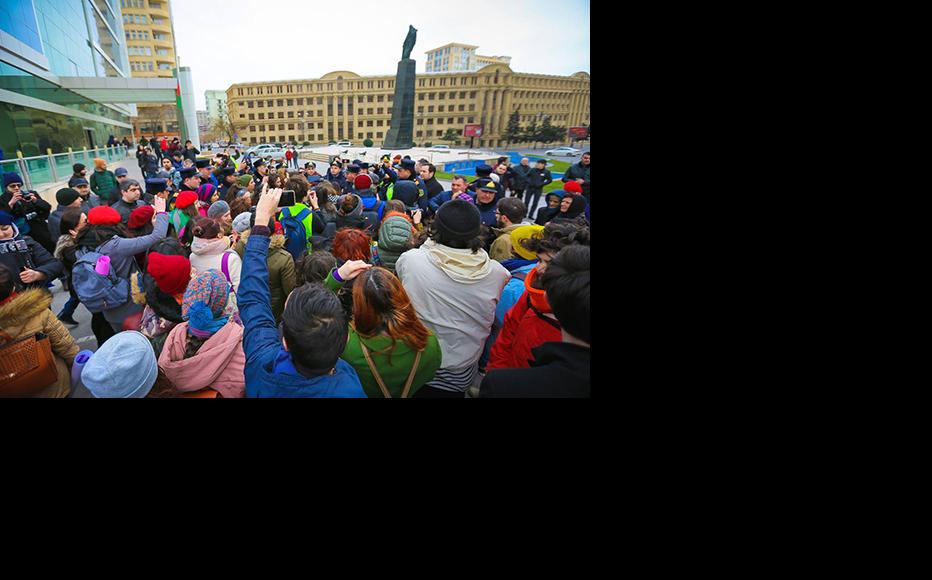 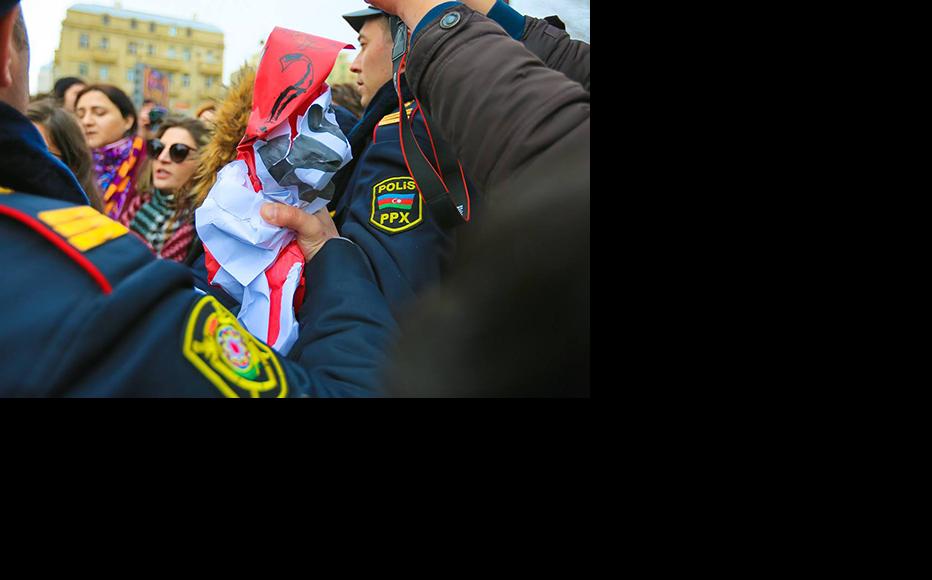 Women marching on the International Women’s Day in Baku. (Photo: AzadliqRadiosu)
The link has been copied

There is a famous statue called Liberated Woman in central Baku, showing a woman proudly casting off her veil. Erected in 1960 by Azerbaijani architect Fuad Abdurahmanov, it is intended to represent the emancipation of Azerbaijani women (the first in a Muslim-majority country to get the vote, in 1918). A mile away, another statue celebrates Khurshid Banu Natavan, Azerbaijan’s gifted and courageous 19th century poet, beloved for her lyrical ghazals.

Both statues represent important parts of the history of Azerbaijani women’s struggle for freedom in a traditional, patriarchal society. So it seemed a natural decision for a group wanting to mark International Women’s Day on March 8 by gathering at the Liberated Woman statue and marching together to that of Natavan.

Given Azerbaijan’s strict controls on public gatherings, and that this was the first-ever such International Women’s Day march, the organising Initiative of Feminist Women in Azerbaijan duly applied for a permit from the Baku city police department. Not only was permission denied but the day before the planned march, the police warned that any unsanctioned event would be dispersed. Undeterred, the women went ahead.

In other parts of the capital, the police stopped female commuters to wish them a Happy International Women's Day and give them flowers. Here, the protestors met with a very different reception.

Not from the police themselves, although they were out in force, but from a collection of older women, fruit and flower sellers, who charged into the crowd of protestors to shout at and harass them. There were slaps and shoves for both the marchers and the journalists covering the event. Some street sweepers were particularly eager to brush around the feet of women trying to march, accompanied by silent men dressed in black who looked suspiciously like undercover police officers.

Although the women who were marching asked police to help them and stop the harassment, the officers did nothing.

It is unclear what role these women were supposed to play, apart from battering the protestors. Some of those present appear to have been told it was a demonstration in favour of same-sex marriage. There is a video from that day showing one of the fruit sellers shouting at a protestor that it is wrong for a woman to marry another woman. Even after she is told that this was not the reason for the rally, she continues to harass and yell at the rest of the crowd. Later, activists circulated photos of the women who attacked them on social media in the hope of identifying them.

It’s not unknown for the police to recruit others to intervene on their behalf, such as supposedly spontaneous counter-protests by street cleaners or fruit sellers. And it was very useful for the police to use others to do the job for them on International Women’s Day, knowing that using violence on this supposedly special occasion would not look good for them. The police simply told the protesters to go home, and ushered them to the nearby metro station to force them onto trains.

So much for emancipation.

In some areas, Azerbaijan seems to have made progress.  It has ratified a number of international conventions on women’s rights and adopted laws on gender equality and domestic violence. Women make up nearly half of the workforce at 48.2 per cent. Azerbaijan ranks 47th out of 149 countries on Global Gender Gap Index in the category of economic participation and opportunity, leaving behind its immediate neighbors Armenia at 73 and Georgia at 85.

But the state has failed to tackle one of Azerbaijan’s most challenging problems - the mentality and traditionally dominant values that rigidly define a woman’s place in Azerbaijani society.

Early marriage and domestic violence are rampant. Sex-selective abortion means that Azerbiajan records some of the lowest female to male sex ratios at birth in the world, just above China.

Out of 125 parliament members, only 20  are women. Azerbaijan ranks 80th out of 189 countries on UN’s Gender Inequality Index,  with little movement in decades .There are no women in high-ranking positions of power, with the exception of the first vice president - who happens to be the first lady Mehriban Aliyeva - and the head of the State Committee for Family, Women and Children affairs.

These issues were what the Initiative of Feminist Women in Azerbaijan wanted to highlight on March 8.

“We objected that our women must seek permission for each of their actions from their fathers, brothers, husbands - in short, men. We objected that women are beaten or murdered when they act without permission… We went out because domestic violence has reached an unprecedented level due to police negligence,” Nisa Hajiyeva, one of the organisers of the march, wrote on Facebook.

For a brief moment in January, the authorities appeared to be relaxing their stance on protest. They took the rare move of allowing an official rally on January 19 to come out in support of jailed blogger Mehman Huseynov and other political prisoners.

But with their attack on the March 8 event, the authorities made clear that there would be no real softening of their draconian rules. In Azerbaijan, intolerance and repression mean that something as simple as a group of women calling for their rights cannot not tolerated.

The organisers still said it had been a success and vowed to prepare better for next year, taking into account the possible forms of resistance and even violence they could face. What remains to be seen is whether the state will again try to shame those standing up for gender equality in Azerbaijan, just across the street from the statue of a liberated woman.

Giving Voice, Driving Change - from the Borderland to the Steppes
Azerbaijan
Women's rights
Connect with us