“First they destroyed opposition-leaning and independent media inside the country, and then they shifted to the international media."

“First they destroyed opposition-leaning and independent media inside the country, and then they shifted to the international media." 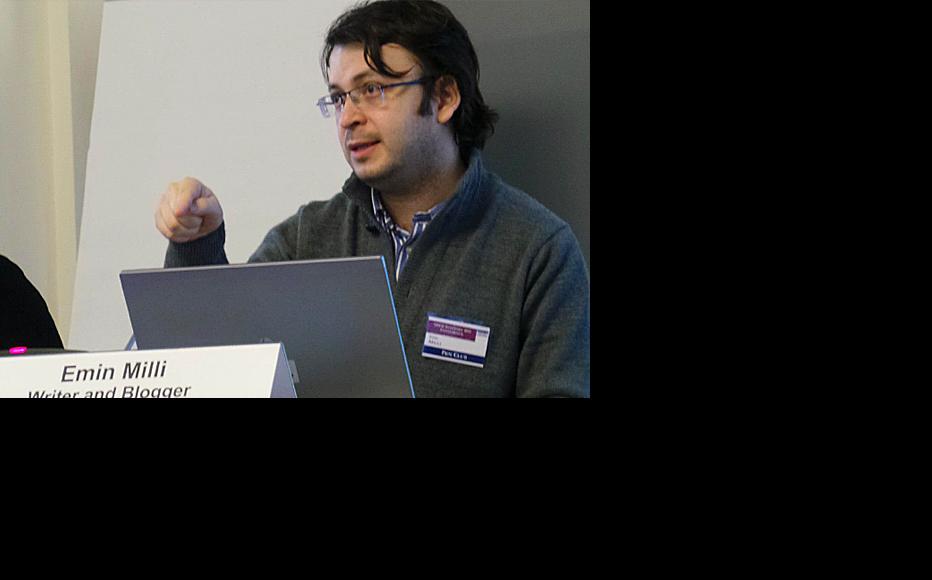 Emin Milli. (Photo courtesy of E. Milli)
The link has been copied

The authorities in Azerbaijan are continuing a campaign to suppress the online channel Meydan TV by imposing travel bans on journalist who have been associated with it and even harassing relatives.

Operating since 2013, Meydan TV carries material critical of the Azerbaijani government and its policies. In recent months, reporters who have filed material for the online platform have been questioned. In mid-September, journalist Shirin Abbasov was arrested and charged with resisting police. (See Meydan TV Latest Focus of Azerbaijan Media Clampdown.)

The authorities have now launched investigations into the tax situation of four former employees of Meydan TV. One of them, Aynura Ismayil, who is currently in the United States, says she is now the subject of a criminal investigation.

“They say that while working with the media outlet, I received illegal earnings and avoided paying taxes,” she wrote on her Facebook page on October 22.

As with Abbasov and others associated with Meydan, Ismayil says her case is being dealt with by the central police department for combating organised crime. She says that for the year she spent working before leaving to go abroad last year, she paid taxes on her writer fees in full.

“The tax agency can verify this on the internet; it’s public information,” she continued. “We’ve checked it ourselves and seen that the government owes me nine manats.”

Another of those under investigation, Ayten Farhadova, is subject to a formal ban on travelling outside Azerbaijan. She too says her tax position is impeccable and publicly available.

A third journalist, Aysel Umudova, was stopped at the border on October 21 and prevented from travelling on to Iran. She was told she could not leave the country because of ongoing investigations into Meydan TV.

Where Meydan TV staff are abroad, the authorities have turned on their relatives. In July, the brother-in-law of Emin Milli, who set up the online TV platform, was arrested on drugs charges, a case that Milli described as “absurd” and a clear attempt at intimidation. (See From Exile, Journalists See Relatives Targeted in Azerbaijan.)

On 13, two brothers of Meydan TV editor Gunel Movlud, who is living in Georgia, were arrested. Raji and Vekil Imanov have also been accused of narcotics offences and placed in pre-trial custody for four and three months, respectively.

“These arrests are directly linked to the unlawful actions taking place with respect to Meydan TV,” the Imanovs’ lawyer Nemat Karimli said.

Movlud agrees. “It’s clear these arrests are connected to my articles and my work with Meydan TV. A month ago, my father was dismissed from his job. My brothers and two other relatives have also been sacked because of me,” she said.

Azerbaijan’s interior ministry, which runs the police force, put out a statement saying the Imanov brothers had not been arrested for political reasons.

Ulvi Hasanli of the NIDA civic movement believes the current focus on Meydan TV is just part of a concerted and protracted campaign to crush all forms of independent media in Azerbaijan.

“First they destroyed opposition-leaning and independent media inside the country, and then they shifted to the international media. That process began with closing down the Baku office of Azadliq [RFE/RL] and it won’t finish with Meydan TV. They will shut down all of them, from start to finish. I imagine that after Meydan, it will be the turn of Voice of America and other small islands of international media,” he said.

At the end of December 2014, officials raided and sealed the Baku office of Radio Free Europe/Radio Liberty (RFE/RL), a broadcaster funded by the United States. This came three weeks after the arrest of Khadija Ismayil, a leading investigative journalist who also worked for RFE/RL. Ismayil was given a seven-and-a-half prison sentence on September 1 – ostensibly for financial wrongdoing rather than for her probes into the business dealings of top Azerbaijani officials. (See "They Won't Break Me," Says Jailed Azerbaijani Journalist.)

“The Accreditation Rules for Foreign Media Representatives in Azerbaijan were approved on March 18, 2015. Unfortunately, despite the numerous warnings given to the Interaz and Euroaz television channels, Voice of America radio, the Meydan-TV website and a number of other foreign media agencies and employees, they are still not following the rules, and they are operating illegally in this country,” he told the Azertaj news agency in September.

In early October, Azerbaijan’s chief prosecutor Zakir Garalov accused “certain NGOs” and unspecified journalists of engaging in “corrupt schemes” to receive grants from “foreign patrons”, and warned that they would face prosecution.