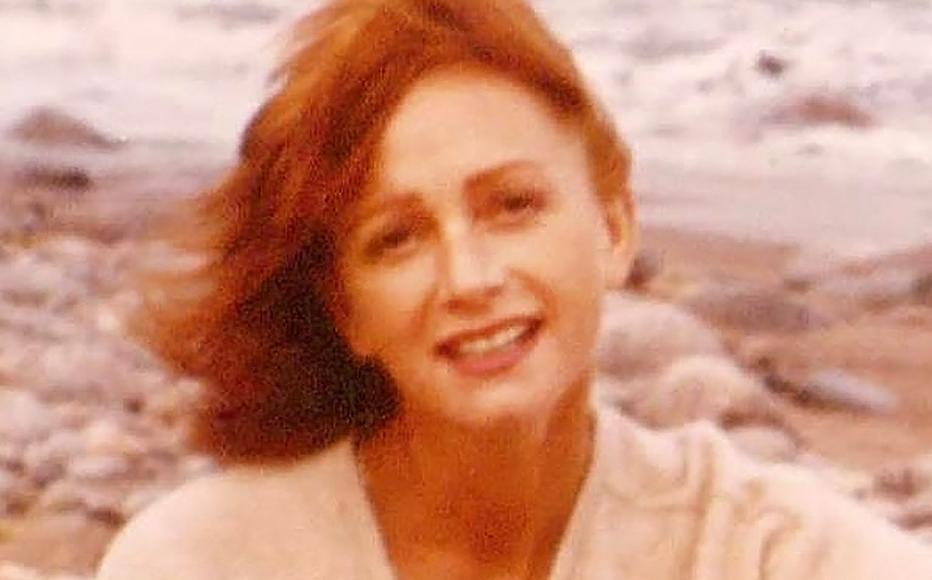 An intrepid young reporter who travelled extensively in post-war Europe and the Middle East, Audrey Poe brought commitment, flair and a spirit of love to everything she did. She was the inspiration for the founding of IWPR.

Audrey Poe Borden, who passed away September 18 at the age of 93, was a journalist, teacher, artist and story teller. A Memphian by birth, she travelled extensively as a young reporter, then married and raised a family in the New York suburbs, before moving back to Tennessee and living in Lewis County for the past half century. Charming, witty and in her day a great southern beauty, she was an independent, inspirational woman widely loved by the community, her students, her family – and her many pets.

A graduate of Memphis State University in 1947, and regular contributor to the Memphis Commercial Appeal, Audrey achieved a master’s degree in 1950 from Columbia Journalism School in New York City (signed by then-university president Dwight D. Eisenhower) and travelled across post-war Europe and the Middle East as a reporter for the Scripps Howard News Agency. With a plan to investigate the Sister Cities program, through which American towns were supporting reconstruction across a devastated continent, she remained in Europe for several years, spending particular time in Turkey and Yugoslavia. Audrey combined writing articles and producing radio programs with teaching English when funds got short. The experience was transformative, and so present were her memories that even until recently, she could still sing an entire folk song in Turkish language.

Her most famous intrigue was to secure an interview with the Yugoslav communist leader, Marshal Tito. Tito had broken with the Soviet Union’s Joseph Stalin and was promoting an independent, non-aligned course. Audrey travelled across Yugoslavia, writing articles about the population, their human struggles and their hopes. Finally, she discovered Tito’s aunt, and lived with her for a couple of months, learning local customs and joining in dances wearing the local ethnic dress. Until one day, the aunt finally said, “You know, you really must meet my nephew...”

The extended article that resulted is more about the adventure of gaining the interview than politics and international affairs. The girls almost oversleep, and have to scramble to get dressed and meet the car. Tito is charmed by them, teases them and gives them a few general remarks about his world view before sending them off. Yet the madcap affair was perfectly captured by the headline: “The Man Who Said No to Stalin Says Yes to Audrey Poe”.

Returning to the U.S., Audrey met her future husband, the widower Arthur Borden, an attorney in New York, who had been seeking a Columbia University graduate to assist him on a research project. The article was never written, but this period, too, was transformative.

Audrey cut a dash in the cultural, society and charity realms of New York City with her Delta drawl, fiery red hair and boundless enthusiasm. From the suburb of White Plains, Audrey raised Erica, Ross and Mark, and give birth to a further three children, Lindsay, Andrew and Anthony. Setting aside her professional career, she threw herself into the role – overseeing a rambling home, dedicating herself to school and charity committees, and hosting glittering parties with business, cultural and political personalities. Audrey had style – gleaned from her European travels – and loved candles and roaring fireplaces, so that on such evenings the entire house shimmered with flickering flame throughout.

As a mother, education remained her priority, and Audrey ensured that the children attended excellent schools, universities and graduate schools. She was as proud of these degrees as of her own. She retained her southern heritage, attending the Manhattan Church of Christ, and visiting Memphis. And she sustained and developed connections from her journalism days, receiving Tito on a visit to New York, catching Castro and Robert Kennedy for short interviews, and hosting at home Thomas Mboya, one of the founding fathers of Kenyan independence. With Audrey’s urging, Arthur undertook the legal work on a pro bono basis to incorporate the registered charitable organization which hosted the African educational exchange program which first brought Barak Obama’s father to America.

These were times of social change, and Audrey simply did not believe the idea that one’s skin color should make any difference – one way or another – to anyone’s life chances. She supported Martin Luther King, Jr., and was distraught that her home town would be associated with his assassination. She volunteered for inner-city substance-abuse programs, and spent many hours on charity work in New York City. When a family from Memphis, the first black people to seek to move into the neighborhood, had difficulties buying the house next door because of local resistance, Audrey mobilized to help ensure they could complete the purchase.

Following a divorce, her affection for Tennessee brought her to reside in the farming community of Riverside. She took great pride in owning crop-producing land, and loved the nature and her many animals, the Buffalo River and the local Patton’s general store – and the southern ways. It also allowed her to be closer to her parents, her beloved sister Lucile and brother-in-law Glenn Poague, her brother Col. Clarence Lee Poe, Sr. and sister-in-law Alma.

Returning to her original profession, Audrey taught school, and studied for a further degree in special education, a particular passion. She was known for her positive, encouraging manner with all students. For many years, the Lewis County High School dining room was adorned by an enormous mural of panthers and other animals – an all-school project on which she deployed her considerable artistic talents. One of her favorite ventures was to organize a trip for the senior class one year to travel to Jamaica.

While her mother was aging, Audrey commuted to Memphis to teach in an inner-city school there. A notable moment was a rap tune she worked up with the all-black class; sung to the raucous, rhythmic banging of desktops, the chorus ran: “President! Anyone Can Be President!” Her accomplishments as an educator were recognized in 1987 when Lewis County – on the initiative of a group of students – officially declared an “Audrey Poe Borden Day”.

Throughout her life, Audrey believed in the power of words. The daughter of a Church of Christ preacher, she had a deep faith and believed above all in the Bible. For her, Christianity, humanity and the natural world were all expressions of God’s love, and she lived each day perceiving the best in everything – and in everyone. As she said, “Nature is so beautiful, I simply don’t see how anyone could not believe in God.”

Upon retirement, she enjoyed summer visits from her grandchildren, reprising her role by teaching them to paint, listening to her youngest grandson play guitar and talking over their school and sporting successes. With strong local support group, it was her enormous pride that she was able to live independently until a final short illness, taking pleasure in the farm every day, discussing politics and listening to audio editions of The New York Times, spoiling her last dog, Lady, and sharing her endless tales.

In recognition of her life, and her close friendship with her late neighbor Irene Patton – who for many decades ran the local country store with her husband Marvin – the Riverside community requested that the State of Tennessee name the historic “train bridge” over the Buffalo River in their honor. Signs at the location commemorating these two powerful, soulful women were installed just weeks ago.

A version of this article first appeared in the Lewis County Herald, Hohenwald, TN.