Grand architecture aims to reinforce national identity, but the human reality is different.

Grand architecture aims to reinforce national identity, but the human reality is different. 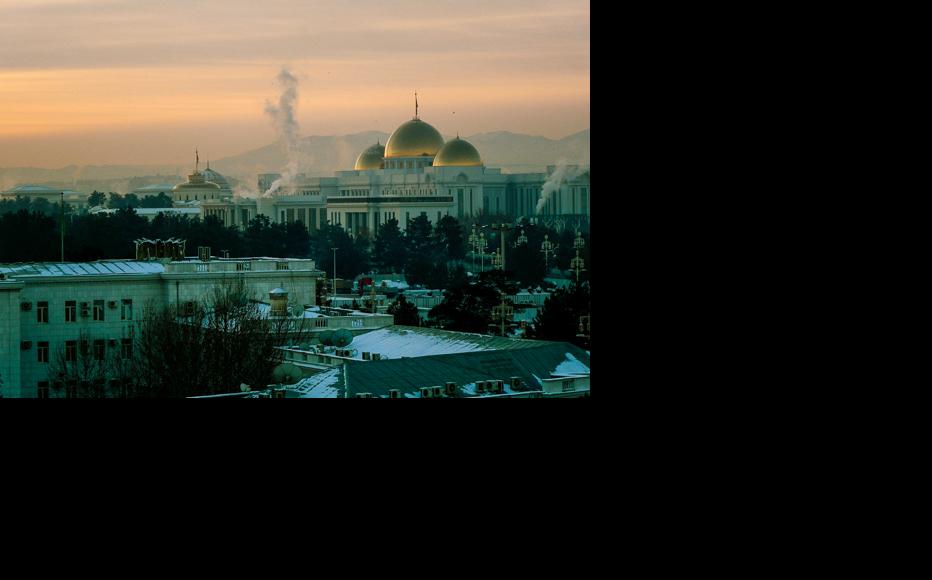 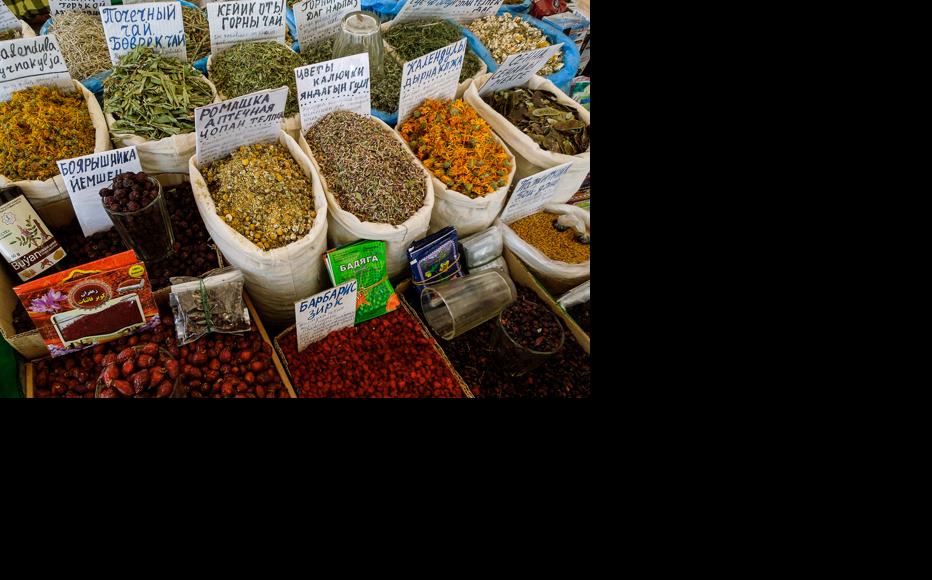 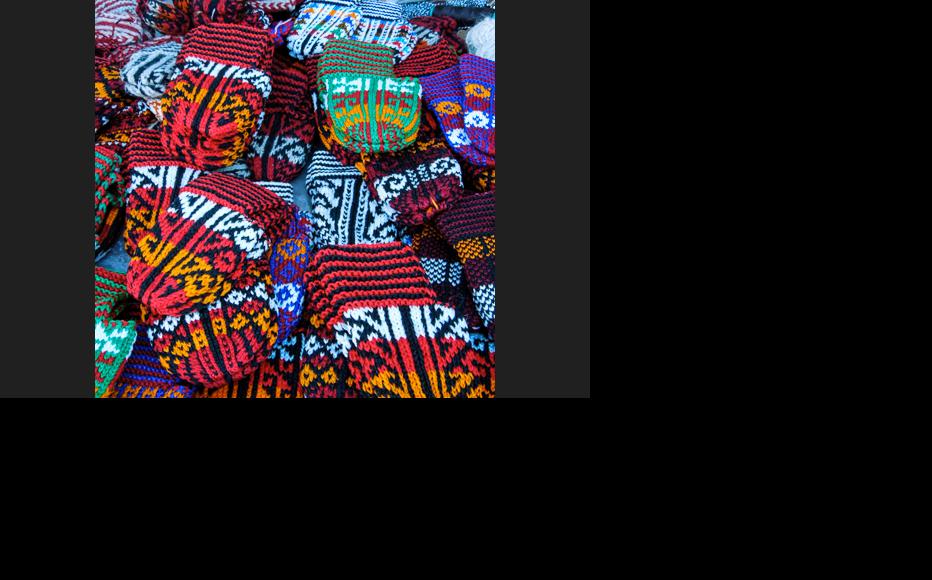 Traditional patterns are used for on hats, clothes and, most importantly, carpets. (Photo: Helen Stevenson) 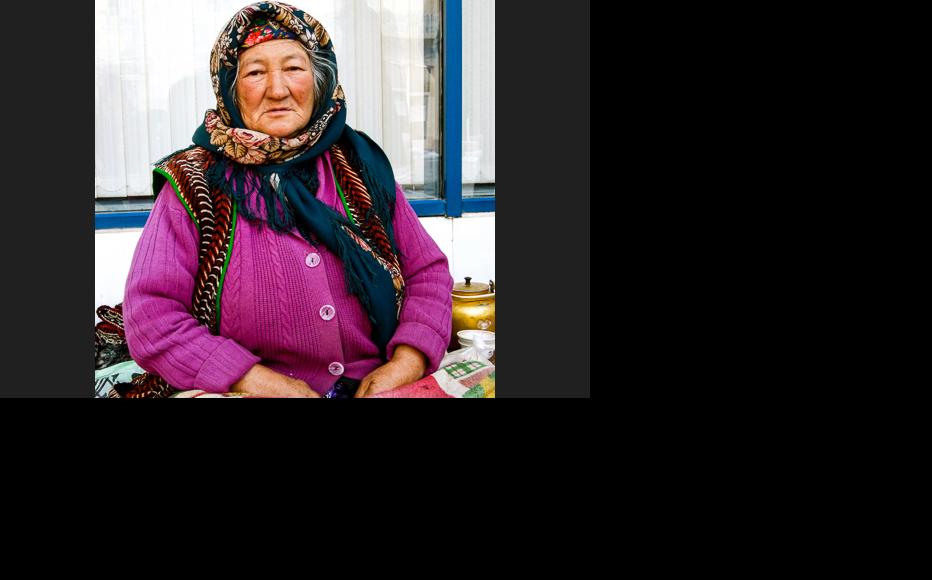 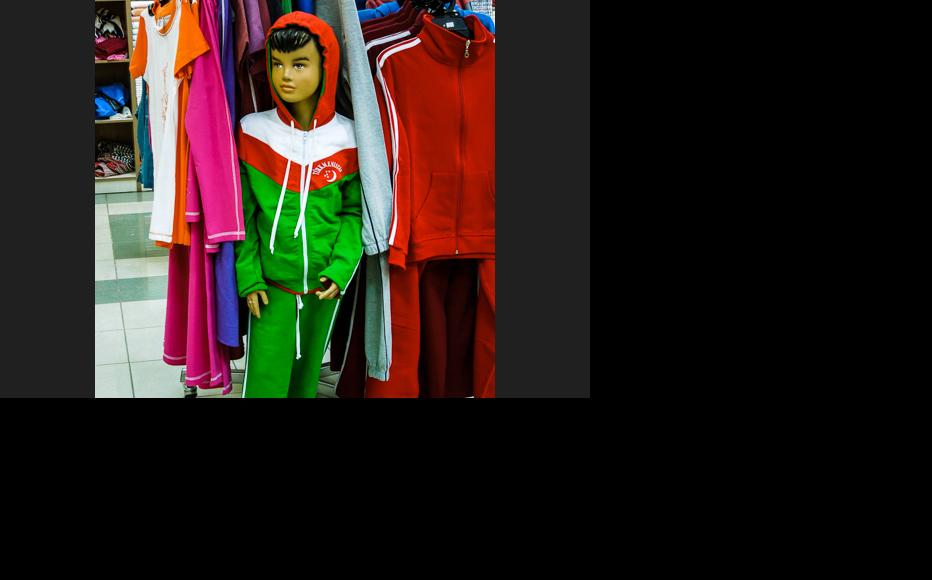 Lots of goods are imported, but items featuring the national flag are popular. (Photo: Helen Stevenson) 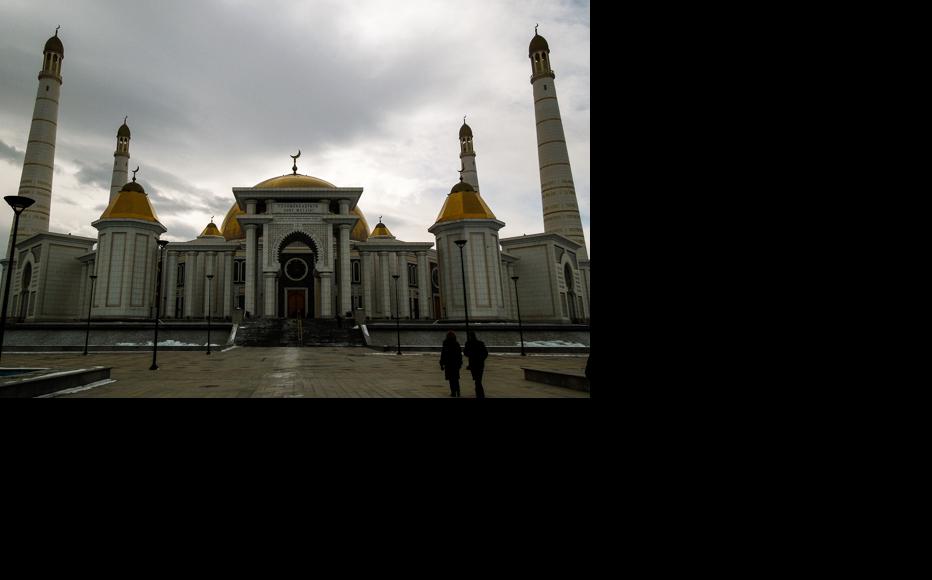 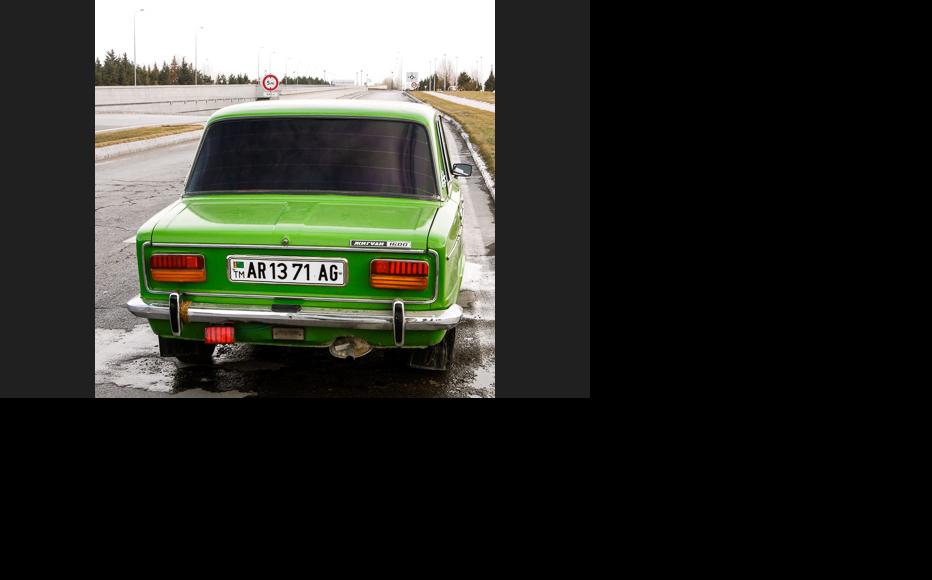 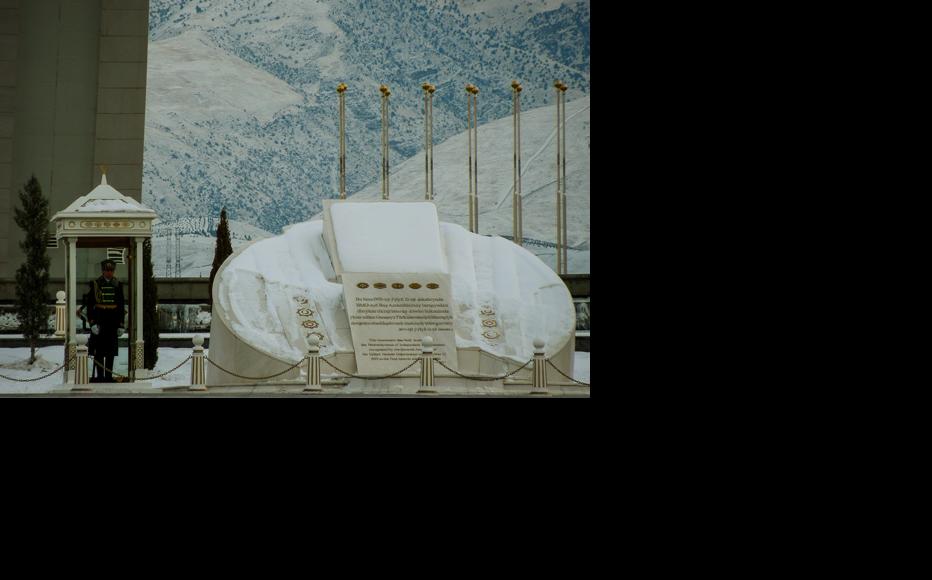 A monument to Turkmenistan's neutral status, recognised by the UN ever since 1995. (Photo: Helen Stevenson) 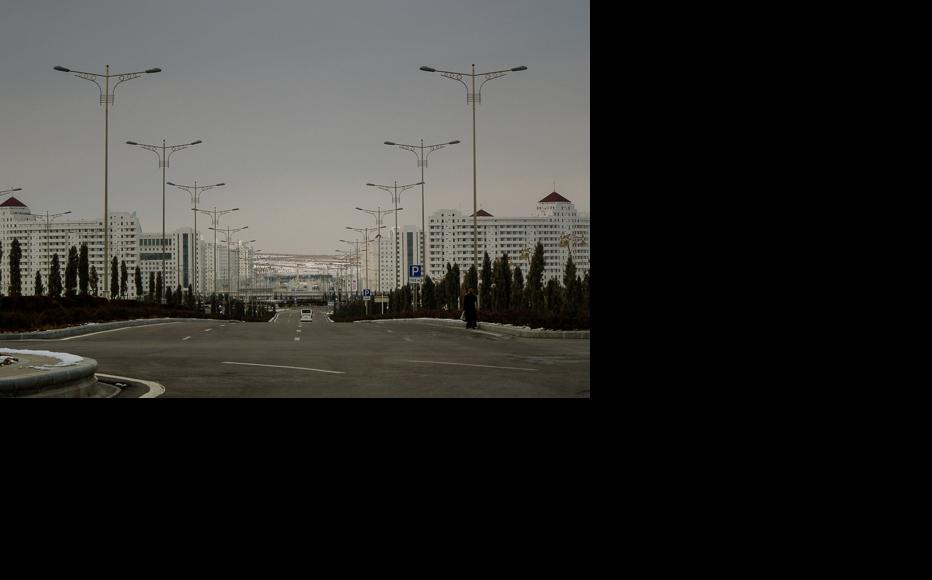 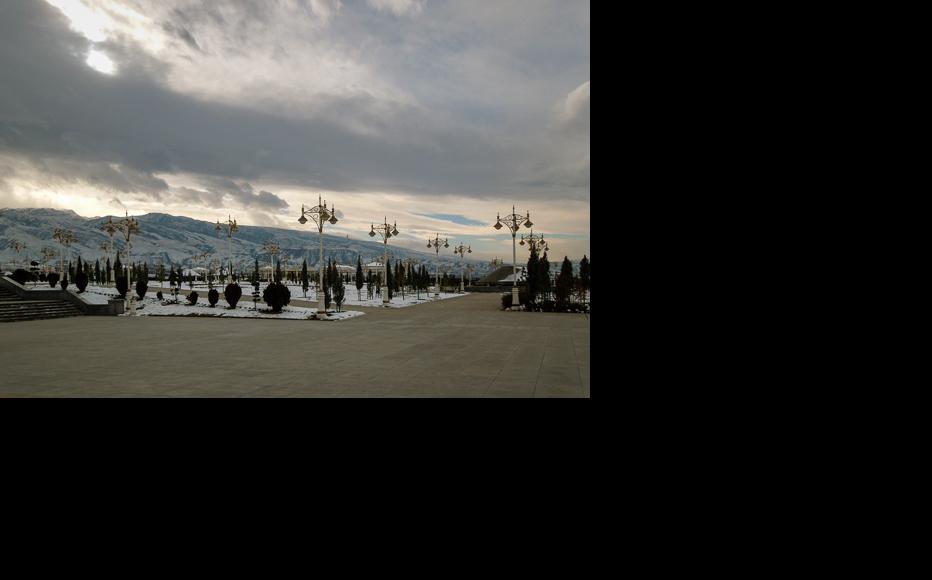 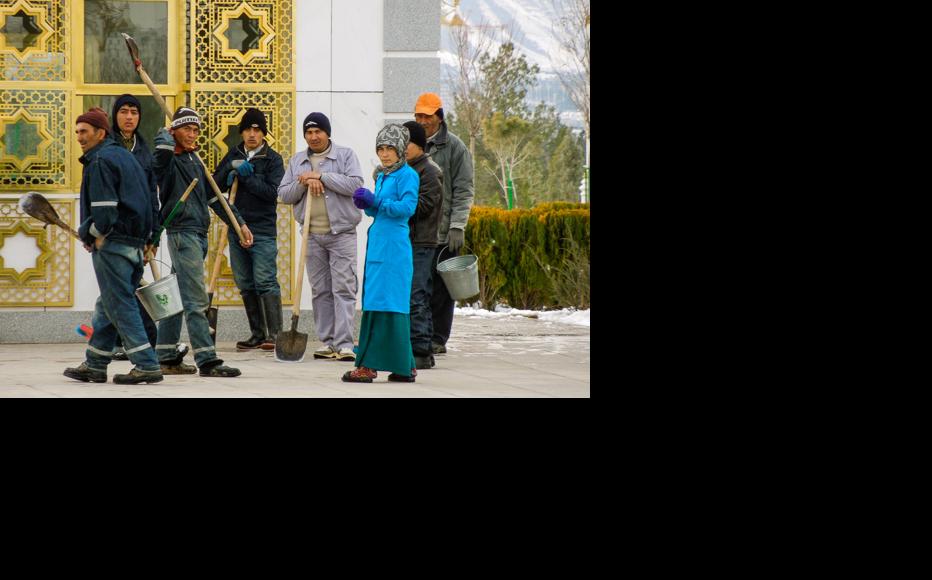 Many Turkmens seek work in the capital. (Photo: Helen Stevenson) 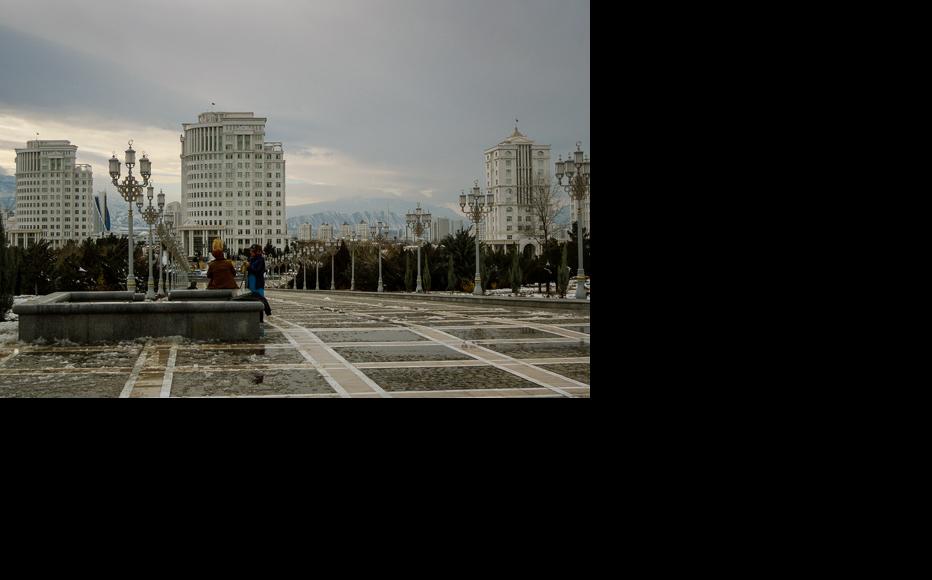 Buildings against the backdrop of the Kopetdag mountains. (Photo: Helen Stevenson) 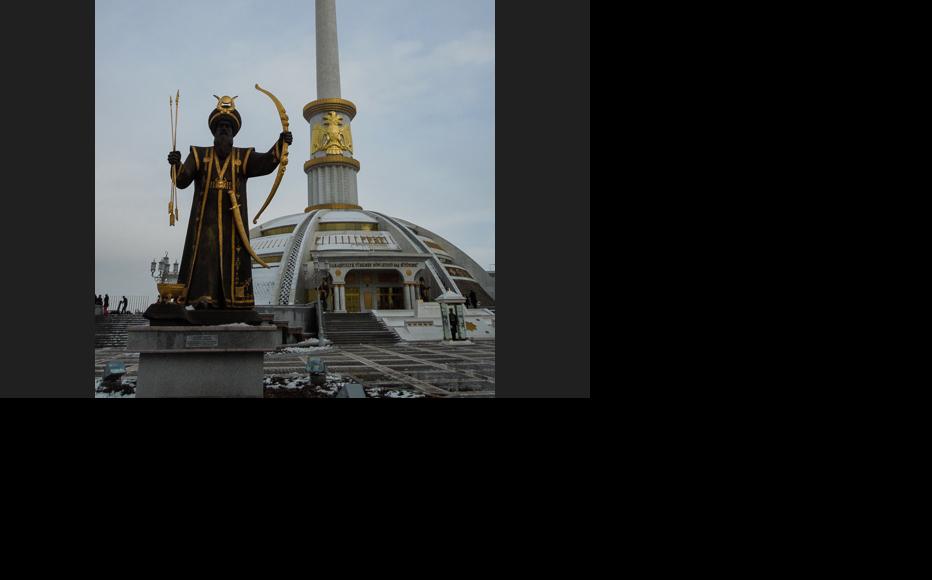 The monument to Turkic mythologic leader Oghuz Khan against the backdrop of a Turkmen independence monument. (Photo: Helen Stevenson) 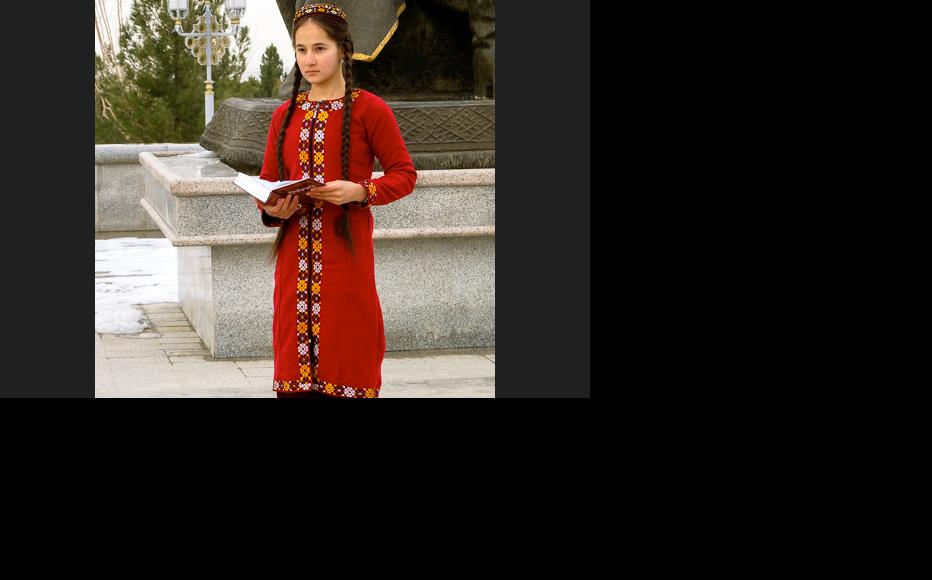 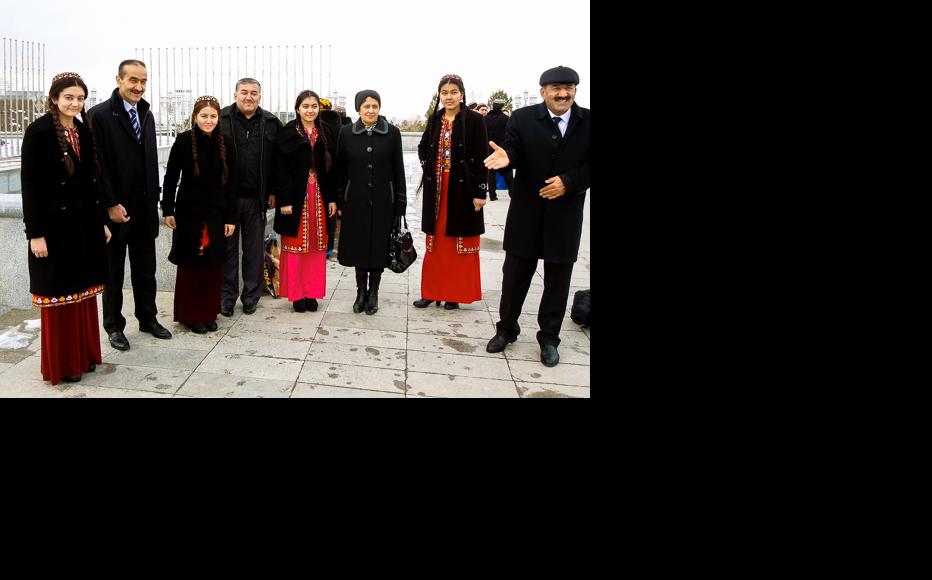 Hospitality is very important for this Central Asian nation. (Photo: Helen Stevenson)
The link has been copied

There are portraits and statues of the two men everywhere in the city, which has been built on a large scale.

Ashgabat has made it into the Guinness Book of Records with the world’s biggest carpet, the greatest number of fountains in a public place, and the largest architectural star, positioned on the façade of the city’s television tower.

Located along the ancient Silk Road, the city was founded in the late 19th century as Tsarist Russia’s administrative centre for the trans-Caspian region.

After independence, oil and gas money quickly transformed the city, with old neighbourhoods bulldozed and new ones springing up overnight.

(See Homes Demolished in Ashgabat and Housing Market Confused but Booming in Turkmenistan).

Its architectural style has been called Muslim modernist, linked to that of the Gulf cities and Azerbaijan’s capital Baku, another post-Soviet city boosted by oil profits.

But its immaculately clean centre is almost completely empty of people, despite its population of around a million.

Locals avoid the streets and avenues along which the presidential motorcade is likely to pass, one Turkmen activist told a Human Rights Watch event on June 27.

"People [who live in the centre] cannot approach the window or turn on the air conditioning,” said the activist, who asked to remain anonymous. “People are afraid of walking in the streets.”

Ashgabat’s grand scale also bears little resemblance to the rest of Turkmenistan. Outside the capital, most Turkmens are forced to live very simply.

“All investment in the country is targeted at Ashgabat and Avaza, a resort on the Caspian Sea. All other regions are underfinanced,” said another Turkmen activist at the same event.

Ordinary people face myriad restrictions on their human rights and are not allowed to travel out of the country without hard-to-obtain exit visas. Turkmenistan was ranked third from last in the 2016 World Press Freedom Index.

There is a huge gap between the rural and urban populations and tribal divisions, as well as high levels of discrimination against ethnic minorities and limited access to health facilities and education.

Away from the gold statues and sumptuous fountains of central Ashgabat, life in Turkmenistan looks very different.

This publication was produced under the IWPR project Strengthening Capacities, Bridging Divides in Central Asia, funded by the Foreign Ministry of Norway.

Turkmenistan
Regime
Connect with us