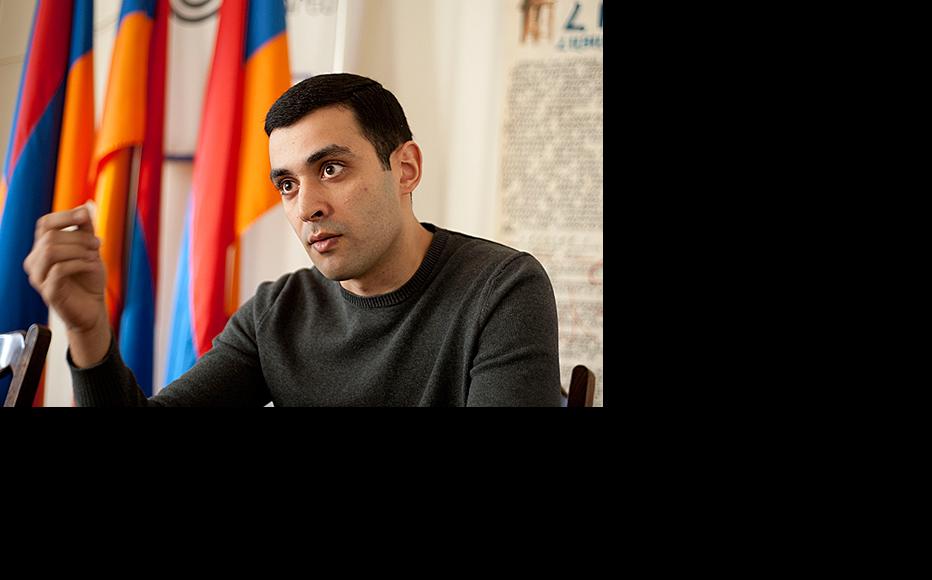 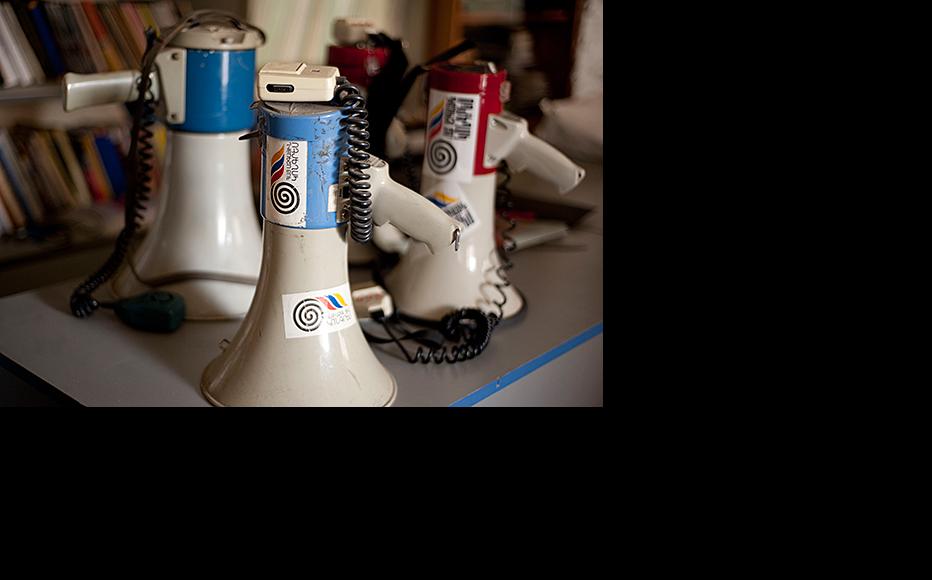 Armenia’s government is worried about the opposition’s plan to mark the sixth anniversary of massive demonstrations that descended into bloodshed.

The opposition Armenian National Congress has set March 1 as the date for commemorating the bloodshed.

On that day in 2008, the government sent in police who used force to break up opposition rallies protesting against the result of a presidential election that February in which Serzh Sargsyan - still in office – was declared the winner. Ten people were reported killed and scores were injured. The violence shocked Armenians, and the date is remembered by many.

Although the city government in the capital Yerevan has granted permission for the demonstration to go ahead, party activists distributing leaflets to announce it are being arrested.

One incident occurred on the night of 9-10 February, when Vardan Harutyunyan and nine other ANC activists were detained in the city centre.

“We were holding a photo of Serzh Sargsyan and a poster saying ‘Serzhik is a state traitor’. But the police didn’t even give us a chance to start our action and arrested us,” Harutyunyan told reporters afterwards. “At that point we were walking along the street and we hadn’t done anything yet. But they told us at the police station that it was a rally and that’s why we had been brought in.”

All ten activists were released after three hours after being fined for “improper use of a public space”.

On February12, ANC activists were again handing out leaflets when a group of supporters of the governing Republican Party began harassing them. Police arrived and detained members of both groups.

Areg Gevorgyan, a board member and head of public affairs at the ANC, suggested that the apparently chance arrival of Republican Party supporters had been planned in advance.

“It’s quite obvious they’re listening in on our [phone] conversations and following us, and that this was no coincidence,” he said.

The ANC issued a statement describing the incident as a “cheap act of provocation” by an administration scared at the prospect of the March 1 rally.

For the Republican Party, youth wing leader Karen Avagyan, justified his colleagues’ intervention on the grounds that the leaflets were offensive.

“Naturally, our young people couldn’t just walk past it. No political force has a right to cross the line in politics. We’ve let things like this go for a long time, but from now on, any action like this is going to get a response,” Avagyan told IWPR. “The police will provide the legal view on this…. I just want to remind everyone that no one has a right to insult someone and distribute leaflets with this kind of offensive content.

Gevorgyan said the leaflets the ANC activists were carrying – showing the president with his face crossed out – were not official party materials but were instead produced by the activists themselves.

It remains unclear why Armenia’s current leaders would be so unnerved by some minor leafleting.

According to Gevorgyan, “They are well aware that any kind of activity could lead to a shift in the situation, and to a point where they get ousted. That’s precisely why they are using every possible method to hinder dissemination of information about the [March 1] rally.”

Yervand Bozoyan, head of the Dialogue think-tank, believes the government is on the defensive on a range of issues – unpopular decisions to join the Moscow-led Customs Union and to hand over complete control of the Armenia’s gas network to Russian energy giant Gazprom, plus a pension reform requiring people to make mandatory contributions. There have been street demonstrations around all three issues.

“In a situation where there is this kind of social tension, the authorities naturally become fearful. And that how this sort of thing happens,” he said.

Manvel Sargsyan, academic director at the Armenian Centre for National and International Studies and a political scientist, says that attempts to undermine the opposition’s publicity campaign actually magnify its effect rather than defeating it.

“This tactic has been used consistently by the authorities. It’s in their nature, this street-brawling culture,” he said. “It’s been going on for some years now.”

The February 12 incident got the police even more adverse publicity when they detained two journalists, Ani Gevorgyan of the Chorrord Ishkhanutyun newspaper and Sargis Gevorgyan from the news site iLur.am.

Ani Gevorgyan said police first tried to take the reporters’ cameras, then detained them and assaulted her.

“The police continued hitting me on the arms in their car. At the police station, local chief Artak Poghosyan noticed I was giving an interview over the phone, and slapped me. Then they took my phone away.”

When the reporters demanded to see a lawyer, they were instead searched and their cameras were confiscated. They were released later and the cameras were returned, with the pictures they had taken deleted.

The OSCE’s Representative on Freedom of the Media, Dunja Mijatović, issued a statement of concern about the way the pair had been treated.

“Violence against journalists is unacceptable. It is especially alarming that police officers responsible to assist and protect journalists used force against them,” Mijatović said in a letter addressed to the Armenian authorities.

Armenia’s own human rights ombudsman Karen Andreasyan expressed similar concerns, noting that obstructing journalists in their work and using violence against them were “criminal offences deserving harsh condemnation, especially if such crimes are committed by state officials”.