Political opposition says referendum was fixed, and international monitors call for claims of widespread abuses to be investigated.

Political opposition says referendum was fixed, and international monitors call for claims of widespread abuses to be investigated. 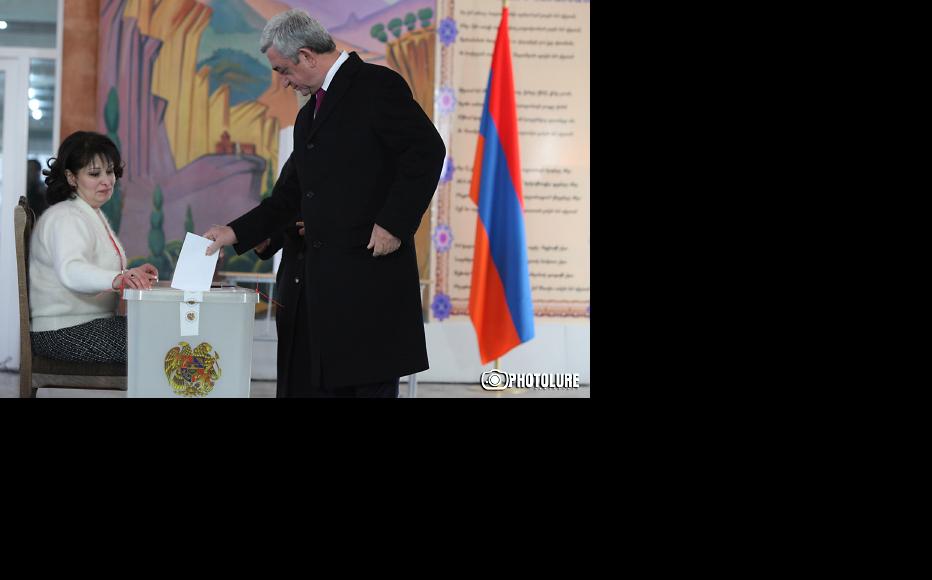 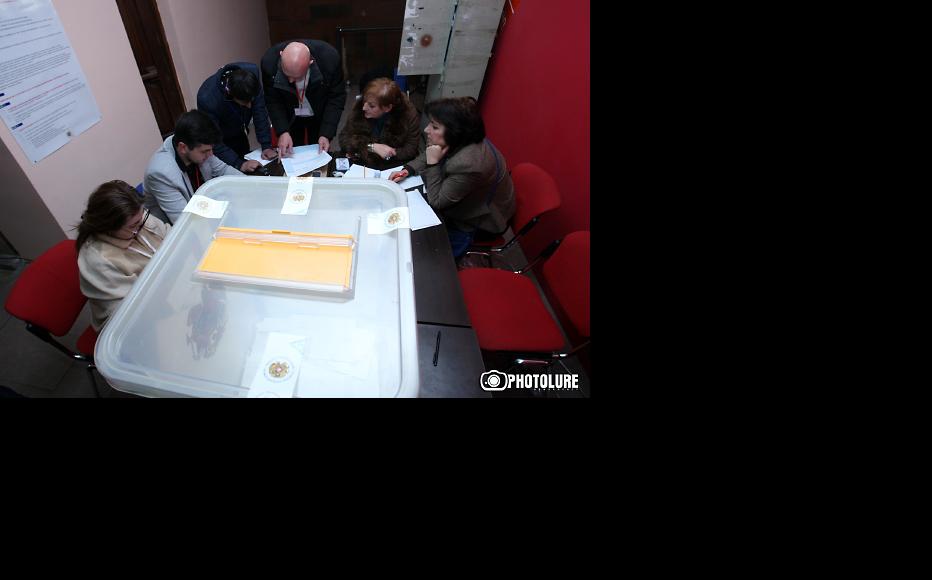 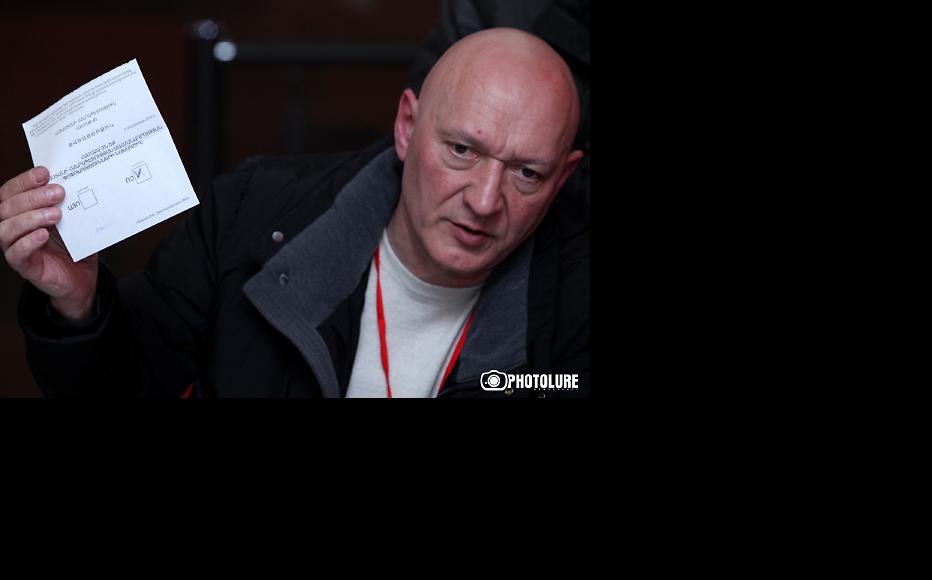 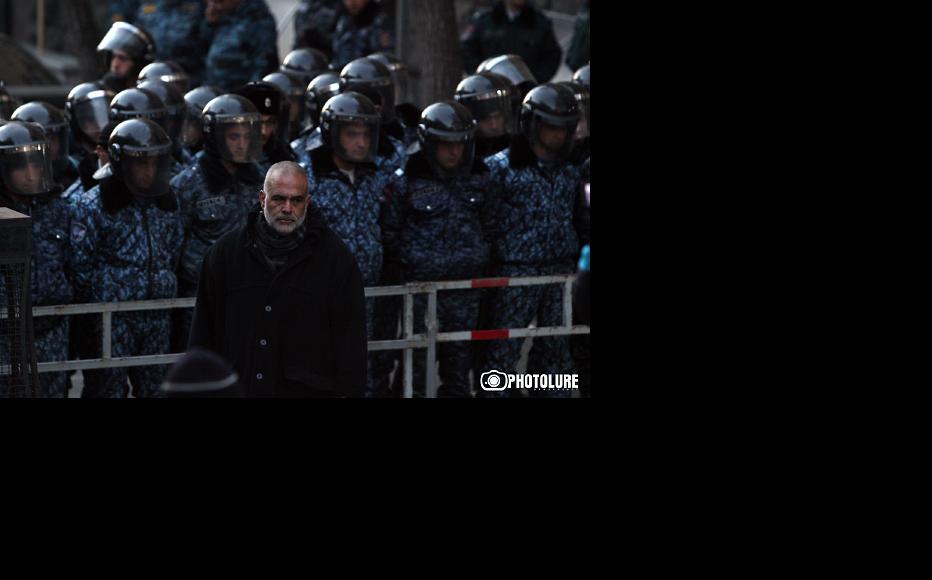 Protests after the December 6 referendum. The banner says "No". (Photo: Photolure agency) 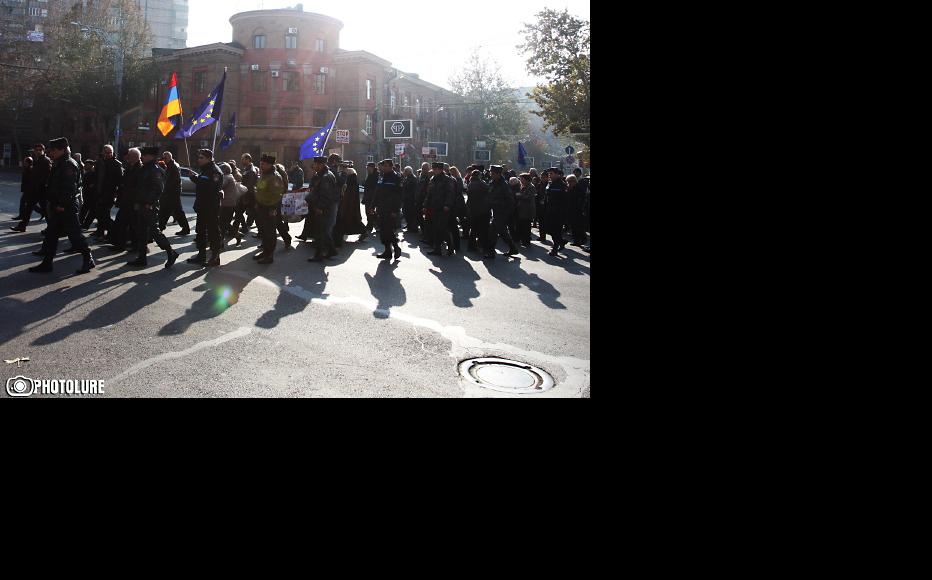 Protests after the December 6 referendum. (Photo: Photolure agency)
The link has been copied

As Armenia’s government hails the yes vote in a referendum on constitutional change, the opposition says the results were fixed by half a million fraudulent ballots.

Hundreds of people protested against the outcome in the capital Yerevan on December 7, the day after the referendum, and the opposition warned that more demonstrations might follow. It also said it would challenge the results before Armenia’s Constitutional Court.

The Central Election Commission formally approved the results on December 13, saying that after a review of the returns and the complaints it had received, the reform package had passed successfully.

The commission said 63.4 per cent of votes cast were in favour of the changes, with a turnout of 50.5 per cent of the 2.5-million-strong electorate. The yes vote works out at about 32 per cent of all registered voters including those who stayed away from the polls; a minimum of 25 per cent was needed for the outcome to count as valid.

The constitutional reforms will reduce future presidents to a largely ceremonial role, strengthening the positions of the majority in parliament and the prime minister it elects. Presidents will be selected by parliament rather than the electorate, and will serve for seven years instead of the current five. (See our earlier story Armenians to Vote on Constitutional Reform.)

Opponents of the reforms have said all along that the apparent shift to a more democratic system is designed to hand perpetual power to the Republican Party, whose head, Serzh Sargsyan, is due to stand down as Armenia’s president in 2018.

After the vote, the opposition was quick to allege violations on a large scale.

“There was massive fraud,” said Levon Zurabyan, deputy chairman of the opposition Armenian National Congress (ANC), which spearheaded the no campaign. “Half a million votes were falsified.”

“Representatives of the opposition, independent observers and journalists were subjected to intimidation and violence,” Zurabyan added.

Another opposition politician, Raffi Hovhannisyan, who heads the Heritage Party, described the referendum as an act of “treason”.

“[President] Serzh Sargsyan, [Prime Minister] Hovik Abrahamyan, governors and various mayors, officials, oligarchs, and those who serve the authorities took part in a state crime and fabricated the voice of the people,” he said. “Those who did this should resign. We should have free and fair elections.”

Reports of violations of voting rules appeared on social networks. Some users posted videos showing bribes being handed to voters as they left polling stations, extra papers being stuffed into ballot boxes, and threats being made against opposition members, journalists and local observers.

The police have said they will thoroughly investigate all claims of abuses, but opposition members and human rights groups are sceptical.

“After every [past] election, the authorities have declared that they will seriously investigate all allegations of fraud and violence during voting,” said Artur Sakunts, who chairs the Vanadzor office of the Helsinki Citizens' Assembly, which observed the vote.

Sakunts says he has no doubt that those in charge of instructing police to investigate abuses are the same people who ordered the abuses.

A senior figure from the ruling Republican Party challenged the opposition to come up with hard evidence.

Sharmazanov said Zurabyan should provide proof that half a million votes were fraudulent, otherwise he would be “labelled as a liar”.

The referendum was widely criticised by international observers.

“The relatively low turnout, around 50 per cent of the population, reflects the fact that the referendum was driven by political interests instead of the needs of the Armenian public,” a delegation of observers from the Parliamentary Assembly of the Council of Europe (PACE) said in a statement the day after the vote.

The PACE team noted that parliament only had a few weeks to discuss the text and public debate was limited to two months.

It also noted a number of problems with the referendum process, including “large-scale, organised vote-buying and carousel voting” (where people go from one polling station to another to cast multiple ballots), pressure on election officials, government misuse of administrative resources by executive bodies, and inaccurate voter lists which contained “the names of many people residing permanently abroad or even deceased, leading to claims that these identities were usurped by people who then voted several times”.

Both the United State embassy and the European Union delegation in Armenia also voiced concerns.

“The credible allegations of electoral irregularities reported by both non-partisan observers as well as Armenian political parties are of concern,” the US embassy said in a December 8 statement. “We urge the electoral commission and the Armenian government to carry out transparent investigations of all credible reports of irregularities.”

The EU delegation echoed the call for a full and transparent investigation of credible allegations of fraud, warning that unless this happened, “the referendum would be a missed opportunity to increase the confidence in, and the integrity of, electoral processes in Armenia”.

Opposition groups fear that once the current president hands over the reins to a significantly weakened successor, he will still be in control, potentially as prime minister, a post that does not have the same two-term limit as the presidency.

In April, Sargsyan said he had no plans to become prime minister if the new constitution was approved. In more recent months, however, senior figures from his party have hinted that he might do just that.

At a press conference he gave three days before the referendum, Sargsyan avoided giving a direct answer to a question about his political plans, deepening suspicions that the reforms were designed for his benefit.

“I think we’ll talk about this after the 2017 parliamentary election,” Sargsyan said.  “It is premature to talk about it now.”

Agasi Yenokyan, director of the Armenian Centre for Political and International Studies, believes the current head of state is particularly keen to block a return by  Robert Kocharyan, the last president who cleared the way for Sargsyan to replace him in 2008. Relations seem to have soured, and Kocharyan has been critical of his one-time ally. Ahead of the referendum, he warned that the constitutional reforms would lead to “the monopolisation of politics“. (See Nothing Straightforward About Armenian Referendum.)

“The main goal is to create a party system in which there’s no place for Sargsyan's main rival – our second president Robert Kocharyan, who does not have a party,“ said Yenokyan.

Amid the politics of the referendum, he added,  "the voice of the people has no value”.

Armen Karapetyan is the pseudonym of an independent journalist in Armenia.