Police prevent opposition group from moving out of Armenia.

Police prevent opposition group from moving out of Armenia. 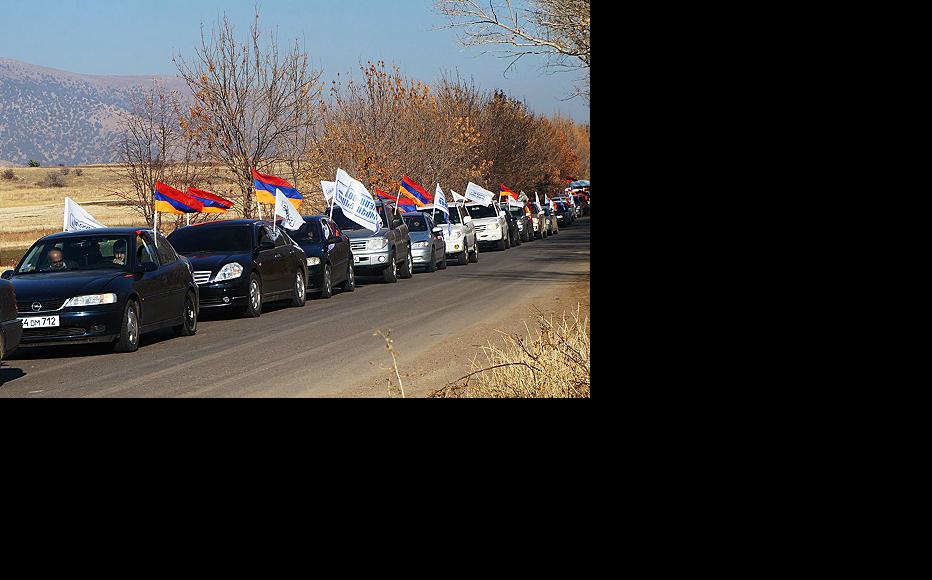 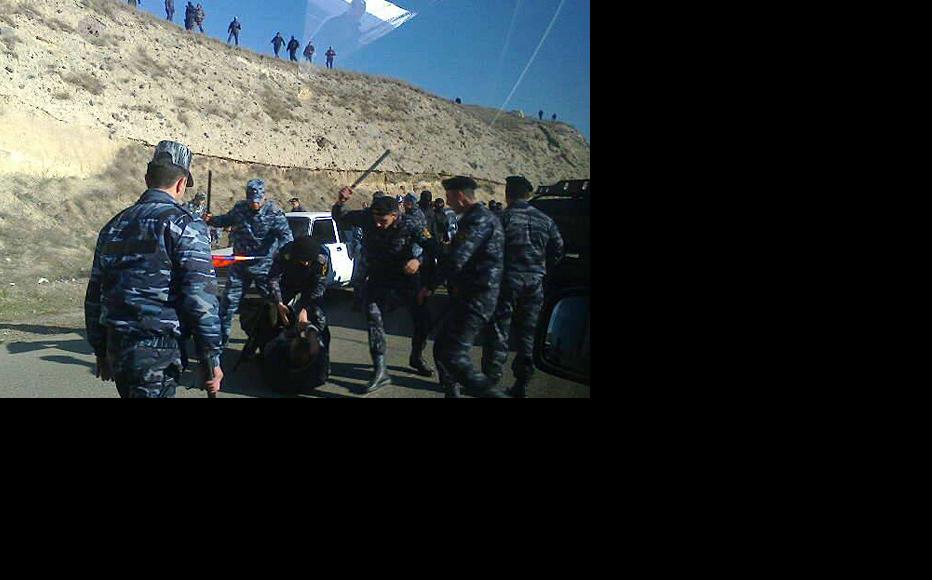 After a recent incident in which opposition activists from Armenia were attacked by police while attempting to enter Nagorny Karabakh, experts are unsure whether the orders came from local officials or from Yerevan.

Several dozen members of the Constituent Parliament (formerly known as the Pre-Parliament), an opposition movement in Armenia were stopped and assaulted by police on January 31 when they tried to cross into Karabakh near the border town of Berdzor. About 20 cars in their convoy were damaged.

The group has been touring Armenia to publicise protests it is planning, and it wanted to do the same in Karabakh, which has been controlled by a local Armenian administration since the war with Azerbaijan in the early 1990s year.

The Karabakh authorities accused Constituent Parliament of provocation and claimed that police only intervened to protect group members from enraged local residents.

“The police stood between Karabakh residents opposed to this [protest] action and the convoy of vehicles so as to avoid a confrontation,” David Babayan, spokesman for Karabakh president Bako Sahakyan, said. “However, participants in the tour ignored police requests and effectively forced them into taking action.”

Constituent Parliament deputy head Varuzhan Avetisyan told IWPR that video footage posted on the internet clearly showed police attacking members of the group after they had decided to turn back.

“We did not put up any resistance,” Avetisyan said. “This was a deliberate attack by them. If we had resisted, they’d have had a pretext to use firearms against the participants. We were of course prepared foracts of provocation, but we didn’t expect the [Karabakh] state to commit a terrorist act.”

“The footage of beatings and damage to property that has emerged provides clear evidence that criminal proceedings should be launched,” he said.

Nagorno Karabakh’s deputy prime minister Arthur Aghabekian, speaking on local television, did not condemn the police action in Berdzor, and merely expressed regret that video footage of the incident had entered the public domain.

One theory that has emerged to explain why Constituent Parliament was given such short shrift is that the Karabakh administration is extremely touchy about its claim to self-determination and its aspiration to international recognition – something it has not even received from Armenia. According to this argument, Constituent Parliament has made it clear it regards the territory as merely an extension of the state of Armenia.

“This approach taken by Constituent Parliament calls into question the process of international recognition for Nagorny Karabakh,” said Ruben Mehrabyan, a researcher with the Centre for Regional and International Studies in Yerevan.

Armenian opposition lawmaker Nikol Pashinyan agreed, explaining that the Karabakh government’s official position was that the territory was broadly speaking “Armenia but not part of the Republic of Armenia”.

Whatever the reasons, though, Pashinyan said the incident was troubling, and proposed that a special commission composed of his parliamentary colleagues go to Karabakh to try to sort the matter out.

“Everyone in Karabakh, without exception, is seriously concerned about what happened. What’s important for me is that President Bako Sahakyan should completely understand the gravity of what happened in Berdzor,” he said.

Another view is that the decision to foil Constituent Parliament’s publicity tour was taken in Yerevan and thus had little to do with the internal politics of Nagorny Karabakh.

Avetik Ishkhanyan, chairman of the Helsinki Committee of Armenia, noted that Constituent Parliament had already come under attack at home in recent months. He recalled a wave of attacks late last year in which cars belonging to its members were set on fire in Yerevan, and a member suffered a brutal street attack. (See Not-So-Random Violence in Armenia.)

“This is a continuation of the series of attacks on political figures and forces who the authorities perceive to be a threat,” Ishkhanyan told IWPR, predicting new cases of violence in the coming months. “The Armenian government wants to nip in the bud any audacious or rebellious act.”

Arevik Sahakian is a freelance journalist in Armenia.

Armenia, Karabakh
Protests
Connect with us