Confusion as constitutional judges rules that compulsory deductions are unlawful but then say they can continue for now.

Confusion as constitutional judges rules that compulsory deductions are unlawful but then say they can continue for now. 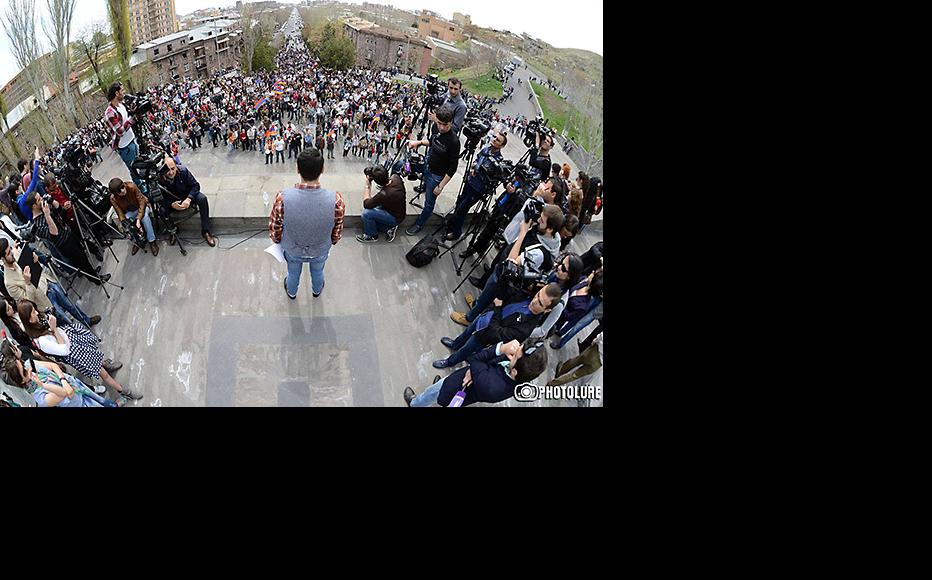 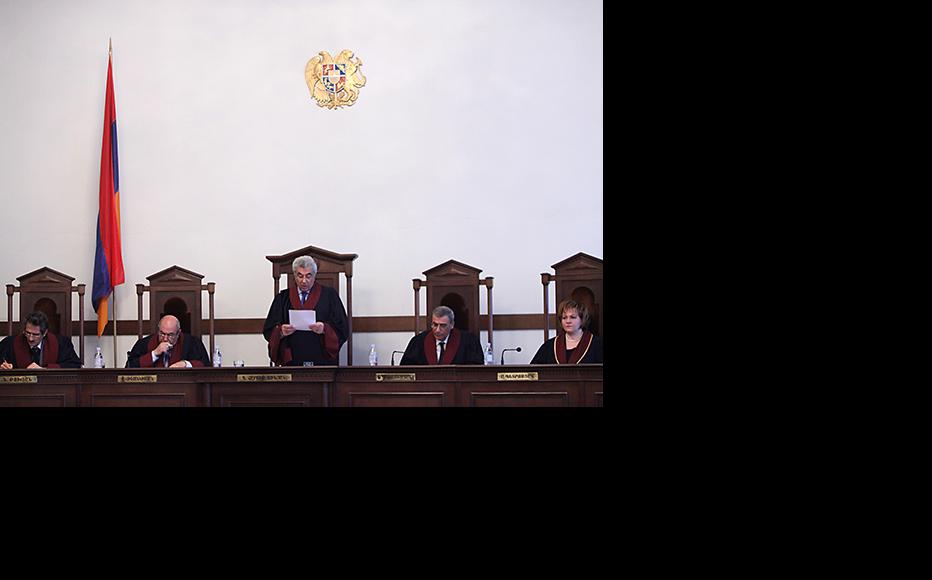 Gagik Harutyunyan, head of Armenia's Constitutional Court announces the ruling on the pension law, April 2, 2014. (Photo: Photolure agency)
The link has been copied

The Armenian government says it is pressing ahead with its pension reform even though a key component of the scheme has been deemed unconstitutional.

In a ruling issued on April 2, the Constitutional Court stated that making pension contributions compulsory was unlawful in that it violated the sanctity of private assets.

Under the pension reform law, which came into force in January, anyone in employment who was born from 1974 onwards has to make pension contributions calculated at five per cent of monthly earnings under 500,000 drams (1,200 US dollars) and ten per cent of wages exceeding that amount.

The Constitutional Court gave the government until the end of September to come up with a new system that is in line with the constitution.

For Mary Khachatryan, a lawyer who represented the appellants at the court hearing, the ruling is unambiguous – compulsory payments have to cease immediately.

“It means that citizens’ money can be deducted from their salaries only if they give written permission,” she said.

The government sees things differently, and plans to carry on requiring employers to deduct pension contributions at source until it comes up with the revised system the Constitutional Court has demanded.

Addressing a cabinet meeting on April 3, Justice Minister Hrayr Tovmasyan argued that the law must remain in force in whole, including its unconstitutional elements, until such time as new legislation was passed.

Constitutional Court judges themselves seemed undecided on the implications. Within hours of the ruling being published, Judge Felix Tokhyan contradicted himself in two different interviews, saying first that all deductions made since January must be returned, and then telling a different TV station that this was not the case.

The following day, the chairman of the Constitutional Court, Gagik Harutiunyan, stated that the law would remain in force.

Lawyer Khachatryan argues that subsequent verbal remarks made by judges effectively contradict their written ruling, whose clear implication is that deductions must stop immediately. She suspects that they have come under pressure to shift ground.

David Harutiunyan, who heads the Armenian parliament’s legal affairs committee and is a member of the ruling Republican Party, says the constitution allows laws that have been deemed unconstitutional to continue in effect in cases where annulling them would make things worse.

Ara Ghazaryan, a lawyer and co-founder of the Supremacy of the Law group, notes that the constitutional provision concerned does allows legislation to stay in force if abolition would harm the “legal security” of the state. But he says cabinet ministers have failed to make a case for this.

“Unless they provide a convincing answer that is based on objective fact, we will be led to believe that the opposite is true, and that there is in fact no danger at all,” he told IWPR. “In the court decision, we can see it is now impossible to deduct pension contributions since that has been done against people’s will. The ruling makes it clear that there can be no compulsion.”

The government has faced broad popular opposition to its new pension system. It has not helped itself by making it clear that the revenues will go towards current spending rather than being saved up to pay out pensions in the future. (See Mass Protest Movement Against Armenian Pension Reform)

For the moment, most employers appear to be continuing to deduct payments from gross wages. They have little choice, since the computer system used to collect government revenues factors in the deductions automatically.

“That section has not been removed on the electronic payments system, so there’s nothing we can do,” IWPR was told by an accountant who asked not to be identified. The accountant’s employer, a major company, has been told that the rules remain in force until September 30.

Some companies have nevertheless decided to stop deducting money.

Armen Martirosyan, head of the Antares printing company, said his company would follow the Constitutional Court ruling and refuse to deduct money without the approval of its employees.

“We believe constitutional law always takes precedence over the expediency of having a law continue to operate,” he told IWPR.

The protest movement against the pension law began late last year with a movement called Dem.am (“I object”). On April 12, the group held the latest in a series of larges protests and called on revenue collectors to change the computer system that shows payments as deducted.

Marianna Ghahramanyan is a freelance journalist in Armenia.