Armenia on Verge of Losing Airline

After one national carrier collapsed last year, its successor is fighting for survival.

Armenia on Verge of Losing Airline

After one national carrier collapsed last year, its successor is fighting for survival. 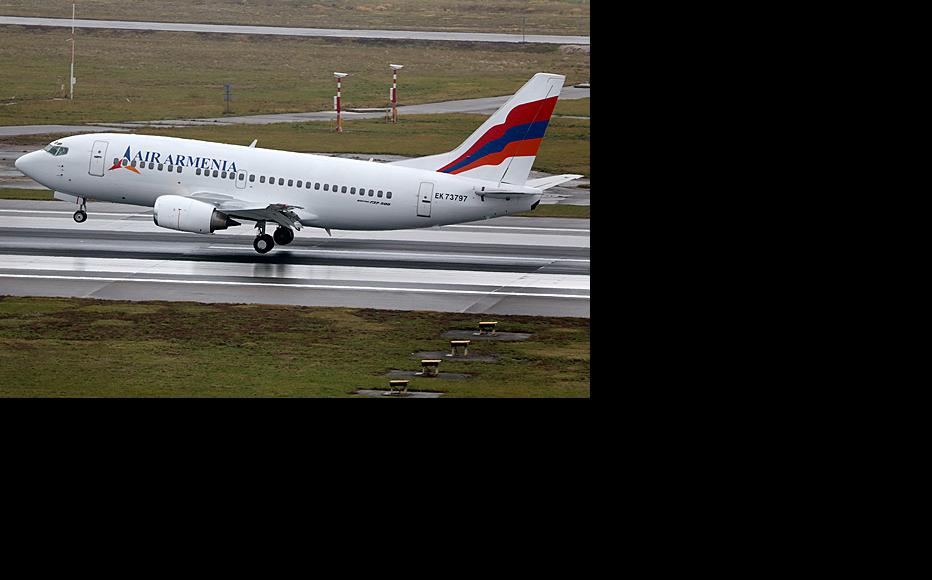 As Armenia’s national airline struggles to stay afloat, it is blaming its financial troubles both on Russia and on open market aviation policy.

Air Armenia announced in late October that it was suspending all passenger flights until December 20 while it underwent financial restructuring.

The Yerevan-based airline has been forced to cut costs and routes just a year after took over as the national passenger carrier.

The company says its problems are largely due to a statement released by Russia’s air traffic control company in September that said the airline had failed to service debts totalling 1.1 million US dollars, and threatening to bar it from Russian airspace unless it paid.

Air Armenia says this statement, together with false media reports that it was going bankrupt, caused panic among its customers and investors.

Many travellers sought refunds on tickets they had bought, and sales fell by 80 per cent. At the same time, the airline’s creditors abandoned an agreed repayment schedule and began demanding money.

Air Armenia’s marketing director Sirakan Hambardzumyan told IWPR that aside from the Russian statement, the present crisis stems from unfair competition. In October 2013, the government approved an “open skies” policy six months after the previous national carrier, Armavia, went bankrupt. This lifted all restrictions on frequency of flights and the number of destinations for both local and international carriers.

The idea behind it was to create a level-playing field and a more competitive market, with lower prices and higher passenger numbers.

The result was an influx of foreign airlines, Russian ones in particular.

Russian airlines – currently 20 different companies – now control half of Armenia’s air travel market. Ten per cent is held by the state-owned carrier Aeroflot and its three subsidiaries. Between them, Russian airlines run eight Moscow-Yerevan flights a day, whereas Air Armenia manages just one.

“Healthy competition should lead to an optimum balance between value and quality for the consumer,” Hambardzumyan said. “However, foreign airlines often enjoy preferential conditions in this, our own country, and can only place us at a disadvantage."

The Armenian government is still defending its open skies policy. The economy ministry says it has led to a 16 per cent increase in total passenger figures and a 13 per cent rise in flight numbers.

"The figures vary from month to month, but since the open skies policy was launched, both passenger and flight numbers have grown. There are new airlines in the Armenian market like Etihad, Air Arabia, LOT, Mahan Air and more," ministry spokesperson Anahit Khechoyan told IWPR.

Others say that whatever its benefits, the market free-for-all has undermined local companies like Air Armenia.

The former head of Armenia’s civil aviation authority, Shahen Petrosyan, argues that the figures showing busier flights simply reflect a general worldwide trend towards growth, and are unrelated to the open skies policy.

"This policy could only have been effective if it was operating across several countries, as a kind of consortium,” Petrosyan said. “In the case here, Armenia is dealing a blow to the national carrier by making unilateral concessions to foreign airlines.''

“Under such circumstances, the Armenian company was unable to withstand competition from the airline giants and the price-dumping on the routes that Air Armenia flies," he added.

Petrosyan argues that it is almost impossible for private companies like Air Armenia to compete with foreign airlines unless they have a measure of state support.

"Fifty million dollars is an unattainable sum for a private company, but the government could easily invest that kind of money with the expectation of recouping it within ten years," he said.

Gayane Mirzoyan is a freelance journalist in Armenia.