Groundswell of anger over fatal assault on doctor who was barred, then beaten for dressing too casually.

Groundswell of anger over fatal assault on doctor who was barred, then beaten for dressing too casually. 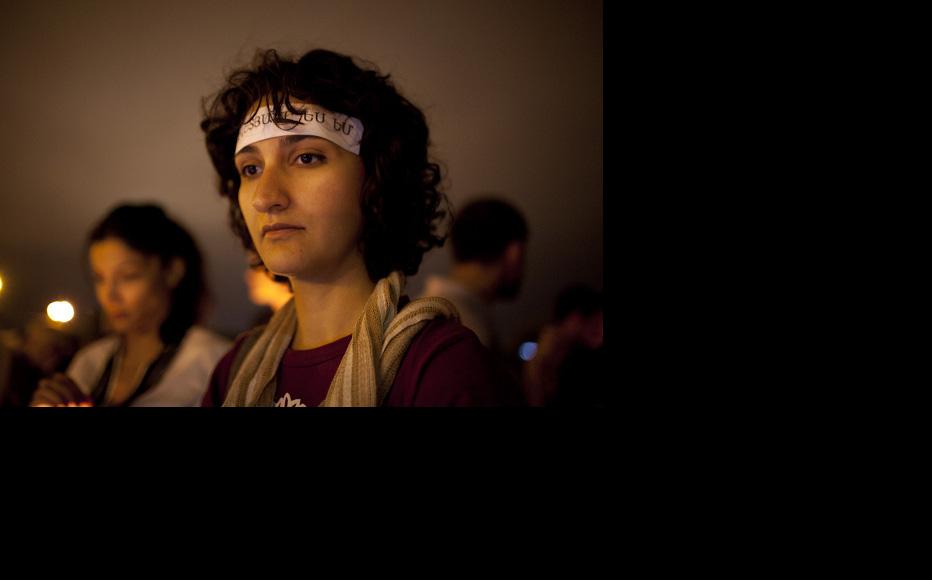 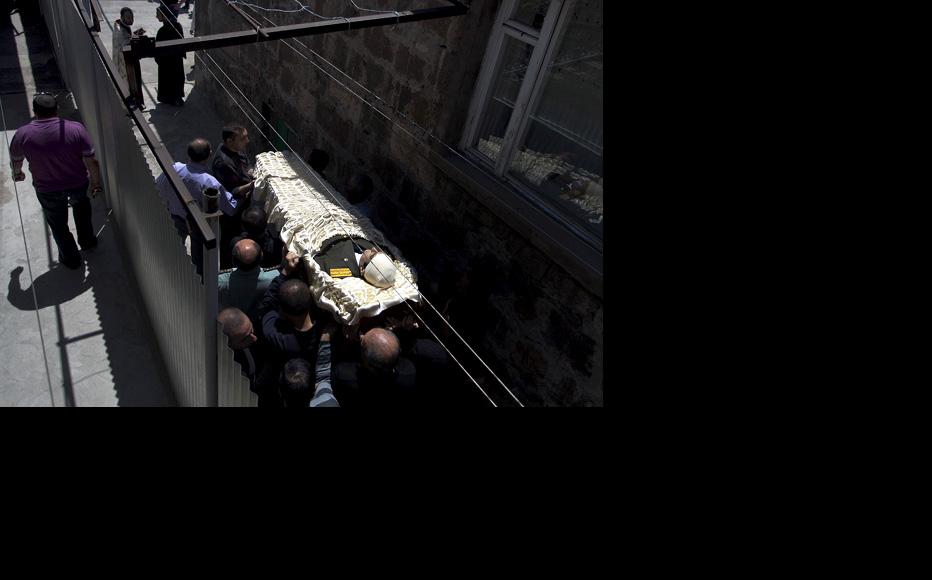 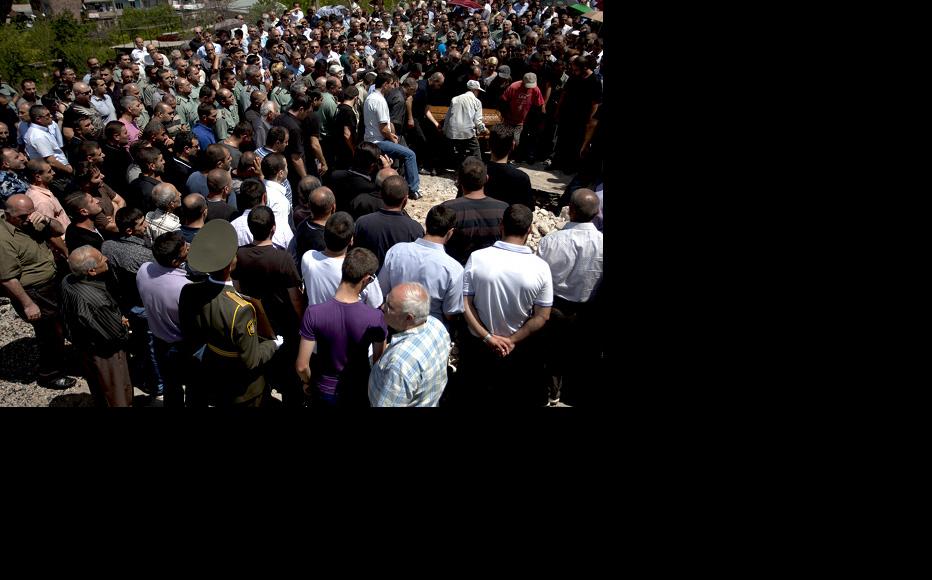 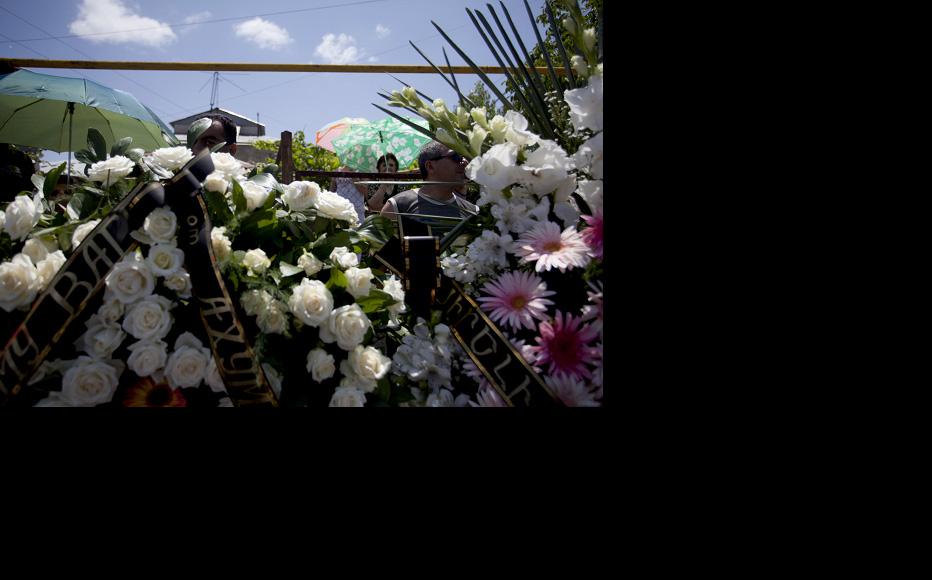 Floral tributes for Avetyan. (Photo: Anahit Hayrapetyan)
The link has been copied

The violent death of army doctor Vahe Avetyan at a restaurant in Yerevan continues to cause waves of anger in Armenia, where campaigners and opposition politicians blame a culture of impunity among the country’s ruling classes.

Major Avetyan was assaulted at the restaurant on June 17, allegedly first by a waiter who refused to admit him because he was wearing sports gear, and then by security guards, who also beat two other army doctors who were with Avetyan.

Avetyan died 12 days later in hospital without ever regaining consciousness.

The incident caught the public’s attention because the restaurant was owned by the family of Ruben Hayrapetyan, a member of parliament and chairman of the Armenian Football Federation.

On June 30, the day after Avetyan’s death, hundreds of people lit candles outside the restaurant where the attack happened. Some held up banners saying “I am Vahe”.

On June 1, 2 and 4, similar demonstrations took place outside the president’s official residence, outside parliament, and outside the prosecutor general’s office. The protesters demanded a full investigation and called on Hayrapetyan to step down from parliament and from the football federation.

“Vahe Avetyan’s case is unique in that the victim was one of us…. This case has sparked concern even in sections of society that were apolitical before,” Tsovinar Nazaryan, a journalist who joined the protests, said.

Four parties – Dashnaktsutyun, Heritage, Prosperous Armenia and the Armenian National Congress – have demanded a parliamentary debate on the murder.

On July 4, Hayrapetyan had a meeting with President Serzh Sargsyan and announced his resignation.

“I feel a moral obligation to resign my mandate as a deputy of the Armenian National Assembly. I ask all who voted for me to forgive me for being unable to meet their expectations, but I am certain I had to take this step,” he said. “I hope that one day, I will be forgiven by Vahe’s family. Whatever happens, I will do all I can to achieve that.”

Opposition politicians said the politician’s remarks were not nearly enough.

Nikol Pashinyan of the Armenian National Congress party warned against any attempt to “consign the murder of Vahe Avetyan to oblivion”.

“We must do everything we can to ensure that it is not forgotten, because if we do forget, if we do fail to ensure the public is aware of it, that will mean we are giving assent for more such incidents,” Pashinyan said.

Hayrapetyan has denied any involvement with or connection with the restaurant assault.

The public anger sparked by the incident comes after previous cases where guards employed by politicians have been accused of assaulting people, and have got off lightly.

Avetik Ishkhanyan, head of the Armenian Helsinki Association, a human rights group, described witnessing an incident where bodyguards of a member of parliament beat a man called Andranik Babayan.

“When I called the police and asked why they couldn’t arrest them, they replied that they were powerless to do so,” he said.

Babayan, 35, died later in hospital without having regained consciousness.

Ishkhanyan recalled another incident in 2001, when a bodyguard of then president Robert Kocharyan attacked and killed a man in a café toilet.

The victim, Poghos Poghosyan, had reportedly addressed the president with the words, “Hi, Bob.”

Babayan’s killer served only six months, while the bodyguard convicted of murdering Poghosyan received a suspended sentence of two years.

Ishkhanyan said perpetrators were generally punished only when the level of public anger became too great to be ignored, but even then, the sentences imposed were nominal.

Zaruhi Postanjyan, a parliamentarian from the Heritage Party, said such light penalties were clearly no deterrent.

The Dashnaktsutyun party has been pushing for eight years to regulate the private security guard industry. It wants to impose a licensing system, testing and standard uniforms, to make it illegal to hire more than three bodyguards, and to bar public officials from having any private guards.

Ishkhanyan was dubious about whether new legislation would change anything.

“The problem in Armenia is not the laws, but how they are observed,” he said. “The laws we have now allow for punishment. New laws or legislative amendments are basically there just as a demonstrative sign to the domestic and international public,” he said.

Nvard Hovhannisyan is a freelance journalist in Armenia.

Rule of Law
Connect with us