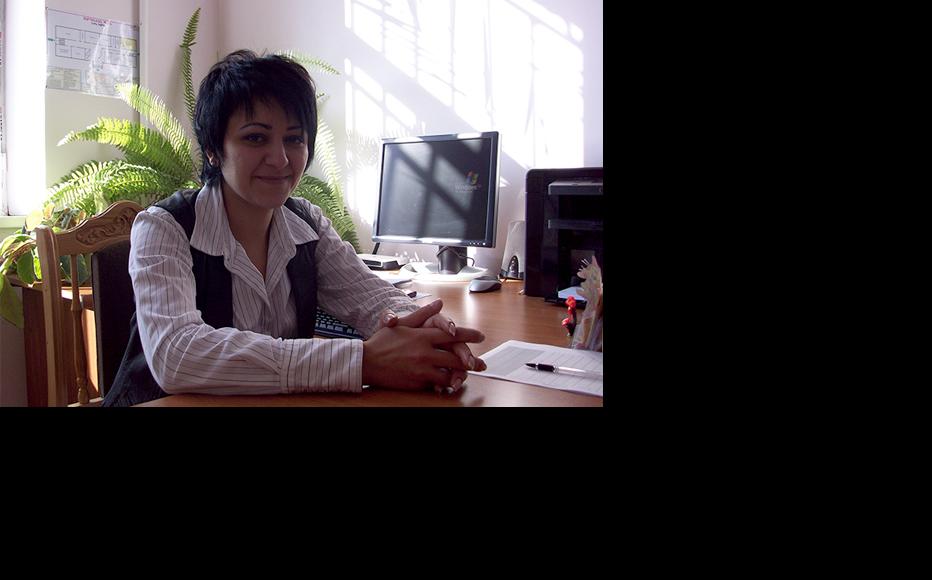 Naira Harutyunyan, head of inclusive education at a Yerevan school. (Photo: Arpi Beglaryan)
The link has been copied

Armenia is equipping mainstream schools to allow disabled children to attend them, instead of being educated separately.

The reform stems from the obligations Armenia undertook in 2010 when it ratified the Convention on the Rights of Persons with Disabilities, which requires states to prevent discrimination and afford equal access to all.

The change will not be completed for another decade, since Armenia’s school buildings generally date from the Soviet era, and it is difficult to adapt them for wheelchair access and other specialised needs.

Naira Harutyunyan, head of the inclusive education department at a school in the capital Yerevan, said her institution currently accepted children with mental disabilities, but could not yet take pupils who used wheelchairs because it lacked the funds needed to make adequate changes.

“The ramp we have is a problem,” she explain. “We’ve experimented with it and discovered that wheelchairs could tip over on the descent, so we’ve stopped using it,” she said.

Azniv Manukyan, a psychologist at the same school, welcomed the reform, noting the dramatic change she had observed in one autistic boy over the course of a year.

“An inclusive system is the right thing for children like that, because they forced into a place that will benefit them,” she said. “When you have one-on-one tuition with any pupil, you will always get results. In class, the teachers play a very important role, and we also have extra sessions.”

In October, Education Minister Armen Ashotyan submitted a bill laying down the principles for inclusive schooling. He said all 1,347 schools in Armenia would be opened to all pupils, and noted that the reform would reduce the cost of educating disabled children in separate schools.

Armenia currently has 107 integrated schools, with the numbers increasing by 15 a year.

Where there is opposition to the scheme, it often arises from prejudice among parents.

“Three years ago, when I started working at this school, there were parents who asked for their children not to be sat near ‘children with problems’; they didn’t want their children to be in the same class as disabled children,” Manukyan said. “But I have to say that increasing numbers of parents now ensure they teach their children to make friends with the disabled kids.”

Harutyunyan said another obstacle to success was that placing disabled children in inclusive schools was still a matter of parental choice.

“I would urge the government to reconsider the rule that parents themselves can decide which school their children should study at,” she said.

The boarding schools where severely disabled children have studied up to now insist that the rationale for their existence has not gone away.

“We still have children with the most difficult of conditions,” Artsvik Arshakyan, the principal of one such school in Yerevan, said. “Children with lesser disabilities should be moved into inclusive education system, but our school must remain as a starting-point. There are always going to be children with serious disabilities, and if they have nowhere to go, they will end up on the street.”

Minister Ashotyan confirmed that some of the Soviet-era schools would be retained.

“We can’t just eliminate these special schools in Armenia, just as they can’t be eliminated in any other country,” he told parliament. “But the number has to be limited, and children shouldn’t be placed in them unless there’s good reason.”

The basic rule was that children who could attend mainstream schools should do so.

“Society must become more receptive and tolerant,” he said. “It has to understand that these are members of society, the children of this society.”

This article was produced as part of  IWPR's Neighbours project, which seeks to break down mistrust by providing objective news on Armenia and Azerbaijan.

Armenia
Children
Connect with us