Unable to move out because their homes are condemned, hundreds of homeowners in capital see no way forward.

Unable to move out because their homes are condemned, hundreds of homeowners in capital see no way forward. 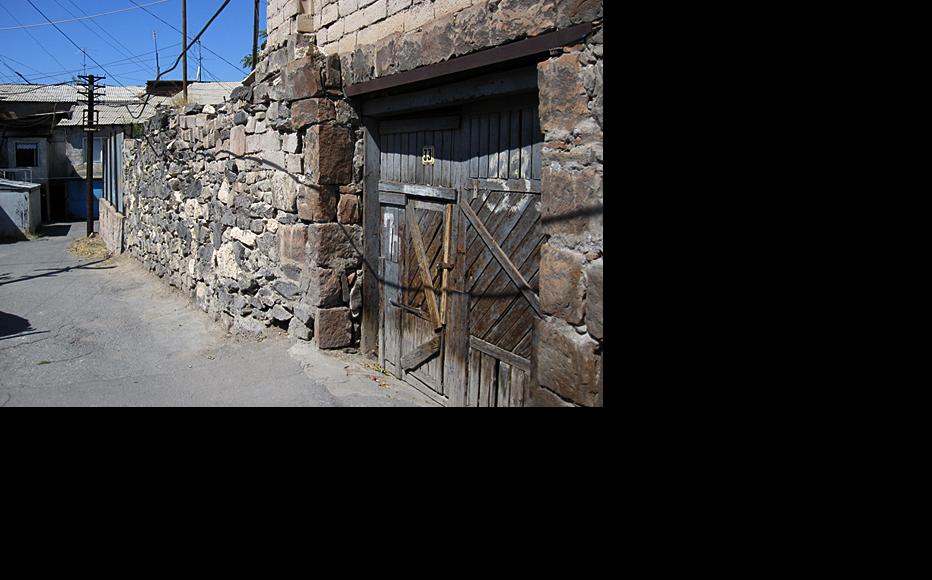 Residents of Kond, a district of Yerevan, are waiting to find out when their homes will be demolished. (Photo: Mary Aleksanyan) 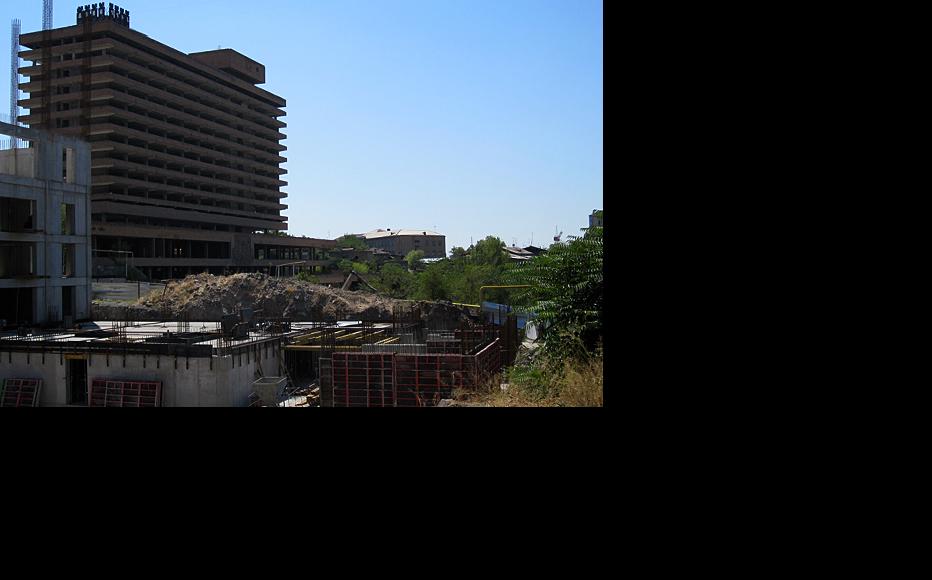 The apartments that should have been ready for residents to move into in June are still a long way from complete. (Photo: Mary Aleksanyan)
The link has been copied

Thousands of people living in the centre of the Armenian capital Yerevan have spent the last five years in limbo, not knowing if and when their homes will be torn down.

The 4,500 residents were told they would receive either compensation to the value of their homes, or apartments in the new blocks the company was going to build. Of the 909 homeowners, Downtown Yerevan has so far only agreed terms with 200, who have been offered apartments built in the same area.

These flats were supposed to be ready this summer, but four months after the agreed deadline, the apartment block is only half-built.

Because their existing homes are under a compulsory purchase order and are condemned to demolition, most residents waiting for resettlement or cash compensation have been unable to move out.

In the meantime, they have had to carry on living in the poor conditions that the redevelopment scheme is supposed to eliminated.

They say the damp and cold of the old buildings is affecting their health, contributing to high rates of pneumonia, tuberculosis and other diseases.

“Sunlight doesn’t reach our homes. Two of my children suffer from bronchitis and lung diseases. Diseases just hunt us down. Some months ago, our neighbours’ son died of tuberculosis. Everywhere you look there’s disease,” 44-year-old Kond resident Gohar Asatryan said. “How much longer can we live like this? Let them finish their plans, and then we’ll be able to get away from all this.”

Some residents have moved out – those who lived in the houses cleared to make way for new but still incomplete apartment blocks. The Downturn Yerevan firm contributes between 50,000 and 60,000 drams, 130-160 US dollars, towards rent for other accommodation, but some of those affected say that is not enough to get decent housing and they have to find an additional 55 to 110 dollars a month – a significant sum in a country where the average monthly wage stands at 290 dollars.

Frustrated residents have sent more than a dozen letters to the city authorities and to the construction company in an attempt to find out why their new homes have been so slow to appear.

“No one has given us a clear answer. All we get are occasional, confusing replies that don’t tell us anything,” Eghyan said, showing IWPR the answers she had received.

Letters from the company and from the city administration’s building investment department assured residents that the work would be finished to deadline.

Downtown Yerevan’s director Ashot Hakobyan told IWPR that the contract his company signed with the Yerevan authorities stated that reconstruction must begin by 2012, without specifying a completion date.

“The company is conducting the process in phases, which explains the lack of [new] expropriations in recent times,” he said.

Hakobyan insisted the company would fulfill all its contractual obligations, and that were there to be any delay, it would pay a premium for every day past deadline.

Meanwhile, the other 700 homeowners who have not formalized agreements about replacement homes or compensation are not sure what is going to happen to them, or when.

While the process remains frozen, they are left in legal limbo.

Gegham Khachatryan, 61, who has not signed any contract with Downtown Yerevan yet, said the mayor’s office had assured him he would retain all his property rights until the moment came for his home to be taken over for redevelopment.

But the reality was that he was unable either to move out or to improve his home.

“I cannot sell or mortgage my house. The banks are refusing me credit, as they say Kond is now a construction site. Nor will they give us permission to do building [refurbishment] work,” he said.

Residents say the area’s infracstructure is crumbling, and the narrow street that connects Kond with the rest of Yerevan becomes almost impassable in winter.

“Even ambulances won’t come to Kond in winter,” local resident Tatyana Igityan said. “No one wants us. There isn’t a single official to whom we haven’t appealed about Kond, yet we still can’t get an answer about what’s ultimately going to happen.”

Stepan Safaryan, who heads the opposition Heritage party's parliamentary faction, said the mayor’s office and the national government were both to blame. He recommended that Kond residents take their cases to court and stage protests outside the government building.

“It was the government that decided this was a construction site. It follows that not just the company but also the government must bear responsibility,” he said.

Mary Aleksanyan reports for the Human Rights in Armenia website.

Armenia
Social justice
Connect with us