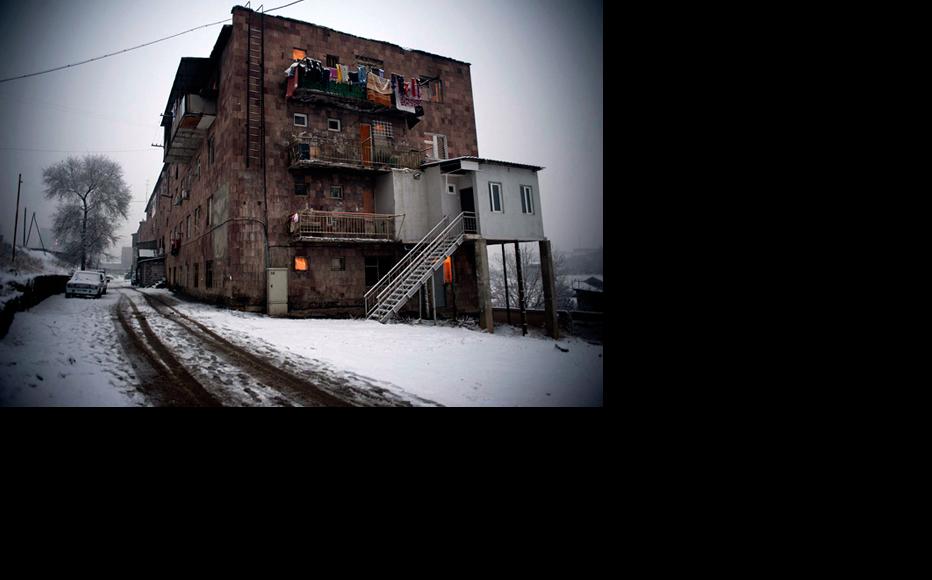 This hostel, where Gayane, her husband and eight children live, is typical of the substandard accommodation that many impoverished Armenians have to make do with. (Photo: Nazik Armenakyan) 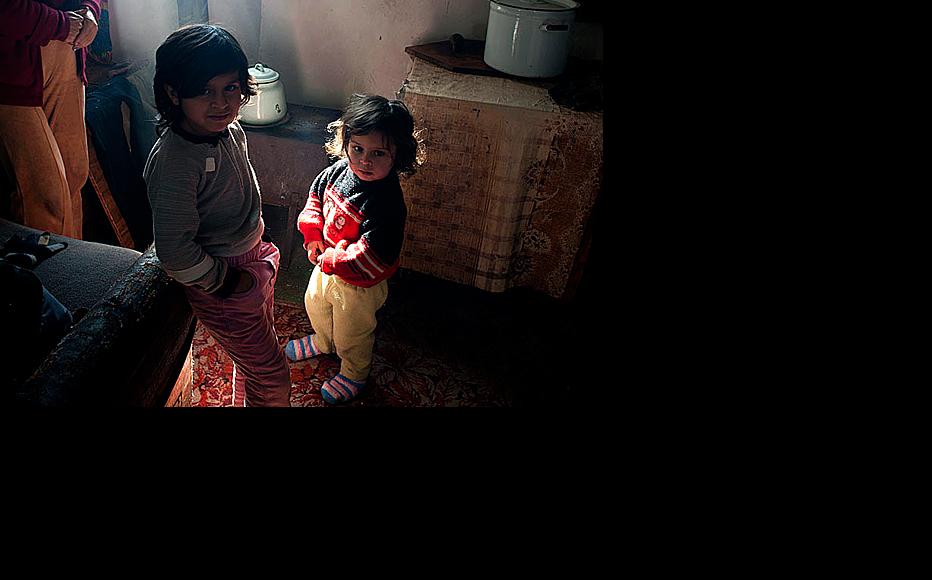 Children from larger families are more likely to grow up in poverty. (Photo: Nazik Armenakyan)
The link has been copied

Armenian families with four or more children are statistically the most likely to fall into the lowest-income category, leaving them struggling to get by on pay and benefits.

With much of the male population forced to work abroad, the burden of supporting households falls disproportionately on women. And although they are often the sole breadwinners, they are more likely to be out of work than men – 70 per cent of unemployed people are female.

The national statistics agency says more than 70 per cent of families with at least four children live in poverty. While 36 per cent of the population as a whole is counted below the poverty line, the figure for children is 41 per cent.

Gayane, 43, had to beg her employers to keep her off the books when they took her on as a cleaner in the capital Yerevan. If she declared her employed status, she and her eight children would lose state benefits worth 150 US dollars a month.

Her husband is in work, and makes around 150 dollars a month, but they can barely make ends meet on their joint wages and benefits. The whole family lives crammed together in two rooms of a hostel on the edge of the city.

Emil Sahakyan, a spokesman for the Armenian office of the United Nations children’s agency UNICEF, says benefits are an important income source for many families, although coverage is far from comprehensive.

Sahakyan cited official figures showing that it would cost the government the equivalent of just 0.1 per cent of Armenia’s gross domestic product to ensure that all households classed as “extremely poor” were covered by family benefits.

“In turn,[this] will help to reduce child poverty in the country,” he said, adding that the need to address this should not wait until Armenia’s economy was in better shape.

Making welfare spending more effective could, he said, “mitigate the devastating effects of poverty on children and break the inter-generational cycle of poverty that threatens human development and economic growth”.

Some families are so poor that they place their children in one of the eight boarding schools that the labour ministry runs especially for economically vulnerable children. These schools house some 800 children whose parents cannot afford to take care of them. The ministry has two welfare assistance centres that are home to another 190 children.

Four of Gayane’s eight children are in one of these boarding schools. On the days they spend at home in the family’s hostel accommodation, “there’s no space and no food”, she said.

“Sometimes there’s nowhere for them to even sit. And to be honest, there isn’t enough food. There’s a girl in our hostel who works in a bakery, and every day she brings us three loaves of bread, which we pay her for at the end of the month. But when the children are at home, all three loaves are finished within a minute,” she said.

According to Gayane, the boarding school provides everything that the children cannot get at home.

“They have a shower there; they eat four times a day; they get new clothes and shoes; they get helped with their lessons. And each of them has his own bed,” she said. “Basically, my children often don’t want to come home.”

That worries international charities like World Vision, which helps 25,000 children across Armenia. According to Shaghik Marukhyan, manager of World Vision’s operations in Armenia, the organisation does everything it can to reunite children with their parents.

“The labour ministry has informed us that last year, poverty increased by ten per cent last year, so instead of children returning to their families, there are going to be more of them placed in institutions,” she said.

In terms of government spending on the poorest children, Marukhyan said, “They spend a lot of money maintaining these [care] institutions, but you have to ask why, when the children go home, the money that was being spent on them isn’t then directed towards their families.”

In many rural parts of Armenia, it is rare to see a man of working age, since so many are abroad earning money as migrant labour, mostly in Russia. The International Labour Organisation calculates that nearly 14 per cent of Armenia’s population have emigrated in search of work.

Anahit Gevorgyan, head of a women’s council in the village of Martuni, says the absence of men places the whole burden of running the household on the female population.

Furthermore, she said, “Many men get involved with Russian women and never come back, or else they don’t find work that pays a decent income. That means the hard work of running a family is shouldered by the woman not just for a few months but for the whole of her life.”

Sara Khojoyan is a journalist with the ArmeniaNow.com site.

Children
Connect with us