A blast that ripped through a popular shopping centre has left key questions about accountability unanswered.

A blast that ripped through a popular shopping centre has left key questions about accountability unanswered. 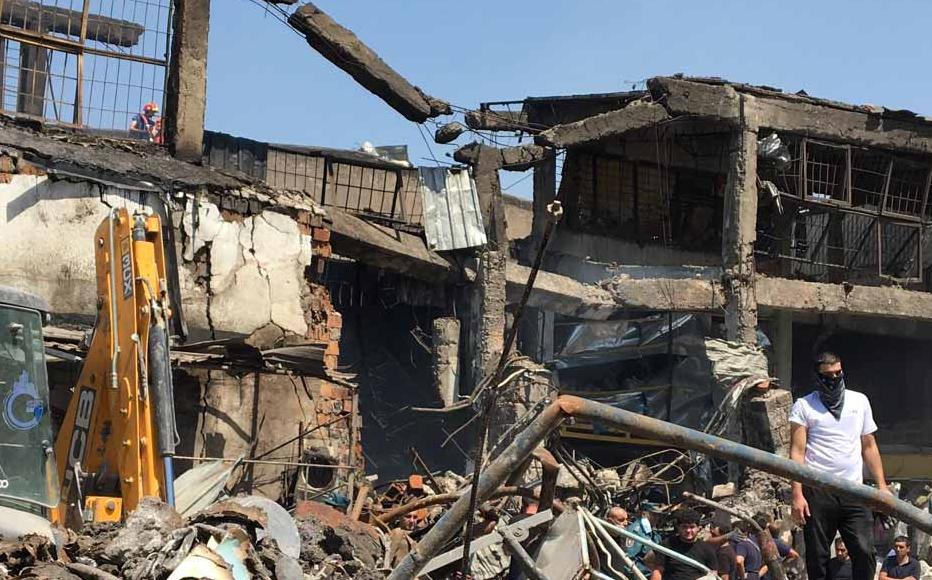 On August 14, a fireworks storage area by the three-floor Surmalu shopping complex in central Yerevan exploded, setting off a large blaze. Sixteen people died and 60 were injured. © Armine Avetisyan 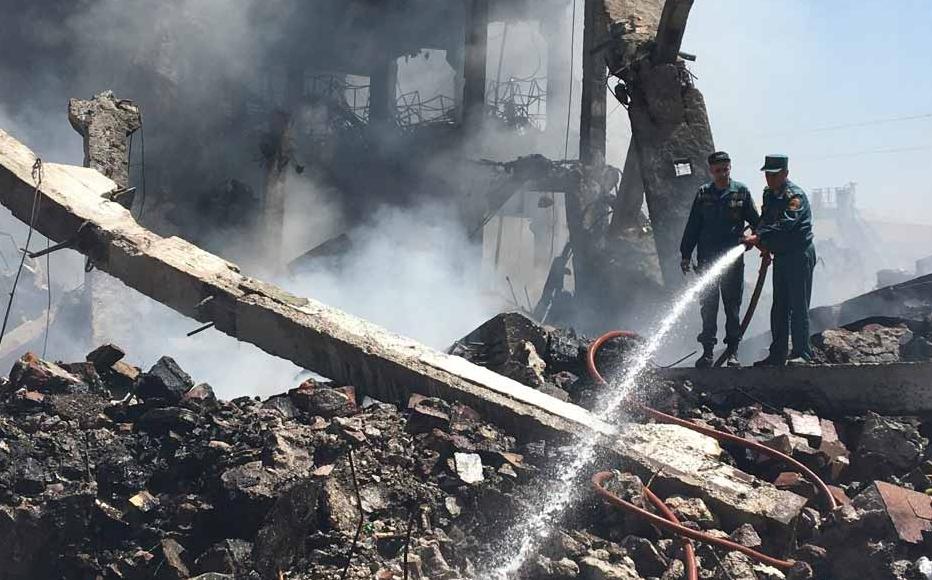 For days, rescue workers and volunteers searched for victims trapped under slabs of concrete and twisted metal, but the search was called off on August 24 with one person, a man who worked at the centre, still unaccounted for. © Armine Avetisyan 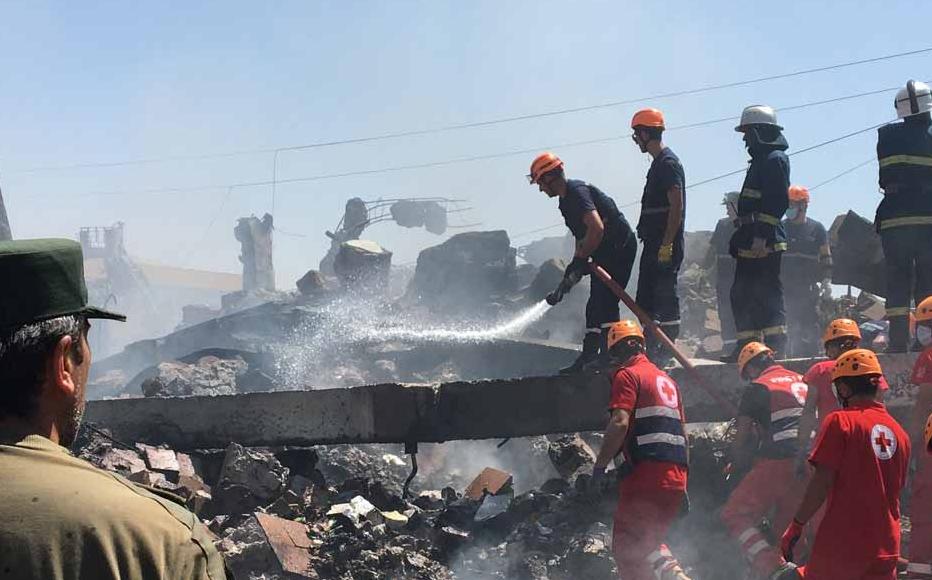 In 2021 the centre was found to be in violation of safety regulations, and a follow-up inspection to check if issues had been resolved was not conducted before the explosion. With the prosecutor’s office seeking the centre’s complete closure, the building has been neither totally destroyed nor secured. © Armine Avetisyan
The link has been copied

On August 14, a fireworks storage area by the three-floor shopping centre exploded, setting off a large blaze. For days, rescue workers and volunteers searched for victims trapped under slabs of concrete and twisted metal, but the search was called off on August 24 with one person, a man who worked at the centre, still unaccounted for. The explosion has claimed 16 lives and injured 60 people.

In 2021 the centre was found to be in violation of safety regulations, and a follow-up inspection to check if issues had been resolved was not conducted before the explosion.

Four people have been arrested, including the deputy head of the Yerevan Canning Factory which operates the shopping centre. They were charged with violating fire safety rules leading to death, punishable by up to eight years in prison. The deputy director was released on bail while the other three have been placed in pre-trial detention.

With the prosecutor’s office seeking the centre’s complete closure, the building has been neither totally destroyed nor secured.

On September 20, one of the walls collapsed due to strong wind, damaging two cars parked nearby and injuring three people. 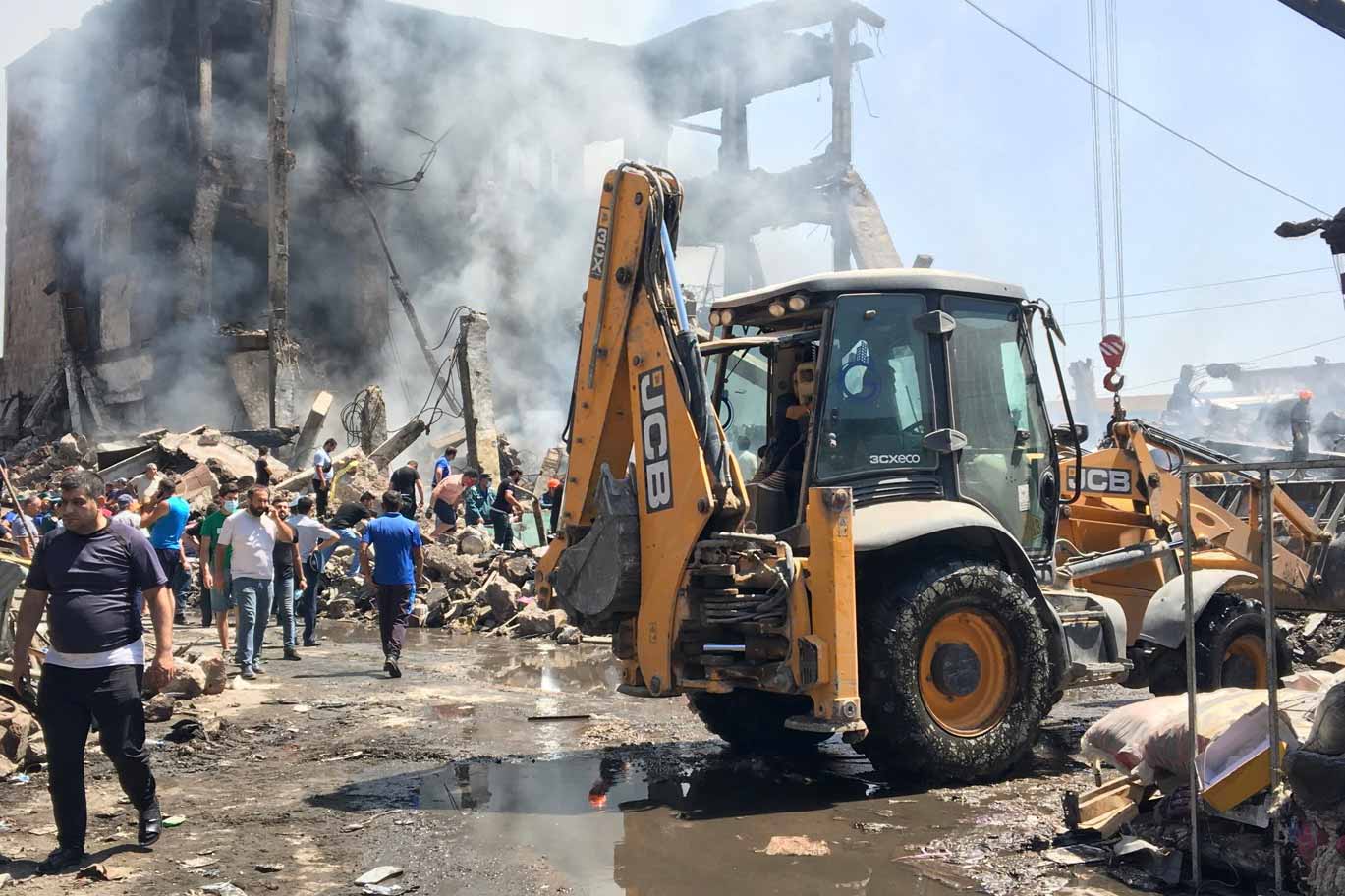 The blast ripped through the neighbourhood just after 1pm on August 14, a Sunday.

On August 14 Liana Salmanyan was at home when she heard -and felt – the detonation.

“The entire building shook,” said the 26-year-old, who lives near the Surmalu centre.  “For a moment it seemed like it was moving, then the sounds of explosions started to be heard, I thought that a war had started.”

As emotions ran high, Armenians took to social media, claiming that the explosion was a planned act of terrorism. Security officials urged citizens to refrain from amplifying unverified information about terroristic threats to “prevent unnecessary panic among the public".

The minister of emergency situations stated that preliminary investigations showed that there was a warehouse with four tonnes of explosive materials in the building.

Evidence of Surmalu’s safety problems began to emerge. The urban development and fire safety department declared that a week-long inspection out at the centre in March 2019 identified “more than a dozen different types of violations of the requirements of approved fire safety rules”.

These included a lack of adequate fire hydrants, anti-smoke protection systems and proper doors. Construction materials did not have fire protection, electric cables were fixed on hazardous roofs and the huge, two-storey trading hall was not equipped with an automatic extinguishing system.

The inspection body ordered the facility’s management to address the violations, setting a schedule for implementation after which another survey would be due.

By law, the inspection body has the right to survey high-risk facilities like Surmalu once a year. A new inspection was to be carried out by the end of the third quarter of 2022, but did not take place.

“This year, the re-inspection hasn’t been implemented, because the deadline is not yet expired,” the inspection body’s spokeswoman Elena Zohrabyan told IWPR. “Last year, during the inspection, the management was fined 50,000 drams (125 US dollars), this is the maximum fine indicated by law.”

Entrepreneurs face higher fines if they fail to fulfil their responsibilities over a set time; in the worst-case scenario, in case of non-compliance, the facility faces closure.

However, Zohrabyan explained that even if all the safety violations found in the trading centre had been resolved, this would have not necessarily have prevented the accident as it was due to an explosion.

“During the 2021 survey, the relevant body’s inspectors did not record an accumulation or storage of explosive materials in that area,” she continued. “Both cadastral documents and the report from the inspection show that the structure housed commercial stalls [shops], not a warehouse,” Zohrabyan said, adding that in the case of a storage facility, the survey would have followed “a completely different procedure because a warehouse of explosive materials is considered a dangerous facility”.

Accordingly, these facilities must be registered with the ministry of internal affairs and undergo assessment before being allowed to operate. Zohrabyan stressed that neither the inspection body nor the ministry of emergency situations had had information about any such warehouse operating in the area.

Surmalu, which lies about two kilometres south of the city centre, belongs to Razmik Zakharian, an 86-year-old businessman and former politician. He has not commented since the blast. Irina Madatova, the shopping centre’s manager, did not respond to IWPR’s calls for comment.

The inspection body stated that, following the blast, extraordinary surveys were being carried out in similar trading facilities, including the Malatia fair and gold market and the Arinj mall.

The explosion affected 36 businesses, leading to calls for the government to provide compensation.

Minister of economy Vahan Kerobyan ruled this out, arguing that enterprises should have purchased insurance, but had not done so because they “did not consider themselves at high risk”.

He called on entrepreneurs to abide by high safety standards and to insure bothy real estate and businesses.

However, the ministry of labour and social affairs approved financial assistance for the victims. Those who spent less than three days in hospital will receive 150,000 drams (360 US dollars), while those who stayed longer will get 300,000 drams (720 dollars). Families of the victims will receive three million drams (7,440 dollars).