Just a "routine" spike in cross-border attacks, or something more ominous?

Just a "routine" spike in cross-border attacks, or something more ominous? 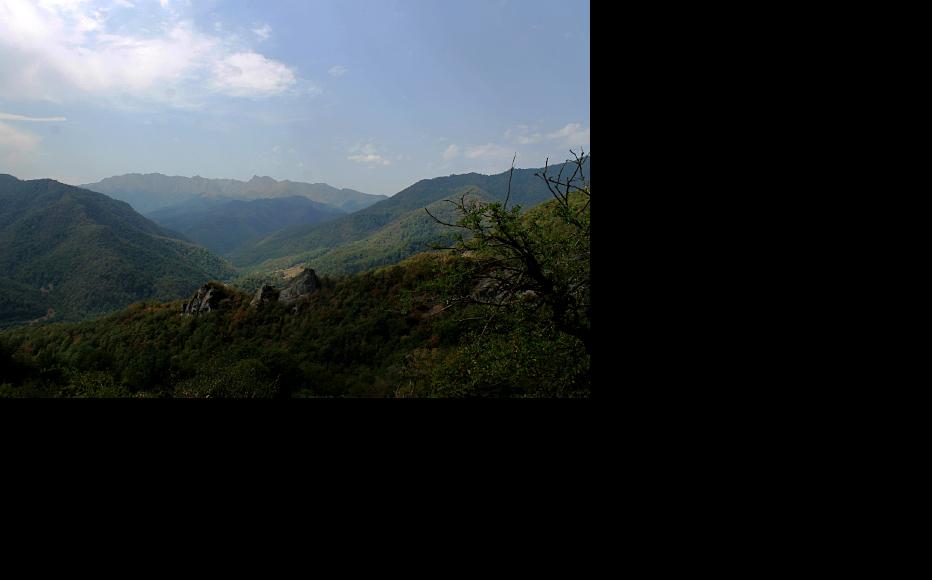 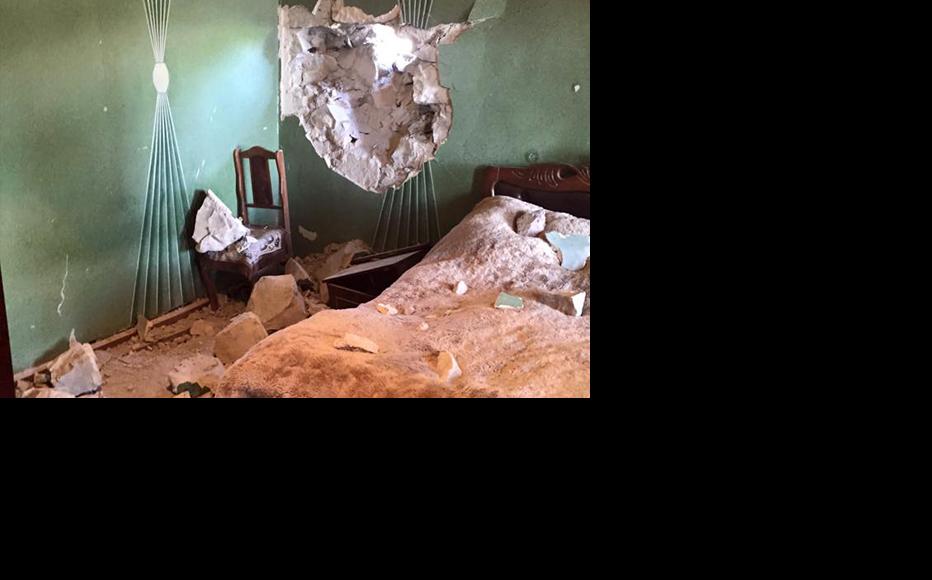 Shell damage to a house in the village of Sevqar in Armenia's Tavush region. September 4, 2015. (Photo:Arayik Harutyunyan)
The link has been copied

“Our village started coming under fire on the evening of September 2,” Artur Madatyan said. “They were using large-calibre weapons. I don’t remember weapons like that being used since the ceasefire.”

Madatyan lives in Berkaber, one of a number of villages located close to Armenia’s border with Azerbaijan which have borne the brunt of an upsurge in gunfire dating from early September.

Madatyan said that during several days of shelling, villagers took refuge in their cellars.

He said around 30 buildings in Berkaber suffered damage in the shelling, but there were no casualties among civilians there.

“It isn’t clear what would have become of them if a shell had struck the house above the cellar they were in,” he added.

On September 24, however, three women were killed when shells landed on homes in Berkaber and a neighbouring village, Paravakar, the Armenian health ministry reported.

There were also casualties among Azerbaijani villagers on the other side of the border.

“It was dark and I’d gone outside when there was a tremendous bang and I passed out,” said Esmira Dursunova, who lives in the village of Kemerli. She was hit in the stomach by shrapnel from an exploding shell. “I woke up in hospital. It turned out that the shell landed in our yard. It’s just as well it didn’t hit the house – everyone would have been killed.”

Armenia and Azerbaijan have maintained a truce since the Nagorny Karabakh war ended in 1994, but have never signed a peace treaty. Since then, Karabakh has been controlled by a separate Armenian administration, and its future status is the subject of protracted negotiations led by the Minsk Group of the Organisation for Security and Cooperation in Europe.

The ceasefire is intermittently broken by bouts of shooting across the “line of control” surrounding Karabakh and across the Azerbaijani-Armenian state border. More intense, sustained periods of fighting raise concerns of a return to full-scale conflict. There was a serious upsurge in fighting in July and August 2014 and again in January 2015.

The latest outbreak is being taken particularly seriously in Armenia because of allegations that the Azerbaijanis are using heavier weapons than usual – artillery pieces and heavy mortars. Armenian officials said their forces responded using similar weapons, and also by conducting military exercises designed to test what would happen in the event of full-blown war.

“In the last two weeks, the situation on the border has been tense. The Azerbaijani side is using artillery as well as [other] large-calibre weaponry,” President Serzh Sargsyan said at a press conference meeting after meeting Russia’s Vladimir Putin in Moscow on September 7. “We are of course forced to respond.”

In a September 26 statement, the Armenian defence ministry said that “artillery and rockets will from now on be used to prevent enemy action”.

Speaking to a European Union envoy on September 30, Azerbaijani president Ilham Aliyev said it was his army that was acting in self-defence.

“The Armenian side is provoking Azerbaijan by firing on settlements where civilians live as well as our military outposts,” he said. “We are therefore forced to defend ourselves.”

Azerbaijan’s defence ministry said it was taking defensive rather than offensive action in response to gunfire directed at sectors along the front line.

It acknowledged the use of heavier weapons than usual, saying its forces “reserved the right to carry out strikes on enemy targets without warning and using systems of even greater destructive power”. Officials said the 107-mm rockets were of Turkish design but assembled in Azerbaijan.

The United States, Russian and French co-chairs of the Minsk Group expressed “serious concerns about Armenian and Azerbaijani forces using mortars and heavy weapons in and around civilian areas”.

“The use of such weapons represents an unacceptable escalation in the conflict,” they said in a statement issued on September 25.

The authorities in Yerevan said a total of three civilians and seven soldiers from the Armenian army and the Karabakh forces were killed in September.

The Azerbaijani authorities said two civilians were killed by enemy gunfire on September 24 and 26, and three servicemen were killed in various sectors. The defence ministry said larger casualty figures reported by the Armenians were just propaganda and should be ignored.

Stepan Safaryan, head of the Armenian Institute for International and Security Affairs, sees the use of heavy weapons as a major shift in the nature of the confrontation.

“This means we are dealing with a military situation in the full sense of the word,” he told IWPR. “And if we’re dealing with a new situation, isn’t it obvious that Armenia can no longer apply the strategy it’s used in the 20 years of ceasefire? I think it [the strategy] will change to become offensive, not responsive.”

Armenian deputy defence minister David Tonoyan said the aim of both military and diplomatic efforts was now to “force [Azerbaijan] to agree to a ceasefire under new conditions”, rather than simply maintaining the truce arrangements as was previously the case.

Avaz Hasanov, director of the Society for Humanitarian Studies in Baku, also believes the situation is evolving.

“Azerbaijan used to be wary of Russia, which had an interest in maintaining the status quo, and it made no attempt to breach the ceasefire on a wide scale,” he said. “Now the situation has changed. Azerbaijan has acquired a lot of arms from Russia and has begun producing them itself. Russia, meanwhile, is busy with more global conflicts. Azerbaijan is taking advantage of the situation to give Armenia a scare.”

Hasanov says fighting on the ground will do nothing to bring a political settlement closer.

“All that happens is that people are just dying for nothing,” he said.