While Baku says army conscript chose to defect, Yerevan says his rights as a captured combatant have been flouted.

While Baku says army conscript chose to defect, Yerevan says his rights as a captured combatant have been flouted. 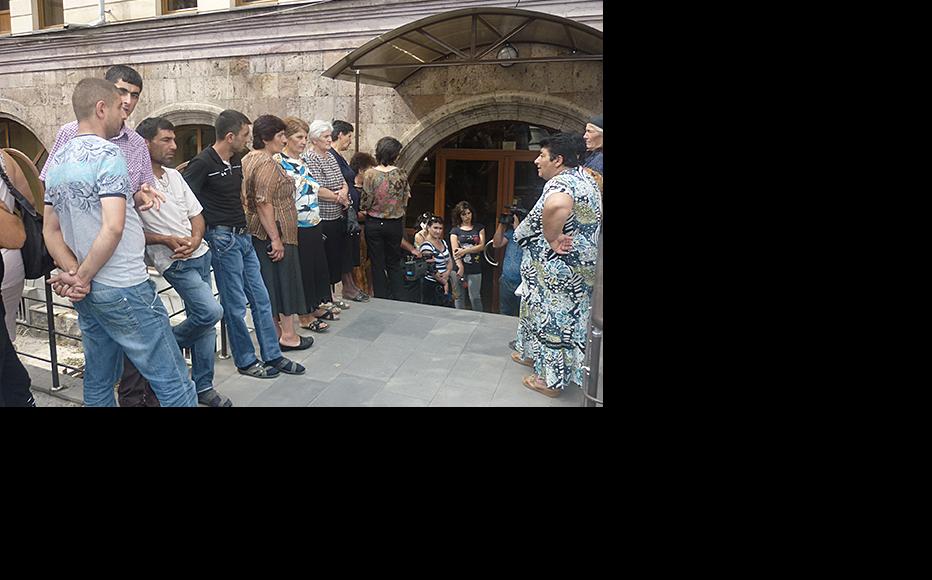 Outside the ICRC building in Yerevan, supporters of Armenian soldier Hakob Injighulyan protest against his detention in Azerbaijan. August 19, 2013. (Photo: Hetq Online) 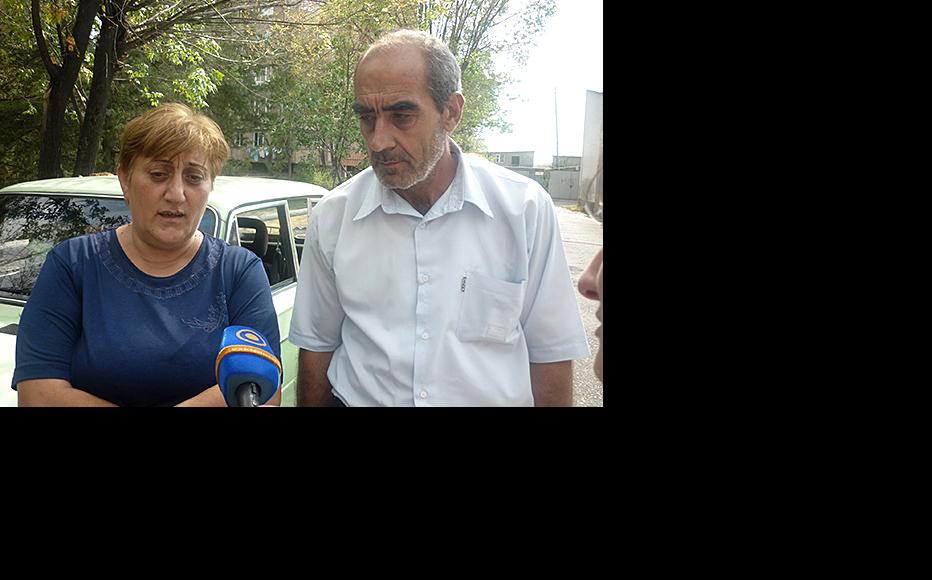 Injighulyan’s parents at the protest. (Photo: Hetq Online)
The link has been copied

Footage of a captured Armenian soldier shown on Azerbaijani has provoked fury in his own country, where the feeling is that he was coerced into giving a TV interview.

Armenian officials say Private Hakob Injighulyan, 22, got lost and strayed over the border into Azerbaijan on the night of August 7-8. Deputy foreign minister Shavarsh Khocharyan told reporters that the soldier crossed the front line by accident because his sight was poor.

In televised interviews broadcast in Azerbaijan, Injighulyan said he had defected from the army and now wanted to go to a third country.

“The situation there [in the Armenian army] is very bad, and that’s one of the reasons I crossed the border,” said Injighulyan, 22, in an interview shown on the ANS channel on August 20. “We were sitting down to eat. The commander [a lieutenant] had had a lot to drink, and he sent me to fetch water. I had done a lot of work that day and I was tired, so I didn’t go. He started physically abusing me; beating me. So I came over to your side.”

In Baku, officials insisted that Injighulyan had spoken voluntarily. They said they were willing to consider exchanging him for an Azerbaijani soldier held in Armenia, but only if he himself wanted to go home.

In Yerevan, Khocharyan accused the Azerbaijans of deliberately delaying access to the prisoner when this was requested by the International Committee of the Red Cross (ICRC).

“It’s now clear why Azerbaijani officials didn’t grant permission for ICRC representatives to see the Armenian prisoner. They were preparing him for the interview,” he said. “Azerbaijan is clearly trying to cause problems for Injighulyan in his home country, although the Armenian authorities have already announced that he will not be subjected to a legal investigation when he comes home.”

ICRC staff eventually got to see Injighulyan on August 20, and passed a letter from the soldier to his family, in which he wrote that he was being well treated.

That did little to reassure the likes of Larisa Alaverdyan, a well-known human rights activist, who wrote an open letter accusing Azerbaijan of breaching the Geneva Conventions governing the treatment of prisoners-of-war.

If Armenia and Azerbaijan are not at war, they are not at peace, either. An uneasy truce has been in place since 1994, when an end to open hostilities in the Nagorny Karabakh conflict was negotiated. Since then, Karabakh has had its own Armenian administration while Azerbaijan continues to press its claim to reclaim the area.

The ceasefire, both around Karabakh and on the border between Armenia and Azerbaijan, is punctuated by frequent gunfire, occasional deaths, and now and then the capture of enemy soldiers.

Armen Badalyan, an analyst with the Centre for Political Studies in Yerevan, recalled the case of Manvel Saribekyan, an Armenian captured inside Azerbaijan in 2010. Azerbaijani officials accused him of being on a sabotage mission, and ANS television showed footage of Saribekyan in which he appeared to admit this. The authorities in Baku later announced that he had committed suicide in custody.

The Armenian authorities said Saribekyan was a local shepherd whose only mission was to find some stray animals. When his body was returned to Yerevan, prosecutors said it showed signs of beatings. (See Tensions Rise After Armenian Dies in Azeri Custody.)

As recriminations continued over the Injighulyan case, one defence expert said that instead of arguing about this one incident, people in both countries might usefully reflect on the way conscripts were treated in their respective armies.

Yashar Jafarli, a retired lieutenant-colonel in the Azerbaijan army, argued that the interview with Injighulyan had been shown for domestic consumption in Azerbaijan, to counter public anger into the frequent death of conscripts. The idea, he said, was to show people that the Armenian army was even worse.

“You mustn’t forget what kind of pressure these young men are under when they speak,” he added. “Both Azerbaijan and Armenia are taking part in this information war.”

In a different kind of diplomacy, the head of Armenian Apostolic Church, Catholicos Karekin II, wrote to the official leader of Azerbaijan’s Muslim majority, Allahshukur Pashazade, asking him to intervene on Injighulyan’s behalf. Pashazade has yet to respond.

Azerbaijan, Armenia
Conflict
Connect with us