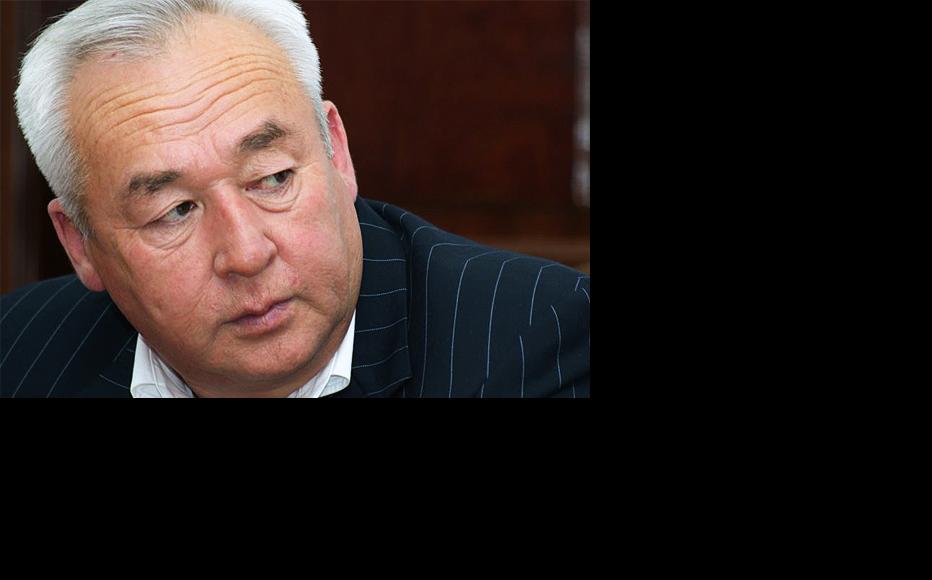 Kazakstan has experienced yet another blow to press freedom with the conviction of a well-known father-and-son pair of journalists on fraud charges.

On October 3, Seitkazy Mataev and his son Aset Mataev were sentenced to terms of six years and eight months and five years respectively. Both were found guilty of fraud, while Seitkazy was also found guilty of tax evasion and had property seized.

In addition, they were fined more than 500 million tenge (1.5 million dollars).

Seitkazy was the head of the Kazakstan's Journalists Union and the National Press Club, as well as former press secretary to the president. Aset was the director of the KazTAG news agency.

The prosecution said that they had accepted state grants to support the production of news about government affairs. KazTAG produced the material, but placed it behind a paywall. This was ruled to be an improper use of state funds.

However, many observers saw the entire case as an attempt to not only silence the journalist but also take over their property.

The Almaty buildings that housed the National Press club and the House of Journalists – both owned by Seitkazy - were confiscated following the ruling.

From the start, proceedings were fraught with legal violations.

The initial court hearing, which was scheduled for August 23, was suspended when 61-year-old Seitkazy was hospitalised with hypertension.

Nonetheless, the trial continued without allowing him time to fully recover. He was taken to hospital by ambulance several times during proceedings.

Kazakstan ratified the UN’s International Covenant on Civic and Political Rights (ICCPR) in January 2006. This recognises and protects a right to justice and a fair trial, particularly equal treatment, enough time to prepare one’s defence and an opportunity to communicate with one’s lawyer.

And article 23 of the Kazak Criminal Code guarantees equality between the defence and prosecution, with the court tasked with remaining objective and impartial.

Yet Judge Akbulat Kurmantaev denied the defence’s request to question the 52 witnesses who appeared in court.

All the witnesses were, in any case, drawn from the ranks of the government, the parliament, local councils, state-owned media companies and other official bodies.

Addressing the court, Seitkazy said that the allegations against him were the work of lawmaker Nurlan Nigmatulin, the former head of the presidential administration, and Talgat Tatubaev, a senior official in the Anti-Corruption Service.

He said that they had explicitly warned him to refrain from campaigning journalism or face prosecution.

“Nigmatulin told me at a meeting at the presidential administration, ‘Give up KazTAG, and we'll stop everything.’ [He meant] stop the legal case and release us from criminal prosecution. But he also told me that they would seize [my] buildings in Almaty and the Journalists’ House in Astana,” Seitkazy said.

After KazTAG published the full text of his statement on September 28, both Nigmatulin and Tatubaev denied the accusations.

Violations during the trial undoubtedly entitle the Mataevs to appeal to the UN Human Rights Committee.

Their most recent report on Kazakstan included a number of troubling instances of abuse, and the Mataevs’ case will be another blow to the state’s image.

His Journalists Union also worked tirelessly for the rights of Kazak media.

This year, in honour of the country’s 25th anniversary of independence, the union established an award for outstanding achievements towards the development of Kazak civil society.

Seitkazy also created the legendary National Press Club, which hosted innumerable speakers including opposition politicians. It always provided a platform for everyone, without exception.

It was miserable to see how, on the same day the Mataevs’ trial began, the top two floors of the National Press Club building in Almaty were demolished.

Almaty’s State Architecture and Construction Control Department said that they had been added illegally, although there are plenty of other similar multi-storied buildings in the city.

What was also sad to witness was how the Mataevs' case drew attention from international human rights organisations but failed to resonate inside the country.

Apart from a very few media professionals, no one spoke up in their defence or protested the harsh verdicts.

This says a great deal about the current state of the media landscape here.

This year, Kazakstan ranked 160th out of 180 states in the Reporters without Borders Freedom of the Press index.

The Mataevs' case should - and will - lower Kazakstan's score further.

Zhanna Baitelova heads the Guild of Court Reporters NGO and is based in Almaty.

Kazakstan
Media
Connect with us