Anti-government rallies small, but analysts still see them as significant.

Anti-government rallies small, but analysts still see them as significant. 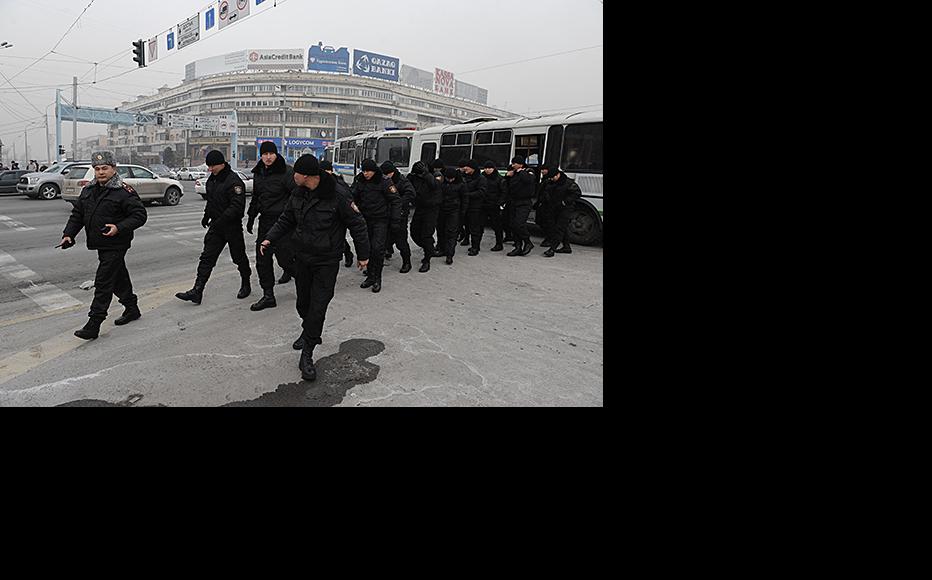 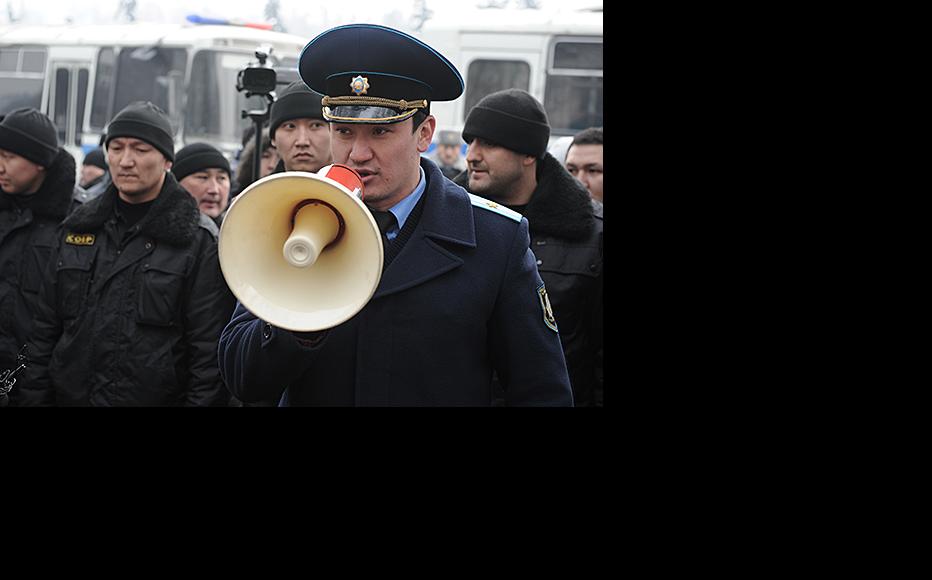 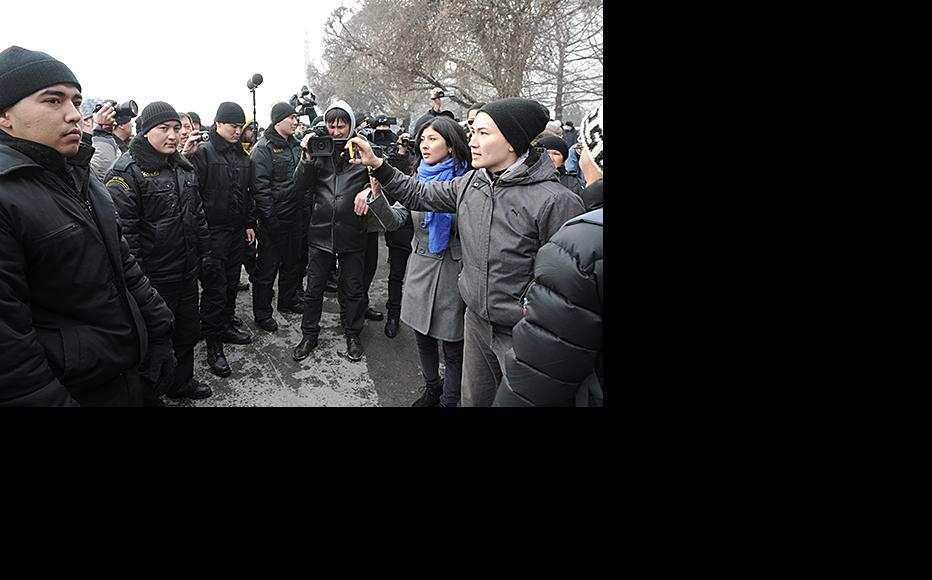 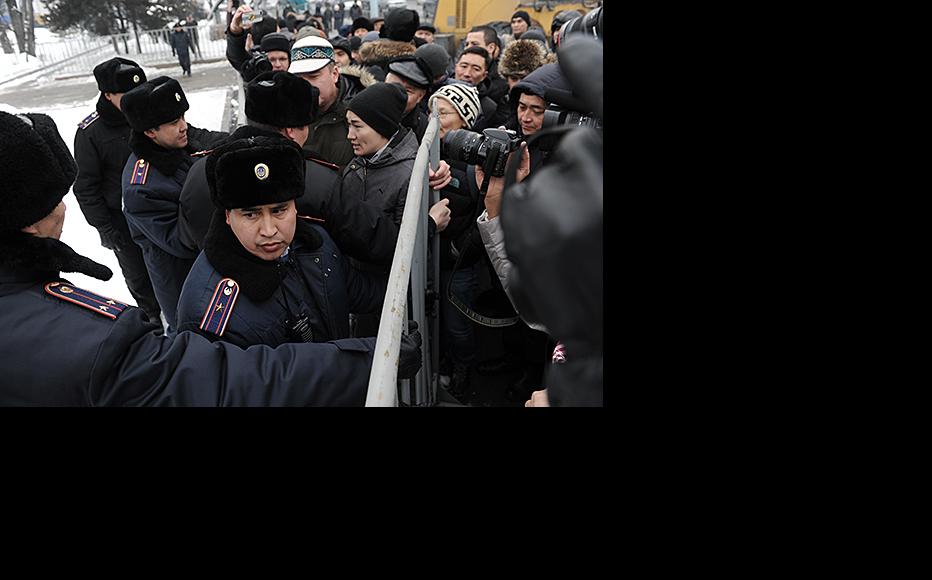 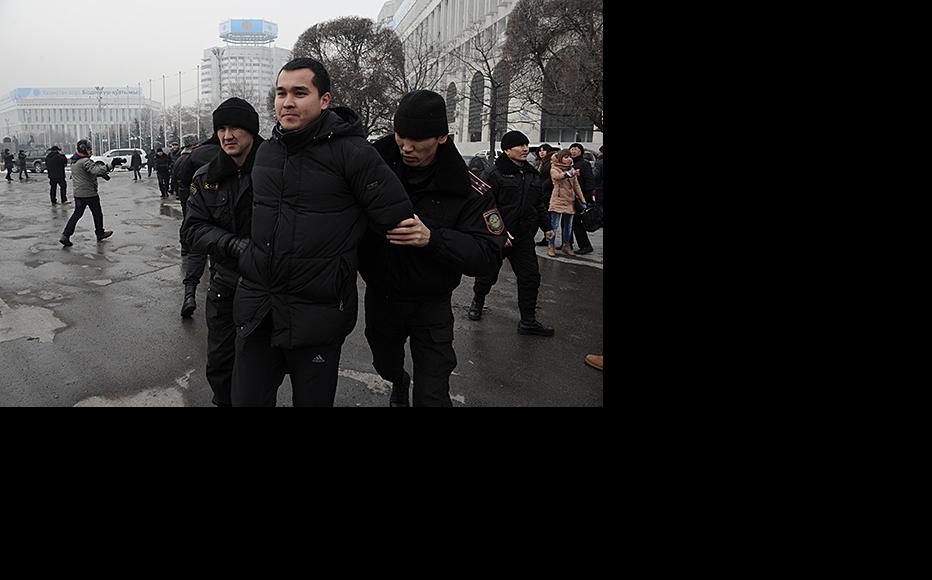 A protester is taken away by police. February 15, 2014. (Photo: Vladimir Tretyakov) 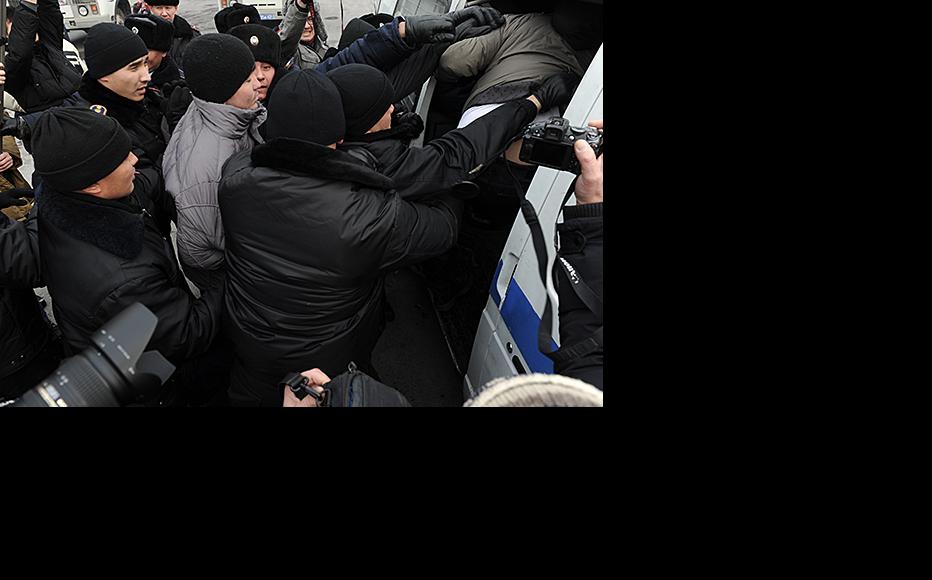 Some of the 30 people detained are bundled into a bus. February 15, 2014. (Photo: Vladimir Tretyakov) 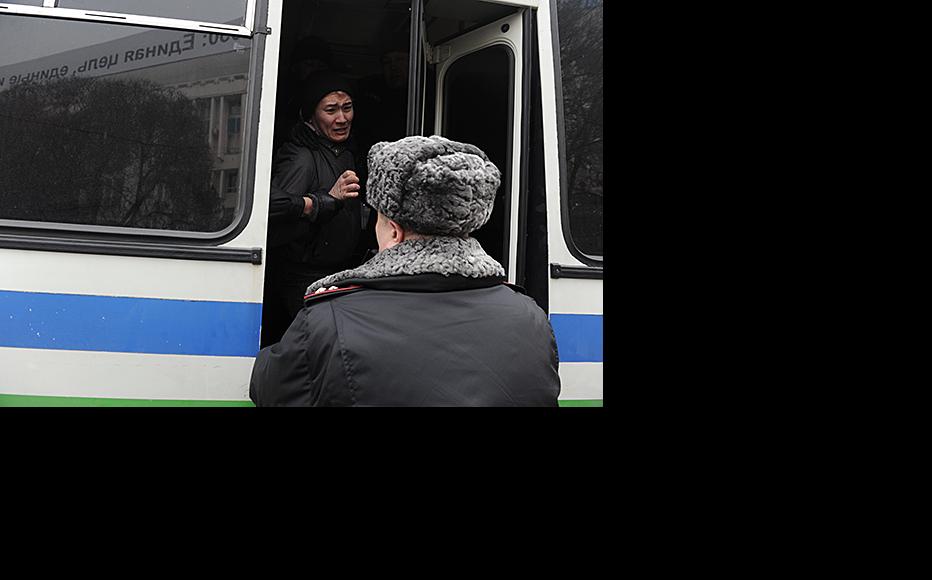 Janar Sekerbaeva was among the demonstrators taken to a police station, fined and released. February 15, 2014. (Photo: Vladimir Tretyakov)
The link has been copied

Analysts say that recent protests over Kazakstan’s surprise devaluation of its national currency signal a fresh interest in social action among younger people.

The demonstrations which followed the devaluation announcement on February 11 were small and were quickly dealt with by the authorities. Much of the anger was focused on President Nursultan Nazarbaev personally.

The devaluation on what is now being called Black Tuesday shifted the exchange rate, previously pegged at 145 to 155 to the US dollar, to 185 tenge to the dollar. This represents a loss in value of about one-fifth.

According to Kairat Kelimbetov, the head of the National Bank, it was no longer possible to prop up the tenge’s value by depleting the country’s gold and currency reserves as the Russian rouble – a key trading currency for Kazakstan – weakened. Russia has been managing its own depreciation in a gradual manner since October 2013.

Kazak officials insisted that the move would strengthen the economy and help local businesses.

In a public statement on February 14, President Nazarbayev instructed his government to draw money from the National Fund, created out of windfall oil revenues, to support the economy over the next two years.

Official reassurances did not stop people from rushing to change their money into foreign currency in anticipation of price rises for food, medicines and fuel. The cost of some electronic goods quickly jumped by a third, with prices for imported cars and property also rising.

The first protests centred on problems faced by people struggling with their mortgage repayments. About 40 people, mostly middle-aged, seasoned activists, held a demonstration outside the National Bank in the country’s financial centre Almaty to demand Kelimbetov’s resignation.

No arrests were made, but some of the protesters were issued with warnings for participating in an unauthorised event. There were attempts to stage similar actions in the capital Astana and the cities of Ust-Kamenogorsk (Oskemen) and Karaganda.

The largest protest, driven mostly by young people and drawing more than 100 people, was held in Almaty on February 15. Police quickly moved in and arrested around 30 demonstrators, most of whom were fined and then released, although two were given sentences of a week or two in prison.

Along with general criticism of the authorities, there were also open calls for the president’s resignation. Protesters chanted that the time had come for the “old man” to leave. An online petition for Nazarbayev’s impeachment was eventually blocked by the authorities.

As much as the shock of the actual devaluation, protestors were incensed about how the announcement had been handled.

Janar Sekerbaeva, a 32-year old who took part in the February 15 protest, told IWPR that the devaluation showed that the authorities had once again ignored the needs of ordinary people.

“We are tired of social injustice and the fact that power remains in the hands of the same individual,” she said. “They way devaluation was introduced and the heavy-handed tactics against those who took part in protests show that those who rule our country don’t care about us.”

A 34-year-old teacher from Almaty who asked to remain anonymous said that the falling value of the tenge had eaten up one-fifth of the 350 dollars a month people like her were paid.

She went out to protest despite the fact that she and other teaching staff had been instructed by school administrators to persuade students to stay away from such gatherings.

“They say Kazakstan has joined the top 50 of the most competitive countries in the world and that our economy is doing well. But this latest devaluation is proof that the entire economic system is in crisis and people’s living stands continue to go down,” said a 22-year old protester who spoke on condition of anonymity.

Rumours of devaluation have circulated over the past year, but were consistently denied by the government. In late 2013, officials urged people to keep their savings in tenge. Last week, Kelimbetov admitted that the government had been weighing the move for the last six months.

Tulegen Askarov, a financial analyst with Forbes.kz, told IWPR that regime insiders might have benefited from knowing the exact timing.

“If you look at the stock market analysis, purchases of foreign currency jumped by 2.3 per cent shortly before the devaluation” he said. “It’s therefore highly likely that someone with insider information has made good money.”

Almaty-based political analyst Maxim Kaznacheyev said the government had completely failed in its duty to notify and properly prepare the public for the blow.

While agreeing that the small protests which followed the announcement were no threat to the political elite, Kaznacheyev added, “At the same time, we can see that public discontent with the government’s policies is rising and the number of protests is growing. This does worry the authorities, which made it clear that the law-enforcement agencies are ready to use harsh methods to stop them.”

This is the third devaluation of the tenge since its introduction after Kazakstan became independent in 1991, but it is the first to spur people to come and demonstrate.

Analysts say the largely spontaneous nature of the protests contrasted with previous actions led by the political opposition, which has largely disintegrated.

Political activist Erlan Karin told the online publication Sayasat.org that although the scale of unrest was not significant, it marked an increase in the number of “unsanctioned” protests.

“In the past, the opposition used to apply for permission to stage a protest,” he said, “but ordinary people who take to the streets now aren’t bothering to ask the authorities for approval.”

Dauren Altynov is a pseudonym for an IWPR-trained journalist in Kazakstan.

Kazakstan
Women's rights
Connect with us