Reactions to movie show that old wounds have not yet healed.

Reactions to movie show that old wounds have not yet healed. 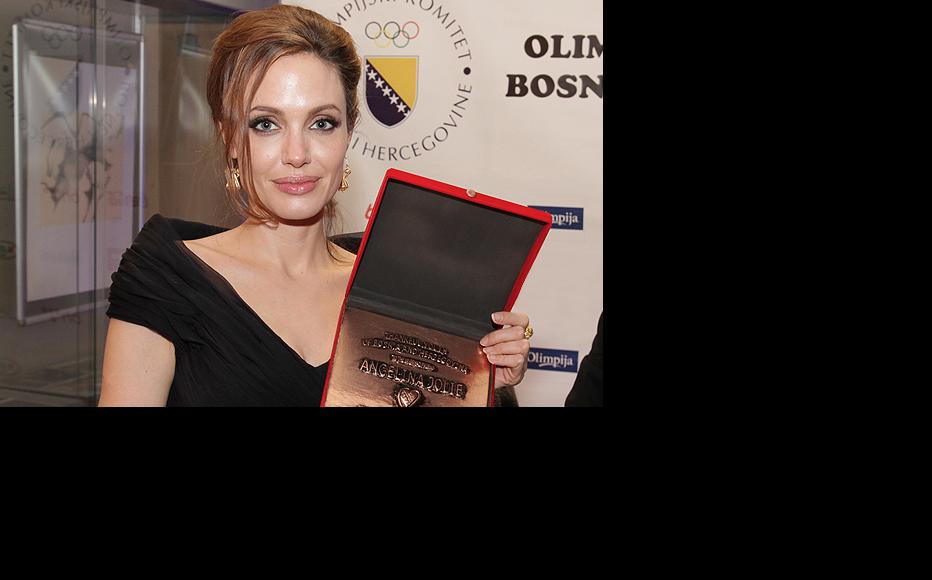 Following the Sarajevo premiere of her movie &amp;quot;In the Land of Blood and Honey&amp;quot;, Angelina Jolie received a friendship plaque form the Youth of Bosnia and Herzegovina. (Photo: Sarajevo Film Festival) 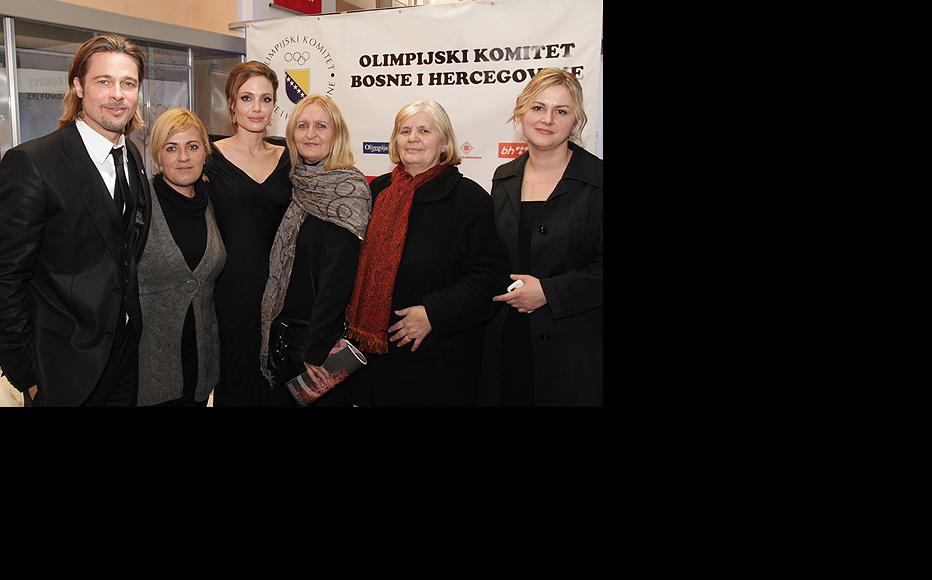 Angelina Jolie and Brad Pitt meet with victims from all three sides of the conflict (Bosniak, Serb and Croat). IWPR reporter Velma Saric (right) was also present. (Photo: Sarajevo Film Festival)
The link has been copied

I first saw Angelina Jolie's directorial debut “In the Land of Blood and Honey” – which had its official premiere in Bosnia this week – at a private screening held in Sarajevo in December. As I watched the scenes of mass rape of Bosnian women – something I heard from victims I interviewed during and after the 1992-95 war in Bosnia – I was shaking and crying, and my heart beat fast.

Whenever there is a scene of a woman being raped in a movie, I close my eyes. I can not stand the degradation, humiliation and terror a woman is exposed to in such an act, even though I know the scenes are fictional.

But this time, I forced myself to watch the rape scenes, knowing that they were hardly a fiction. Jolie's movie depicted events that actually did happen to tens of thousands of women during the Bosnian war. The fact that the rape scenes were shot so realistically made them almost unbearable to watch. What the film also depicted exceptionally well was the constant fear and utter helplessness these women experienced at the hands of their captors.

It was not surprising, then, that some of the wartime rape victims who saw the movie at another special screening a few hours earlier reacted very strongly to scenes which reminded them of their own terrible experiences. Some threw up, some fainted.

The special screening, organised by the Sarajevo-based Post-Conflict Research Centre last December, brought back so many bad memories to prison camp survivors and made them feel as if they were helpless victims again – detained, raped and tortured for months. Yet afterwards, most victims said they were pleased that a major Hollywood star like Jolie had made a film about this painful subject and focused global attention on the suffering of Bosnia's victims, who often feel forgotten by everyone.

“As a victim of war, I found this movie very difficult to watch, but I think it very accurately portrays what we went through, more than any other movie made on this subject so far. This is the real truth,” said Enisa Salcinovic, at a discussion held after the screening in December.

“In the Land of Blood and Honey” tells the story of the Bosnian war through the relationship between a Bosniak woman and a Serb man. She becomes a detainee in a prison camp in which he is serving as a senior officer.

Jolie has repeatedly said this is not a political movie, but an artistic interpretation of the events which took place during the Bosnian war, seen from the victims’ point of view.

On the evening of February 14, the film officially premiered in Sarajevo, to a n audience of 5,000 from all over Bosnia. Jolie's team gave away 2,100 free tickets to victims’ associations, non-governmental organisations, human rights activists and students who wanted to come and see her film.

At the end of the screening, a tearful Jolie thanked the audience for the heartfelt welcome she received.

“To share this [film] with you means the world to me,” Jolie told the crowd, who gave her a standing ovation.

But judging from the media coverage in Serbia and Republika Srpska, RS, reactions to Jolie’s film – which hasn’t begun showing there yet – will be anything but positive.

Serb journalists who saw the film at the Berlin Film Festival earlier this month seem to have had a hard time accepting that it portrays the Bosnian Serb army as the main villain, while the victims are non-Serbs. They attacked the movie as “a Hollywood stereotype” and accused the author of depicting Bosnian Serb soldiers as monsters “committing rapes, killing babies and shooting civilians”.

They claimed it lacked balance because only one army was shown – that of the Bosnian Serbs.

When Sandra Perovic, a reporter with Radio Televison Serbia, asked Jolie at a press conference held in Berlin last week why only the Serb army was shown in the movie, an actor in one of the main roles, Rade Serbedzija, replied, “The events in the movie take place in a Serb-held prison camp, so how can you expect to see uniforms of all the warring parties there?”

Jolie has repeatedly said she hopes this film will start a dialogue about the wartime events and about the crimes that were committed, and that it may help the process of reconciliation.

But if the initial reactions to the movie in Serbia and RS are anything to go by, it is obviously way too soon to expect such a positive outcome.

The film will premiere in Belgrade on February 23. Although Jolie initially planned to attend this event, she apparently changed her mind when she was told by Serb media that she would not be welcome.

While the film has not been officially banned in RS, it will not be shown in any of the main cinemas there, allegedly because local audiences are not interested in seeing it.

This was not a universally popular decision, however.

“Who is to decide in my name whether I will want to see this move or not?” one young Serb women from the town of Prijedor in RS wrote on her Facebook wall earlier this month.

In protest at not being able to see the film at a cinema, she decided to hold a screening at her own home, using a pirate copy she downloaded from the internet. When she invited anyone to come to her apartment and see the movie, the response was so great that she had to organise several screenings to accommodate all those who wanted to come.

After the premiere in Sarajevo, Jolie held a private meeting with victims of rape from all three ethnic groups – Bosniak, Serb and Croat – which was organised by the Post-Conflict Research Centre. The meeting was extremely emotional and Jolie said that it was only the first of many to come.

“I am aware that the suffering in this country is present on all sides, and I hoped that [my] movie was able to portray this suffering in a way that represented that of women throughout the world who have experienced such pain,” Jolie said.

While it is better left to the film critics to discuss the artistic merits of her work, observers in the region agree that Jolie has already achieved what she set out to do – she has reminded people in the Balkans of their painful past, which so many of them have been trying to sweep under the carpet over the last 15 years.

She also gave victims of wartime rape a voice, and a sense that they haven't been forgotten.