All You Need is Plov

Central Asians vie for ownership of a much-loved dish.

All You Need is Plov

Central Asians vie for ownership of a much-loved dish. 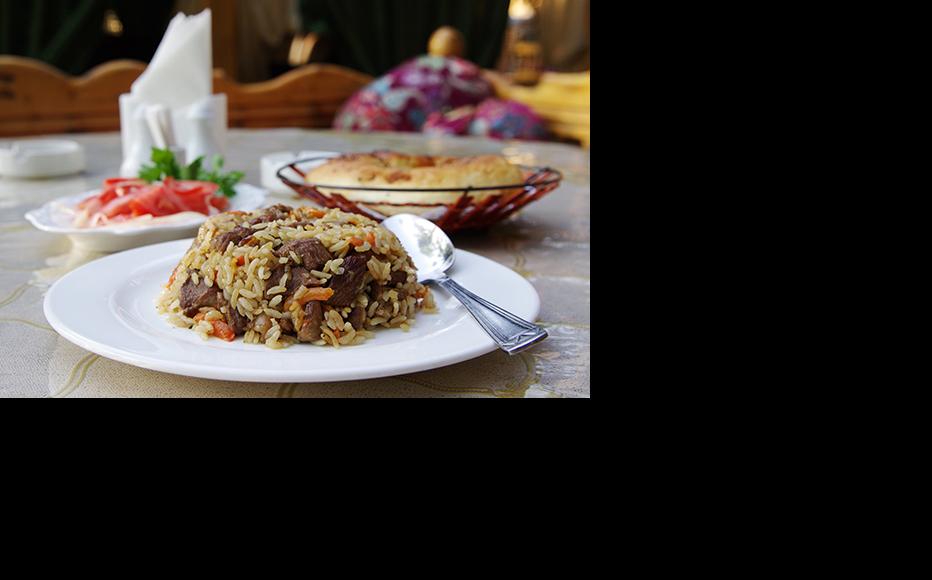 Plov is one of the most common festive treats across Central Asia. (Photo: Aziz Mamirov) 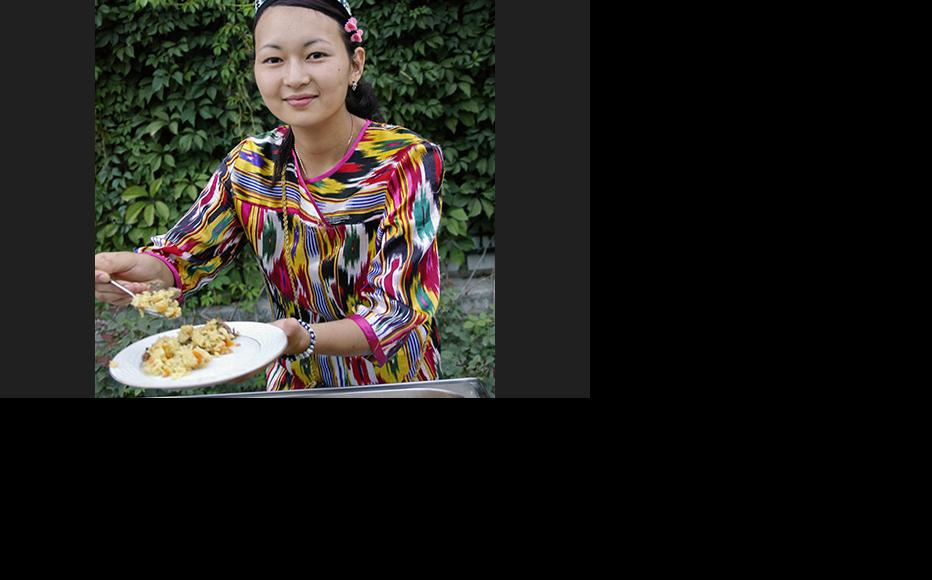 A woman is serving plov at a reception on behalf of the Uzbek Embassy in Almaty, Kazakstan. (Photo: Aziz Mamirov) 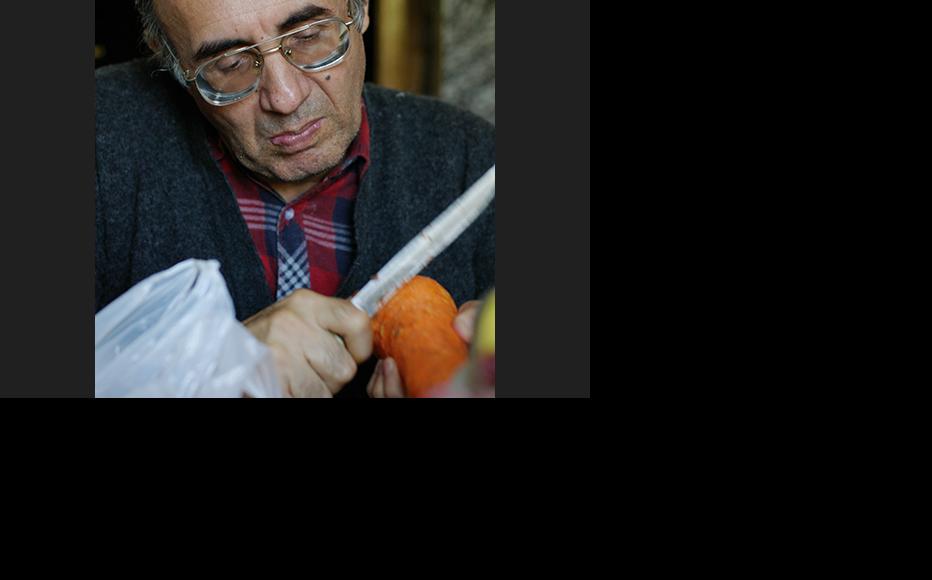 Abdumalik Mamirov, an ethnic Uighur from Kazakstan, is making plov in his house in Almaty. (Photo: Aziz Mamirov)
The link has been copied

There is an old Uzbek saying, “If you’re rich, eat plov; if you’re poor, eat plov.”

Across Central Asia, this deceptively simple dish based around lamb, rice, onions and carrots simmered in broth accompanies every meaningful life-cycle event.

Now, a regional movement is growing to have plov recognized by the UN as an “intangible cultural heritage”.

The only problem is that, like hummus and falafel in the Middle East, plov is a matter of national pride to several different nations.

Last year, Tajikistan and Uzbekistan both separately applied to UNESCO - within a few weeks of each other - to have the plov recognized as part of their nation’s intangible cultural heritage.

Further afield, Azerbaijan has also raised the prospect of recognition. And while Kyrgyzstan and Kazakstan have made no formal applications, locals are similarly devoted to the festive dish.

“Nobody wants to yield the right of being regarded as a homeland of [plov],” said Sergey Rybakov, who heads the International Parliamentary Commission on Science, Education and Culture of the Commonwealth of Independent States (CIS).

At an October 19 meeting of the working group in Saint Petersburg he said that an internal convention was being prepared to help the CIS nations make joint applications to UNESCO.

He noted that “there is an example of several countries featured in UNESCO documents as joint holders of an intangible cultural heritage, such as the Mediterranean diet,” Rybakov said.

This was recognised by UNESCO on November 19, 2010, although the UN body made clear that the diet belongs equally to Cyprus, Croatia, Spain, Greece, Italy, Morocco and Portugal.

Food historians note that versions of plov are spread across Asia.

The Turkish pilav, Persian polow and Indian pilau – and even Spanish paella - are all related, with versions including dried fruit, paprika, garlic, tomato, beans and spices.

“Although plov is considered to be an Uzbek dish [among Central Asians], in reality it has much wider geography and history,” said Kyrgyz chef Daniyar Derkembaev, who runs a popular blog specialising in Central Asian cuisine.

Now resident in Germany, Derkembaev still runs a Bishkek cooking school for both chefs and amateurs. There, he said, different ethnic groups came together happily to cook plov, which he described as “an intercultural dish” with the ability to unite people of different backgrounds.

“In theory, one has to study the art of plov-making for 15 years,” Kadyrova said. “People devote their lives to that.”

Kadyrova herself has taken several courses to help her master the dish.

“Plov is pan-fried, boiled and steamed for two-and-a-half hours,” she explained. “In addition, one has to know how to select the rice and carrots. The first carrots of the season behave one way; later ones are different. Same with rice. This is something to master.”

Then there are the myriad regional variations.

Uzbek plov is characterised by cooking all ingredients together in a traditional kazan pot using cotton-seed oil or sheep tail fat, apart from in Samarkand, where the constituent parts are cooked in separate layers.

“Carrot is thinly sliced in Bukhara and Samarkand, while in Tashkent they cut it into thicker straws,” Kadyrova said. “A standard Tashkent plov is unimaginable without ‘nohat’ peas, raisins and turmeric which is used for colouring… [while] in Ferghana they prefer to overcook the carrot.”

Customs and traditions surround the signature meal served at weddings, funerals and birthdays. Even business meetings in Central Asia are often conducted over a bowl of tea and a dish of plov.

“Over the dining table one can solve long-running problems with others as well as get to know the latest news,” Bishkek-based analyst Dmitry Orlov told IWPR. “It’s the same with politicians.”

In some regions of Tajikistan people sing special songs and dedicate a dance to plov, which is particularly prized when it has a golden crust, called zerab.

The atmosphere in which the dish is created is also vital. In Uzbekistan, a prayer is read before cooking plov to wish health to the household and their guests.

“It’s very important which type of mood the plov is prepared with. No kinds of conflict are tolerated on the premises while the plov is being cooked,” she emphasised.

It can also serve as a tool of communal or male bonding, she continued.

“A choikhona [teahouse] plov is cooked by men who gather together for an entire day when their wives go out.  They’ve got a whole day [to make plov], no rush.”

While women cook plov for family events, it’s a male prerogative to cook plov for big feasts where more than 100 kilograms of plov might be cooked in a giant cauldron.

Indeed, plov championships are regularly held in Uzbekistan where they are viewed as a spectator sport.

“Plov championships are a matter of dignity for local cooks,” Kadyrova said. “They defend not their own honour but the honour of the whole mahallah [neighborhood]. The competition is broadcast on TV.”

“Cooks from various regions [of the country] participate,” she continued. “They are given same products. Once the time is set, each of them cooks plov his way. The general principle of plov-making is the same, but everyone has little secrets.”

Such championships are similarly popular just across the border in Tajikistan,

Another event held in October in Khujand in Sughd district saw 40 cauldrons employed to cook ingredients including an entire tonne of rice.

Tajik online news outlet Nezavisimoe Mnenie reported that the event included a “fastest plov eater” completion, with the winner Rustam Kholnazarov receiving a 2,000 somoni (250 USD) prize – a considerable win in a country where the average monthly wage is just 130 dollars.

A sign of plov’s potential international reach came in 2014 with the launch of Plov.com, a Moscow-based food delivery company, whose ad campaign went viral among young professionals in the Russian capital.

Offering a contemporary versions of “genuine Uzbek plov’  - including a vegetarian variety – their main slogan was ‘All You Need is Plov’ featuring the Beatles quartet in Central Asian-style hats.

Others included ‘Viva la Plov’ featuring an iconic image of Cuban revolutionary Che Guevara, ‘I Wanna be Plov by You’ with Marilyn Monroe and ‘Plov Must Go On’ with Freddie Mercury.

But those who claim plov as their own are often suspicious about other nations’ ability to prepare the dish.

“In Uzbekistan one tends to think that people of another ethnic grouping wouldn’t be able to cook plov the right way,” Kadyrova said.

“In Tajikistan, chefs started experimenting with spices and adding pomegranate, quince and lemon. It’s made to distinguish a cook or an eatery from the others.”

But he added,  “I think there is a consensus among ordinary people in Tajikistan that plov is both a Tajik and an Uzbek dish.”

For Kadyrova, however, there can only be one winner.

“Unlike others, an Uzbek plov is filled with more flavour and scent,” she said. The secret ingredient, Kadyrova concluded, are Uzbekistan’s particularly flavourful carrots.