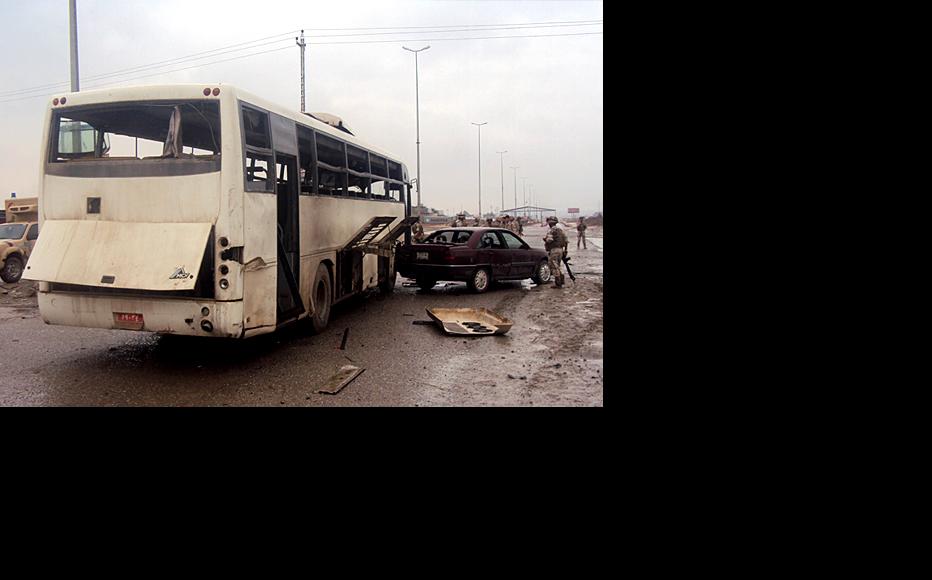 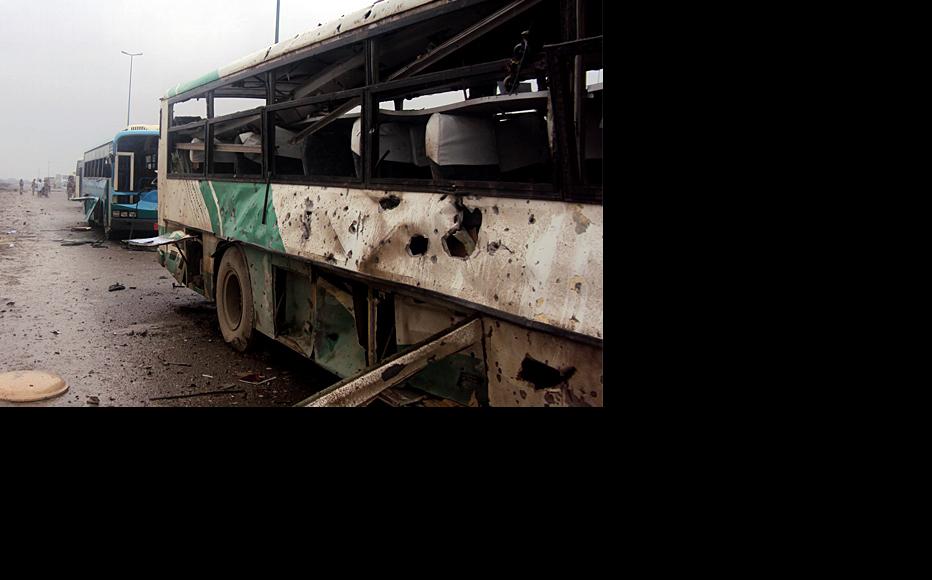 Insurgents linked to al-Qaeda carry out regular attacks in Mosul. (Photo: Hakar Said/Metrography)
The link has been copied

The street emptied at the sound of gunfire, the men scattering in separate directions. A corpse was left behind, the lone victim of the shooting. After a few hours, someone covered its face with a sheet of paper - a gesture of respect for the dead.

This is Mosul, my home. Since 2003, I have worked as a reporter here, mainly for local newspapers. Stories of murder and abduction are part of my routine.

Al-Qaeda still thrives in my city, long after it was driven underground in other parts of the country. Once a pillar of the local insurgency, the group - also known as the Islamic State of Iraq - now operates as a mafia, funding itself through extortion and blackmail.

Though deeply unpopular, its reputation for ruthlessness has also made it very powerful. Unlike other insurgent groups, al-Qaeda never restricted itself to fighting the Americans. Right from the start, it showed it was ready to kill Iraqis too.

At the height of the conflict in 2005, the group frequently abducted large groups of men. Hours later, their decapitated bodies would be dumped in the street. The severed head would be balanced on top of the corpse, often alongside a DVD containing footage of the beheading.

Al-Qaeda may no longer be as brazen in Mosul, but it is still viewed with dread. The group's strategy for survival in the city is, in part, the product of pressures it has faced elsewhere.

Over the last few years, the United States military and Iraqi government forces have largely succeeded in cutting off al-Qaeda's access to funds and fighters from abroad.

As a result, the group's members in Mosul are now mostly locals - natives of the city, or Arabs displaced from the nearby town of Tal Afar.

The shortage of foreign funds forced al-Qaeda to look within Mosul for its income. It found a source in the many businesses that still operate here, helped by the city's position along trade routes linking Turkey, Syria, Iran and the rest of Iraq.

Merchants in every conceivable sector give a levy to al-Qaeda. Payments to the group enable the local economy to function, keeping markets stocked with essential goods and guaranteeing the passage of construction materials and farm produce across the nearby borders.

Though no businessman would speak about the subject to a journalist, their casual conversations are filled with stories of extortion.

Suspicion and fear have destroyed a close-knit community of merchants, who once shared in each other's successes. Established enterprises have been hit hardest, some of them targeted by newcomers seemingly linked to al-Qaeda.

An acquaintance told me he was offered 100,000 US dollars to sell his shop to a businessman newly arrived in Mosul. After making inquiries, he was tipped off that his son would be kidnapped as soon as he made the deal. His payment for the sale would be demanded as ransom.

Another friend who operates a currency exchange said all his neighbouring businesses gave a tax to al-Qaeda. The group's agents would visit every month, threatening to kill or kidnap those who failed to pay up.

A friend who owns an electricity generator initially refused to pay the levy. He relented after being warned his generator would be bombed if he held out.

A shop-keeper told me he had received a phone call demanding payment from an unknown group, just after he had paid his monthly tax to al-Qaeda. He informed the original gang of the phone call, and was not bothered by any further demands from the other group.

The wealthy are not the only victims. A street vendor who takes home no more than 15,000 Iraqi dinars (about 13 US dollars) a day also said he was paying 30 per cent of his profits as tax to al-Qaeda.

Mosul's chronic insecurity and political feuds have created the perfect environment for al-Qaeda to operate. The city has a mixed population of Arabs and Kurds. More than a year since elections to the provincial council, leaders of both communities have been unable to reach agreement on government.

Religious minorities, such as the Christians, complain of being trapped between the competing interests of the larger groups.

Though Mosul's streets are choked with checkpoints and men in uniform, their presence does not seem to affect the insurgents. The officers rarely speak to journalists, insisting they are not authorised. Their spokesmen are usually unavailable.

The security forces seem to inhabit another world to the civilians. It feels as if we live in separate valleys, with mountains between us.

A friend told me the security forces were technically correct to claim they were cracking down on al-Qaeda's supporters when they raided certain local businesses.

But, the friend said, the authorities' statement was only half the truth. Most merchants disagreed with al-Qaeda's ideology and had been coerced into offering them financial support.

The government has pledged to rid local institutions of corruption and the influence of the insurgents.

However, the people of Mosul wonder how easy this will be. Many of us believe the militants have deep contacts within the state, especially as they seem to know all about the latest contracts and tenders issued by the government.

Al-Qaeda also appears to have thoroughly infiltrated the security forces.

A friend of a friend who works in the police force recently took a vacation out of town, accompanied by three colleagues. All the officers were in plainclothes, travelling with civilians on a minibus.

An insurgent boarded the vehicle and called out the names of three of the policemen, asking them to step forward. One of the officers protested, saying he had long stopped working for the force.

The insurgent responded by showing him a copy of the police payroll. "Is that not your signature, confirming receipt of your salary two days ago?" he asked.

The three men were led off the bus. The man who tells the story says he never heard from them again.

Saad al-Mosuli is the pseudonym of an IWPR-trained journalist in Mosul.