Green spaces provide a rare opportunity to socialise without fear of harassment.

Green spaces provide a rare opportunity to socialise without fear of harassment. 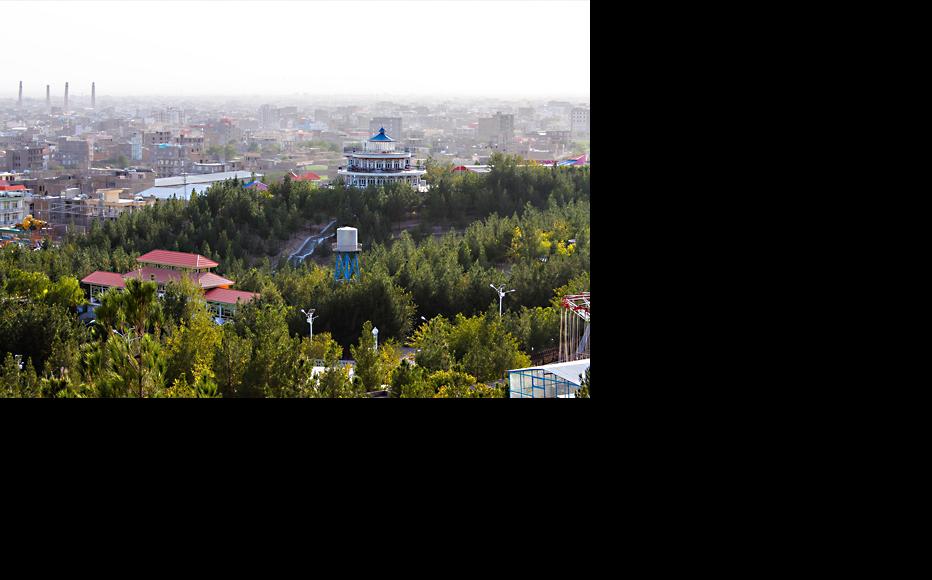 A park in Herat, Afghanistan. (Photo: Menhaj Sharaf/Flickr)
The link has been copied

“Whenever I come here, I feel calm and relaxed for the whole of the next week,” the 20-year-old told IWPR.

“I always wanted to be able to talk and laugh with my girlfriends outside our home environment without being judged and bothered by other people, but I never had the opportunity do so in the past,” she continued.

The park, owned and run by Herat’s department of women’s affairs, was opened in 2008 but fear of attack deterred many from using it.

“Thank God, security these days is good and we have recreational areas especially for women, so we don’t need to worry and can have fun in the parks,” Fatima said.

Afghanistan’s conservative traditions as well as security concerns and fear of harassment mean that women are uneasy about visiting public parks if they are not accompanied by male family members.

Specially created recreational areas open only to women allow them an opportunity to meet friends, enjoy nature and socialise in peace.

Mahbooba Jamshidi, the director of Herat’s department of women’s affairs, said that the Shamira Garden was open daily and could be visited free of charge. As well as areas for walking and picnicking, sections had been prepared for women to sit and study Koran or practice needlework.

“The department of women’s affairs has paid for 800 to 1,000 trees to be planted annually so as to make the garden even greener,” she said.

The city’s other women’s park is the Gawhar Shaad Begham Garden, a green space with around 40,000 trees in the city’s northwest. Around 300 women visit it each day.

The Herat municipality said that creating new public spaces that women could use was a priority.

Herat council chief executive Waheed Ziartijahi said, “Four recreational parks—Taraqi, Takht Safar, Baagh-e-Milat and Pashton Pul – are to be built according to international standards and for half of each day will be available exclusively for women.”

Herat enjoys relatively good security compared to other areas of Afghanistan. Even so, local police spokesman Abdul Rauf Ahmadi said that extra precautions were in place for public gardens.

“Both male and female police officers have been assigned to patrol the parks. In case of any suspicious activity which may threaten security, our police are able to take action.”

This meant, he continued, that the community could make full use of the gardens.

“Many families spend quality time in the fully secured parks till late night,” he said.

Mustafa Hussaini, a psychologist and university lecturer, said that the soothing surroundings and fresh air of a public park were all beneficial for mental health.

“Women are at more risk of mental illness than men because they face more domestic violence and restrictions on their freedom,” he continued.

Hussaini said, “The green environments of the parks decrease stress, increase relaxation and give women the opportunity to engage in physical exercise. All these factors help women’s mental and physical health.”

This was particularly valuable for women confined to their homes for much of their time by conservative social traditions.

“They face more mental disorders such as depression as they just stay in the house and are more at risk from domestic abuse,” Hussaini continued. “The fresh air of such green environments can play an important role in improving their state of mind.”

Visiting a park even once a week could make a marked difference, he concluded.

Herat resident Hamid Azimi welcomed the provision of parks just for women, explaining that in the past he had worried about female members of his family being harassed, even if he accompanied them.

“Every woman has the right to walk around and enjoying herself,” he continued, “and such green environments are so good for making women feel calm and relaxed.”

Local activists emphasised that the benefit of safe outside spaces went far beyond mere entertainment.

“These recreational parks allow women to socialise, exchange ideas, discuss their feelings and share advice with each other,” explained Hasina Nekzad, head of the Afghan Women’s Network in Herat.

The park was a rare forum where rural and urban women could meet each other, and provided a much-needed respite for those who living in an abusive domestic environment, Nekzad continued.

Sakina, a regular visitor to the Shamira Garden, agreed.

“I can come to this recreational place without worrying about being harassed,” she said. “The parks help bring women together and allow us to share our feelings with each other. They can change the way we think and give us the opportunity to learn from each other.”