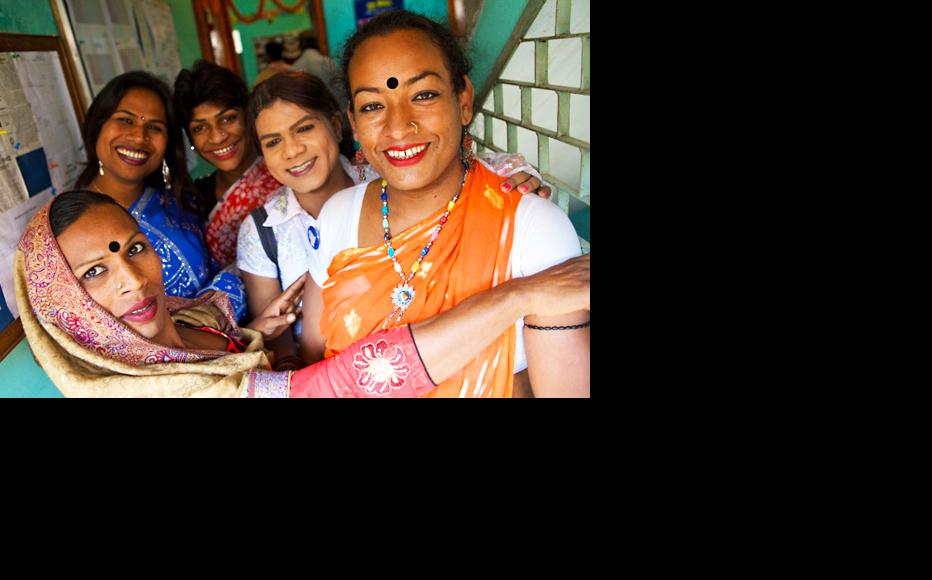 In Bangladesh, unlike Afghanistan, third gender people have a recognised legal status (Photo: USAID)
The link has been copied

Aimal, a 20-year old living in the eastern Afghan province of Nangarhar, does not identify as either male or female. Instead, Aimal is “third gender,” a category that does not fit typical definitions of masculine or feminine.

Regionally, there are ancient traditions surrounding this identification and the term has been legally recognised in India, Pakistan, and Bangladesh.

In conservative Afghanistan, however, there is no such provision and those who do not conform to gender norms face discrimination and abuse.

In a shaking voice, Aimal explained that that life was utterly miserable.

“My parents treat my other brothers well, but I am treated as a slave and as a servant because of my gender and they think of me as a burden and disgrace to the family.”

Having dropped out of school in the 9th grade when the bullying from other students became too much to bear, Aimal now earns a pittance working for a nearby tailor.

Aimal said that there were around 150 other third gender people in Nangarhar province, adding that many people tried to mask their identity for fear of abuse.

Weeping, Aimal continued, “People disrespect us and don’t consider to be human beings. They abuse us in the streets as we go about our daily business. Even our families don’t treat us well, but we too were created by Allah almighty and there’s wisdom in the way God made us.”

Aimal’s father Mohammad Gulab, 53, said that he was deeply ashamed of his child.

“I wish Aimal had not been given to us by God, or that he had died in his childhood so that people would not abuse us,” he said. “I fear for his future.”

Third gender people in Afghanistan live in a legal and social limbo, with no rights in law and widespread ignorance of their community.

Numerous officials interviewed by IWPR on this subject simply laughed when asked about the issue or said that it was too shameful to discuss.

This is in contrast to neighbouring Pakistan, for instance, where in 2009 tens of thousands of people received identity cards recognizing them as third gender.

Mudasir Shah, a social activist and journalist from Khyber Pashtunkhwa, told IWPR in a telephone interview that there were more than 700,000 third gender people in Pakistan.

Although they are a marginalised community, often only able to earn money dancing at weddings or through sex work, they nonetheless had rights in law.

Shah said, “The federal state of Khayber Pashtunkhwa last month announced a dedicated budget for third gender communities,” adding that the government had taken action after a sustained campaign by third gender groups.

However, there is little or no activism on third gender issues in Afghanistan. Even dedicated human rights groups said that they had no information on the subject.

The Afghanistan Independent Human Rights Commission (AIHRC) said that discrimination against third gender people was not an issue that they had ever addressed.

“I have no any information or knowledge and [AIHRC] has not conducted any investigations about this,” said Hashima Sharifa, representing the AIHRC in eastern Afghanistan.

Spokesman Bilal Sidiqui also told IWPR, “AIHRC has not conducted any research or represented them, however if they present their concerns as a group the commission will pass these on to the authorities.”

He agreed that legislation should exist to protect their rights, adding, “Our suggestion to the Afghan government would be to make effective programmes for the rights of third gender communities.”

The legal issue is a particular problem as Afghanistan’s justice system mandates different penalties for male and female criminals.

Mangal Sherzad, a law professor at Nangarhar university, said that this should have been addressed when Afghanistan’s new body of law was put together after the fall of the Taleban in 2001.

He told IWPR, “Afghanistan’s lawmakers should have included and protected third gender people’s rights while writing the constitution, but this was ignored.”

Officials in the judiciary acknowledge that there is a legal loophole when it comes to those who do not conform to gender norms.

Mohammad Wali Hashimi, director of Nangaahar’s court of appeal told IWPR, “In some exceptional cases we can seek help from the forensic medicine department in order to determine their sexuality. If they have more dominant masculine characteristics the male punishment would be imposed, and if they had more feminine characteristics the female punishment would be applied.”

He declined to elaborate as to what kind of exceptional circumstances he was referring to.

Abdul Qadir, director of the Afghan population registry also said they had no data on the number of third sex people in the country.

“There is no specific law regarding this, and we can only register them as neutral,” he said. “We have nothing to do with any other rights and privileges.”

Despite widespread prejudice, Islamic scholars said that there was no basis in Sharia for discriminating again third gender people.

Religious expert Fazlullah Mumtaz told IWPR that Islam gave rights to all people, regardless of their gender identity.

“Any kind of misbehaviour, mistreatment, ridicule or making them feel ashamed are against Islamic teachings,” he said, adding, “Third gender people are creatures of Allah and laughing and mocking them is a major sin in Islam, akin to laughing at Allah almighty’s creation.”

He said that third gender people also had equal rights when it came to legal issues such as inheritance law, and called for imams to highlight the issue in their Friday sermons as a means of educating people about the subject.

Social affairs expert Shaf-ul-allah said that abuse and exploitation was a common experience among the community.

“Experience shows that third gender people are often rejected by their families and forced to flee their homes, and eventually people sexually abuse them,” he said.

This is an ever-present risk for Muska, who identifies as female and told IWPR said she originally had been named Muskan.

“I don’t like to be called by the name my family gave me, but I feel happy when somebody uses the name Muska,” she said, adding that her family had rejected her after she came out to them.

“When I put on makeup, every member of my family laughed at me and this made me furious,” she continued.

Muska added, “When I wanted to visit my third gender friends in Jalalabad city [the provincial capital] my family threatened and warned me. They told me that I was humiliating the entire family and that I had to stop,” she said.

Their hostility escalated to a dangerous point, she continued.

“My family threatened to kill me on many occasions. One time I really though they were going to do it because my existence was so shameful to them.”

Now living in a rented room near Jalalabad’s central market with another third gender person, Muska said her life was much happier, despite the ongoing threat of abuse.

She and her friend earned a little money dancing at weddings, expecting to be paid between 15 and 40 US dollars a time.

But the threat of sexual exploitation remained constant.

“Sometimes rich people come to the market and ask us to have sex with them,” she continued. “Sometimes it’s even policemen who ask us for sex.”