Breast cancer is the second most common cause of death for Afghan women, but there is little public awareness of the disease.

Breast cancer is the second most common cause of death for Afghan women, but there is little public awareness of the disease. 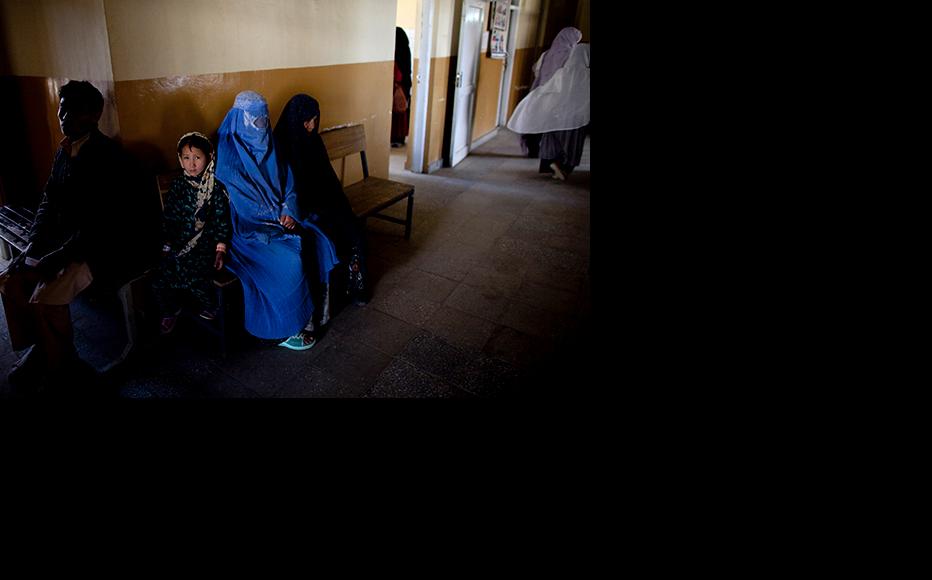 Afghans wait for treatment at a clinic near Kabul. (Photo: Majid Saeedi/Getty Images)
The link has been copied

In a dark, narrow hallway at the Herat breast cancer treatment centre, women with anxious faces wait for their diagnose.

"My right breast has been painful for the past two years,” she told IWPR. “It has grown very swollen. I had an ultrasound and I’m waiting for the result. I hope I don’t have cancer."

Alongside her in the waiting room, Fatima is weeping, apprehensive about the fate of her daughter-in-law.

"My daughter-in-law's breast has recently become very painful. At first we didn’t pay any attention to it, we didn’t know [it could be dangerous]. We came to the centre today to find out the diagnosis. Let’s pray that the result is negative."

Officials at Herat’s only breast cancer clinic say that patient numbers are soaring, although they have few diagnostic resources and no treatment facilities.

Breast cancer is the second most common cause of death for women in Afghanistan after maternal mortality. But there is little public awareness around the issue, including encouraging women to be vigilant for signs which include breast lumps, swelling, changes in colour or texture and a nipple that is inverted or bleeding. There are no routine screenings or treatment available at the primary health care level.

The Herat centre’s head of mammography, Sayyida Sayyid, said that her clinic had seen more than 1,100 women since the beginning of the last solar year ten months ago.

Of these, she said, “300 women have been diagnosed with breast cancer, out of whom 40 have been sent abroad for treatment as they were in a critical condition."

Although the existence of the clinic was little known outside the provincial centre, Sayyid said that numbers of patients were rising year on year.

However, she noted that the clinic was only equipped with ultrasound and mammography devices and had no surgery or chemotherapy facilities, although there were plans in process to create a pathology service and send doctors to Italy for further diagnostic training.

There were no other facilities in Herat to treat breast cancer, and only limited resources for treatment in the capital, Kabul.

The minister stressed that breast cancer could be treated if diagnosed in time.

"Based on the national health programme, the ministry of health has pledged to lower the level of breast cancer through awareness for women, using simple methods for diagnosis of the disease, training of health personnel, and establishing of diagnosis and treatment centres for the disease," he said.

In Herat, provincial council members say that the local department of public health should itself take the initiative to raise awareness about the disease.

"I can say without hesitation that the women who have sought treatment at the centre found out about it through personal contacts, otherwise, nothing would have been done,” said Sakina Husseini, who sits on the council.

She conceded that she herself was yet to pay an official visit to the centre, adding, “I have only seen its sign and that’s all."

Local health officials said that they were doing their best to boost both diagnostic capacity and train more specialists.

Asif Kabir, deputy director of public health, said, “The work done by the department on this issue so far has been to prepare the mammography facility. We have coordinated with partners in Germany and a number of doctors will be sent there for pathology training. The association of surgeons has also promised to cooperate."

Mahbuba Jamshidi, the director of women's affairs in Herat, said that her department hoped to launch its own educational programmes about the disease.

She said that her own department were happy to work with women's rights' defenders to raise awareness, but said that they needed the support of the local department of public health to begin.

And she stressed that even if women understood the warning signs of breast cancer, there was no hope of treatment within the province.

"Unfortunately, we do not have a specific unit to treat the disease in Herat,” she said. “Some facilities have been planned but only in the capital.”