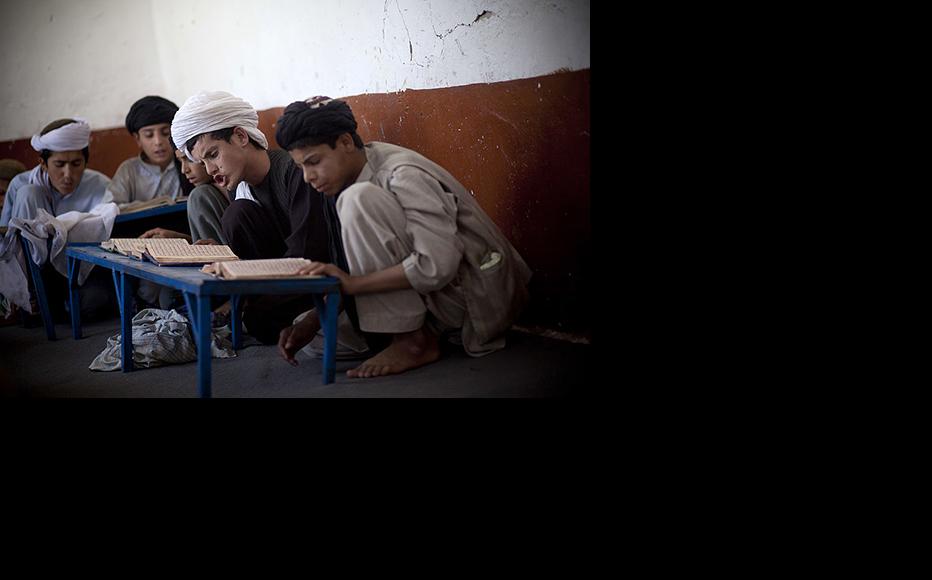 Seven-year-old Ibrar stood scared and hesitating by the wall of the mosque, unwilling to enter.

“The preacher in the mosque is so unfair and he beats children badly,” the boy explained. “He hit me on my back and my father had to take me to the hospital for treatment and it still hurts. Now I’m scared that he may beat me again.”

Ibrar said that he had asked his father not to send him to the mosque anymore, but with no success.

“I keep on having nightmares in which the mullah comes and he beats me with his stick, and I wake with a jolt,” he continued.

Ibrar’s father, Asadullah, said that he was in favour of corporal punishment.

“Sometimes it’s better to beat children to improve their discipline and manners,” the 40-year-old said. “Children will not listen to their elders unless they are scared of being punished.

“We’ve learned from our elders that kids will not grow up to be disciplined and well-mannered if you do not beat them.”

Such views are widespread in Afghan society, where physical punishment is a routine method of discipline.

Children are expected to be quiet in the presence of adults and are beaten both at home and at school, even though corporal punishment is supposed to be illegal.

Farhad, 14, told IWPR that he had switched from a state to a private school in Nangarhar province because of frequent corporal punishment.

He said that the fear of punishment had been so great that he had simply begun to play truant every day.

“When I was at the government school, I used to leave home but not attend lessons and just go hang out somewhere,” he said. “One day my father found out about this and I told him about all the physical punishment in the state school and he moved me to a private one.”

“Beating and mistreating children makes them lose interest in their studies, but here at the private school I’m happy and I have started to enjoy my lessons.”

Mohammad Asif Shinwari, the spokesman of Nangarhar education department, said that they were ready to prosecute teachers who beat their students.

Soon, a revised educational curriculum would be introduced that included more professional and effective methods of discipline, he continued.

“If any teacher beats or mistreats the students, legal action will be taken against him,” Shinwari said.

Experts warn that corporal punishment is counterproductive. Not only does it make it harder for children to learn, but rather than improving discipline violence it fuels antisocial behaviour and may lead to more violence later in life.

Karimullah, a child psychologist, said, “Children’s brains are much more sensitive and thus must be treated gently…. they should be treated with love and care as they will run into many troubles in life if they are beaten or mistreated.”

Their treatment at this impressionable age in could have a long-lasting effect on the rest of their lives, he continued.

“Kids should be raised with love and care from early childhood. They should be given a chance to speak and we must listen and regard their views and thoughts, we have to respect, care and value them.

“They will be violent and a burden on society if they are beaten, discouraged and ignored or demotivated in childhood.”

Some religious scholars say that beating children, whether at home or in school, goes against Islamic practice.

Local scholar Mawlawi Naweed Ahmad told IWPR that the companions of the prophet Mohammad were known to have always treated their students with love and gentleness.

Modern day imams, scholars and religious teachers should follow their example, he added.

But Samiullah, a teacher at the Rahmatia Madrasa Islamic school, said that corporal punishment was routine.

This meant that many pupils played truant to avoid being beaten.

“I used to hit students because I believed that beating them made them study,” he said. “But a while ago I stopped and changed my methods of discipline. Now I treat them gently and they show real interest in studying and learn well.”

Other teachers also say that they have achieved better results when they treat their students with kindness.

That was the experience of Hijrat, a teacher in a private school.

“One day at school, I got angry and I hit one of my students, Fahim, with a stick,” he said “The next day when he saw me coming towards him in the village, he ran away in terror. I felt guilty, and since then I have never beaten anyone.”