Afghanistan: The Shame of Having Daughters

Women are still routinely disrespected and even abused for giving birth to baby girls.

Afghanistan: The Shame of Having Daughters

Women are still routinely disrespected and even abused for giving birth to baby girls. 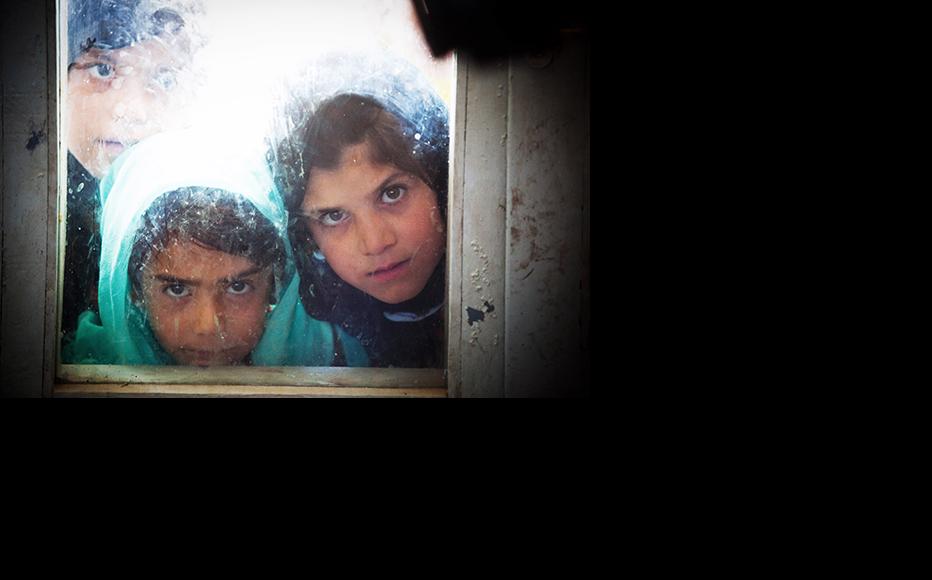 Afghan girls look through a window of a classroom in Kabul,. (Photo: Majid Saeedi/Getty Images)
The link has been copied

Jamila says that she has become a social outcast, just because she has six female children.

The 45-year-old, who lives in the eastern province of Nangarhar, said that her daughters were also beaten and mistreated.

“After I gave birth to my sixth baby girl, all the members of my family stopped talking to me and I even was beaten by my husband during my recovery,” she said. “My life has become so difficult that I constantly think it would be better to just die.”

Conservative Afghan tradition has always valued the birth of sons over that of daughters. Boys are seen as guaranteeing the family’s economic security and - especially among Pashtuns, who make up the majority in Nangarhar - as future defenders of its rights and honour.

Although attitudes are changing in urban centres and among the more educated, women are sometimes badly injured or even killed after being abused for their failure to have a male child.

Men often take one or more extra wives in their search to produce a male heir.

That was the experience of Mah Noor, 39, who lives in Nangarhar’s Haska Mena district, who wept as she told her story.

“I was always put under mental pressure by my father-in-law, my mother-in-law and other family members,” she said. “After my daughters were born, my husband also gave me a lot of trouble and sorrow.”

She continued, “After the birth of my second daughter, all the family started ignoring me and treating me badly. Then my husband told me that he was going to marry another girl.”

Men say they feel stigmatised by society if their wives fail to bear male children.

“I have two wives and both have given me six daughters, but I don’t have a son, so people still bother and annoy me for not having son,” said local resident Jabar Khan. “Everyone asks me, ‘Why don’t you have a son?’ Such questions really anger and irritate me and sometimes I even start fighting with my wives and it leads to violence.”

Mohammad Liyaqat Adil, an internal medicine specialist, runs a clinic in Nangarhar’s Jalalabad city. He said people simply did not understand the biological factors that decided the sex of a child.

“Women don’t have any role in the gender of a baby,” he said. “It is men whose sperm determine the whether the baby will be male or female.”

Islamic experts argue that not only was discriminating against female children forbidden, but that girls brought blessings to their entire family.

Religious scholar Maulawi Naweed Ahmad told IWPR, “When a girl is in her father’s home, she is his key to paradise. When she gets married, she completes the faith of her husband and when she becomes a mother, paradise will be under her feet.”

He continued, “After the birth of a baby girl, the family will be blessed with the mercy of God for 40 days. We should be happy after a girl is born and we should not disrespect, beat or insult a mother after she gives birth to a baby girl.

“Anyone who troubles and insults a woman for giving birth to a baby girl will be condemned and punished by God.”

“This issue is embarrassing and disgraceful. We have discussed our concerns with government officials and we raised the issue during many meetings, conferences and workshops, but there is still no solution for the problem.”

“I have heard hundreds of such stories where women faced many different problems after giving birth to baby girls, and these tales are so tragic, ” agreed Nangarhar provincial council member Nelofar Azizi.

“We have shared these women’s troubles with the Afghanistan Independent Human Rights Commission (AIHRC), the department of women’s affairs and other similar organisations and they have started public awareness programmes to address these issues.”

Sharifa, AIHRC head of women’s rights support, also told IWPR that she had seen for herself how women were mistreated for having daughters.

“I witnessed a case in [Nangarhar’s public] hospital where a women was threatened and insulted by her husband after she gave birth to a female baby, but fortunately we managed to help her,” she said.

Although some women had approached them after suffering similar abuse “due to cultural and traditional issues, women cannot speak out against this problem”.

It was vital to try and change attitudes through outreach work with the media and Muslim scholars Sharifa continued, adding, “We don’t just run our awareness programmes in the city, but also in the districts.”

“Many women come and explain their problems to us so we can give them advice, but they tell us not to register their cases,” she said, adding that despite their best efforts, little had improved.

“Despite holding hundreds of workshops and public awareness programmes in Nangarhar’s cities and villages we haven’t had many positive results.”

Psychologist Mohibullah Mohib noted the mental damage women suffered when they were bullied for not having male children.

This in turn affected a woman’s ability to raise her family, he continued, and could lead to serious mental illness.

“When a woman is pressurised, she becomes deeply depressed and may commit suicide or even kill her daughter, so families need to be very sensitive about this,”Mohib said.

But such sensitivity has been sorely lacking in the lives of women like 32-year old Bas Bibi.

“After the birth of my third daughter, my husband left home and didn’t return for 20 nights,” she told IWPR.

“My husband always taunted me that I was not able to give him a baby boy. He told me, ‘You are not as good as other women who can give birth to boys.’”

“My life is full of hardship,” she continued. “All my husband’s relatives hate me and disrespect me, but what is my sin and why am I blamed? It’s not in my hands. It is the work of God, but I am punished for it. I also want a son, but it is not under my control.”