Locals question why propaganda broadcasts have not been shut down.

Locals question why propaganda broadcasts have not been shut down. 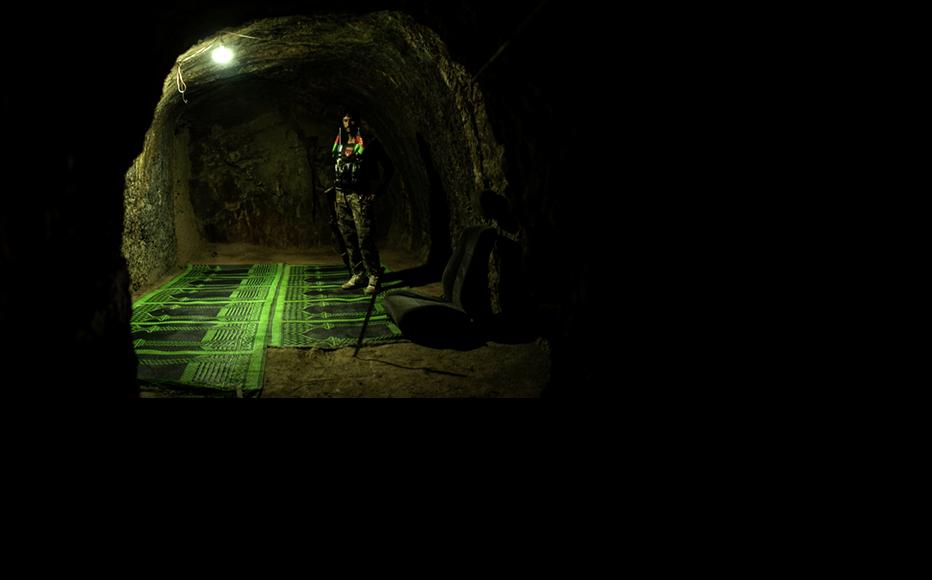 A soldier with the Afghan National Army stands inside a room which was previously part of a jail used by the Islamic State of Iraq and Syria in the Achin District, Afghanistan. (Photo: Andrew Renneisen/Getty Images)
The link has been copied

A Nangarhar radio station affiliated to the Islamic State (IS) is continuing to broadcast daily calls for violence despite the Afghan government’s insistence that itis trying to close it down.

The Khelafat Ghag station has been operating for the last three years, spreading propaganda to encourage residents of the eastern province, particular youngsters, to join IS groups and fight the government and its international allies.

“Band together against Afghanistan’s non-Islamic state where the American stooges work,” one recent broadcast declared. “Kill these stooges first, and then begin with the foreign invaders until they are defeated and leave the holy soil of Khurasan [Afghanistan] dishonourably.”

“I can say with confidence that if a young person was to listen to Khelafat Ghag Radio for three days in a row, they would at least start showing sympathy to IS, if not join the group,” said Jalalabad city resident Fahimullah. He said that he had seen young men listening to the radio station on the streets of Jalalabad and had even heard it broadcast in some shops.

Khan Wali, who lives in Nangarhar’s Sraroad district, said he was very concerned about his own children and their vulnerability to extremist propaganda.

“I am worried that my sons might listen to these radio broadcasts because some of the young boys from our village have joined IS after listening to its programmes,” he said.

“The propaganda distributed by IS is very strong,” agreed Sayed Qayoom, a resident of Achin district, who said that radio broadcasts had recently been stepped up, concentrating on fake stories and narratives to incite young men to action.

“They focus on topics that stimulate young people’s religious feelings.”

Radio is a vital means of outreach in Afghanistan due to low rates of literacy, and civil society activists in Nangarhar say that it is imperative that the radio be put out of action as soon as possible.

Local activist Zamir Ashna said that concerns had been raised from the day the radio started broadcasting.

“We have discussed the issue several times with the authorities, but the question remains why they have neglected to take action,” he concluded.

Political analyst Khalid Ahmadzia said that he also did not understand why the Afghan government and its American allies, despite having access to advanced technology, had not been able to simply identify the radio station’s location and destroy it.

“It is very surprising,” he continued. “If someone wants to listen to this radio inside the US military base in Jalabad, there is coverage there, but the Afghan government and international forces have remained silent on this issue.”

Azam Khan, a radio technician, argued that it was straightforward to identify the location of a station.

“There is a device called a frequency finder that is used to find the frequency and broadcasting signals of a radio, and through this its location can be also identified. If the Afghan government does not have such a device, the American must have one,” he said.

A tribal elder from Nangarhar’s Behsod district, who asked to remain anonymous, said that the output of Khelafat Ghag Radio had had a huge influence on those young men from his area who had joined IS.

“There must be some kind of strong support behind this radio,” he continued. “The Taleban, with all their forces, have not yet been able to launch their own radio station, or if they have their broadcasts must not be that strong as no one has heard their programmes. So how come the IS radio station has such a reach?”

Government officials appear to disagree on just who is responsible for dealing with the issue.

“We do not have the tools or devices by which we can stop these radio broadcasts, and there is nothing we can do,” said Abdulrazaq Saqib, director of the provincial department of information technology. “It’s the responsibility of the ministry of defence to destroy the radio station.”

But military officials said that it was no easy matter to even work out where the broadcasts were coming from. Sherin Aqa, media officer of the 201 Silab corps stationed in the east of Afghanistan, said that that the international forces had previously bombed the station, only for IS to resume broadcasting.

“IS changes the location of their radio,” he explained. “It is a mobile radio station that operates from different areas. So it’s a bit difficult to identify its location.”

The Afghan army and air forces were once again searching for the station, he continued.

Nangarhar officials hope the Kabul government will now step in, noting that they raised the issue with representatives of the president and other senior bodies in a meeting on July 1.

Attaullah Khogyani, spokesman to the Nangarhar governor, said, “We shared the issue with the capital so that a solution can be discussed at a higher level and this radio station be destroyed for good.”

Zabihullah Zmari, the secretary of Nangarhar’s provincial council, said that he was still baffled by the lack of action over the station.

He said that previously, IS had used the radio station to warn the governor’s office about impending attacks on schools in Jalalabad city. In response, officials closed the closed the schools instead of targeting the radio, he claimed.

“The government is either incapable and negligent, or else so badly managed that it can’t stop this radio,” Zmari said. “I think we need to investigate just why the government has been so careless about this dangerous propaganda machine.”