Telecommunication provision so poor that locals need to use the services of neighbouring Tajikistan.

Telecommunication provision so poor that locals need to use the services of neighbouring Tajikistan. 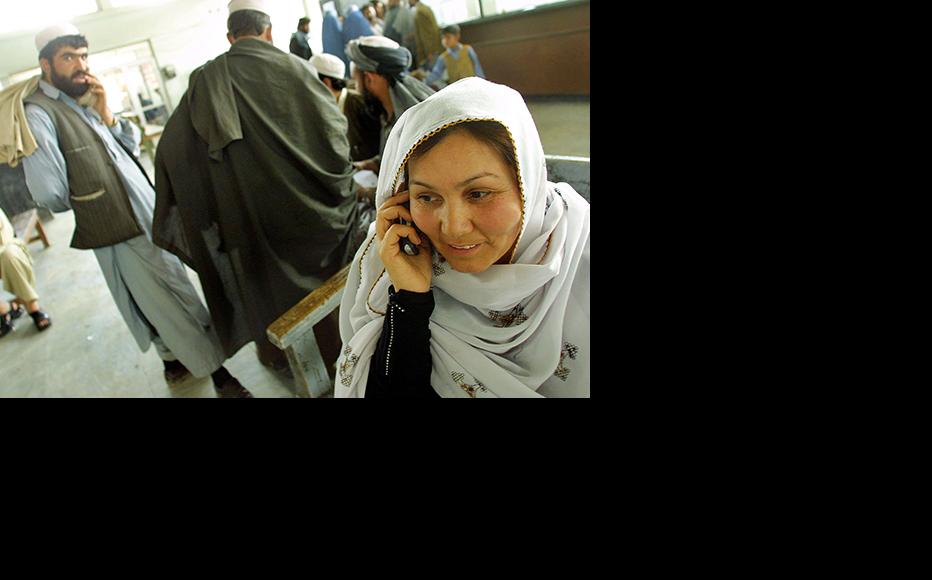 Many residents of Badakhshan are denied vital mobile phone access. (Photo: Natalie Behring-Chisholm/Getty Images)
The link has been copied

Residents in districts of Badakhshan that border Tajikistan say that they are forced to use expensive Tajik mobile phone services due to Afghanistan’s poor telecommunications infrastructure.

In the past, this was only a minor inconvenience, since Tajik SIM cards and phone credit were affordable and easily available at the frequent joint markets held along the border.

In recent months, however, fears that insurgents and drug smugglers were exploiting the phone networks have led the Tajik authorities to clamp down on the provision of SIM cards. They blocked their old network and introduced a registering and recording process, which means new SIM cards and credit are hard to get hold of.

“Prior to Tajikistan’s security concerns, we used to buy each SIM card for 70 Afghani, (one US dollar) but Tajikistan deactivated our previous SIMs and now each card costs 500 Afghani (seven dollars),” said Munnir Ahmed Wafa, a resident of the border district of Maimay.

“In the past, we could obtain Tajik SIM cards easily,” agreed Parwinah, a resident of Khwahan district who had travelled to Faizabad for medical treatment. “We either bought the SIM cards from the joint border market, or bought them from traders from Tajikistan, but now we have to buy SIM cards for 500 Afghani and pay another 500 Afghanis to be registered with Tajikistan’s telecom networks.”

The affected districts of Maimay, Shekay, Nusay, Kuf Ab, Sheghnan and Khwahan all border the Amu Darya river which demarcates Afghanistan from Tajikistan. The area has a total population of 180,000, and according to interviews with the governors of these districts, nearly 55,000 residents are using Tajik SIM cards.

“Our people have to deal with this lack of telecommunication services," said Maimay district governor Kambiz Qorbani . "There is only one active cell tower, belonging to the MTN telecommunications network, located in the centre of our district. Residents of the villages walk two of three hours on foot to come to an area under network coverage just to make a call.”

He said that the lack of telecom services was a problem that had been shared repeatedly with the local government as well as the ministry of communications and information technology in Kabul, but no action had been taken.

Many residents of these districts who travel to study or work in Faizabad, the provincial capital of Badakhshan, say that they are unable to keep in touch with their families back home. .

Nafisa, a university student originally from one of Badakhshan's border districts, said that calling an Afghan number using a Tajik SIM card – and vice versa - cost 25 Afghanis a minute, making the service unaffordable.

“I have been in Fayzabad for two years and have not been able to talk to my parents at all due to the lack of access to [domestic] telecommunication services and the high cost of Tajikistan’s networks,” she said.

Complicating the matter further is the fact that using these frequencies is banned under Afghan law. Article thirty-seven of the Telecommunications Regulatory Law states, “No one can use radio frequencies or frequency generator devices in the country, unless he has obtained the operating license or exemption certificate from the ministry of Communication, Information and Technology or ATRA [the Afghanistan Telecom Regulatory Authority].”

In theory, failure to comply with these regulations could lead to a prison term of up to three months and a fine of between 5,000 and more than 100,000 Afghani.

Mir Ghulam Hashim Saee, director of Badakhshan’s department of foreign affairs, agreed that many people on the Afghan side of the border chose to use Tajikistan’s frequency, “although this is basically an illegal act”.

What was particularly concerning, said Badakhshan deputy governor Gul Muhammad Baidar, was that these cellular frequencies played a key role in drug trafficking and insurgent violence.

“It’s very easy for drug dealers and insurgent groups use telecommunications services, because the networks are not controlled by the Afghan government,” he said.

Baidar also said that the local government had shared the issue of Tajik frequencies being exploited within Afghanistan with the ministry of communication, information and technology, but no action had yet been taken.

IWPR contacted the ministry of communications, information and technology as well as the ATRA regarding the issue of cross-border frequency, but both agencies declined to comment.

Ghulam Rabbani Haidari, director of Badakhshan’s communications department, said the communications ministry was in talks with the Tajik government about blocking the frequencies.

He said that cell towers belonging to the Salaam and MTN companies had been activated in some border areas, and efforts were underway to expand coverage to all parts of the border districts.

“We have about four antennas at four sites in the border districts, and we are trying to make telecommunication services available to the public,” he said.

He said that the mountainous and sometimes impassable geography of these districts made it extremely hard to provide services.

Nevertheless, there is some hope for local mobile phone users. Some networks promise to expand their coverage to the border districts over the coming year.

Abdul Qadir Afghan, head of marketing at the Afghan Wireless Communication Company in the north-east zone, said that they were extending their services in the near future.

“The reason why we have not been able to overcome this challenge, was an issue of equipment and of surveying the areas that needed coverage,” he said. “This problem has now been fixed, and we will cover the border districts next year.”