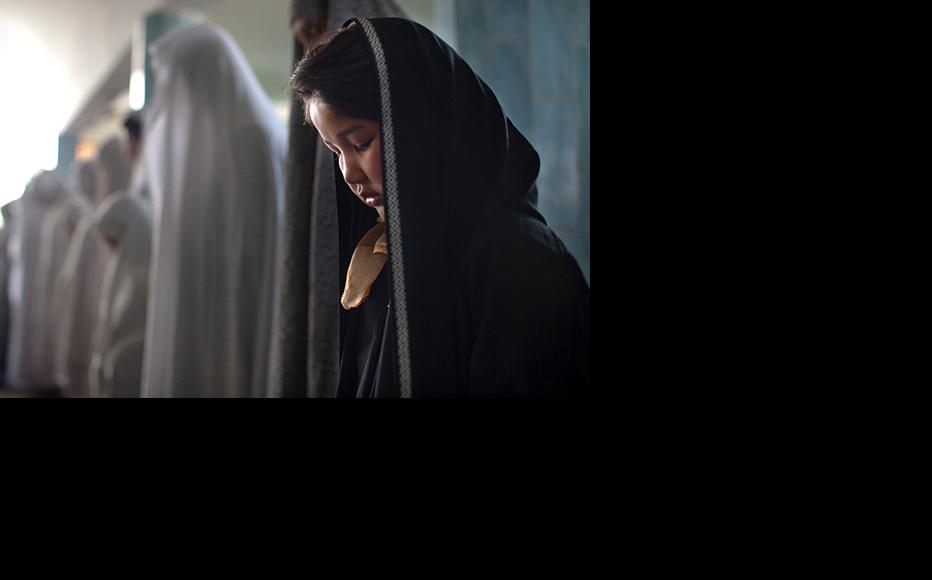 Women and girls are raised to be ashamed of natural bodily functions. (Photo: Paula Bronstein/Getty Images)
The link has been copied

When Zainab got her first period at the age of nine, her mother responded by slapping her across the face.

Now a 22-year-old student at a private university in Kabul, Zainab said that her mother had immediately feared her daughter had lost her virginity.

Other family members also hit and shamed her.

Zainab recalled how she had turned from an outgoing, mischievous girl into a withdrawn and fearful youngster tormented by embarrassment.

“Whenever I got my period, I tried to hide it so that my father and brothers didn’t know about it,” she said, adding that this was particularly hard during the month of Ramadan when menstruating women are exempt from fasting.

So as not to draw attention to herself, she fasted anyway.

“It’s a question that I may never be able to answer: will I have to suffer shame and ridicule my whole life because of the harsh environment around me?” she asked

In Afghanistan, menstruation is viewed as shameful and rarely discussed, even amongst female family members. It is surrounded by taboos, with menstruating women viewed as somehow unclean.

Girls often have no idea what is happening to them when they get their first period.

That was Farida’s experience. Now a 20-year-old government employee, she said that, terrified, she confided in her aunt when she realised that she was bleeding.

Her aunt told Farida that she had become a woman and would now have a period every month, listing many prohibitions she should observe.

“My aunt told me not to touch the table cloth or the food when I have my period,” Fardia continued. “If you touch food, it will become haram [unclean]. You should not get close to your sister or brother or kiss them because they are innocent and they will be affected by it. Once you your period finishes and you take a bath, you will be clean again.”

Farida recalled her own devastation, and how she had broken down and cried.

Her aunt had only this to say to her.

“Allah has created women to be miserable and there is no other way but suffering.”

Mahboba Seraj, a social affairs expert, said that women were often themselves responsible for perpetuating such illogical beliefs.

“It is women’s responsibility not to be ashamed of their physiological functions,” she said. “They should see them it as an ordinary part of life, and mothers have particular responsibility when it comes to this issue.”

Some women, for instance, insist that a woman who is having her period cannot visit a religious site or shine for fear of defiling it.

Hangama Faiz, a lecturer at a private university in Kabul, recounted her own experiences as head of a voting commission during the presidential elections two years ago.

The voting centre was in a mosque that had two entrances. Initially, in keeping with Afghan traditions of gender separation, one entrance was to be for men and the other for women.

But then some of her female colleagues warned that women who had their periods entering the mosque would render it unclean.

A tent was constructed outside the mosque for all women to cast their votes.

“I was so shocked and disappointed for me see that while the men had nothing to say about this issue, it was the women who considered themselves and other women unclean,” Faiz said.

Islamic experts say that it is ignorance of religious law that drives such prejudices.

“Living, talking, sitting, and eating with women in this state – [everything] except sexual intercourse - is allowed in Islam,” said religious scholar Sayed Mohammad Hojjat.

“The practise of not having sexual intercourse during a woman’s period is so as to encourage men to be patient and sexually restrained. As well as this, women may feel uncomfortable and intercourse increases this. Any other explanation is baseless.”

Sharif Sharif, a mental health specialist at the Avesta hospital, said that puberty encompassed psychological as well as physical changes. If this was a traumatic experience, young girls could experience long-term emotional damage.

“Fear and shame will have an inadvertent effect on them and can put their future social lives at risk,” he said, adding, “Youth is the most critical period of every person’s life and positive behaviour from the parents helps them navigate this stormy period properly. Whether a person turns out good or bad depends on how the family raises him or her.”

Although the issue has such an impact on the lives of Afghan women, there have been few efforts to change attitudes.

Aziza Adalatkhwa, head of the rights department of the women’s affairs ministry, told IWPR that this issue did not fall under their remit.

“It has nothing to do with us,” she said. “We just investigate violence against women.”

Shafiqullah Sahim of the ministry of health said that his department had made some efforts to raise awareness of issues surrounding menstruation as part of public outreach programmes on family planning.

“People should know that menstruation is not a problem which needs to be hidden or which should cause women shame,” he said, adding, “Menstruation is a part of girls’ lives and it is as completely natural as eating, drinking and becoming pregnant.”

It seems that attitudes, even amongst the more educated, will take a long time to change. Saeeda (not her real name), a student at a private university in Kabul, recalled one incident which she said illustrated widespread ignorance in Afghan society.

During a lecture, the teacher asked the class to explain why women were so often regarded as unintelligent or second-class citizens in Afghanistan.

One of the male pupils replied that it was because blood loss during menstruation weakened their minds and thoughts.

“After that all the boys in the class started laughing, but all the girls felt humiliated and disgraced,” she continued. “When we witness such an environment in a centre of higher education, we shouldn’t be surprised at the behaviour of ordinary people.”