Students in Ghazni province say that they are too ashamed to make formal complaints.

Students in Ghazni province say that they are too ashamed to make formal complaints. 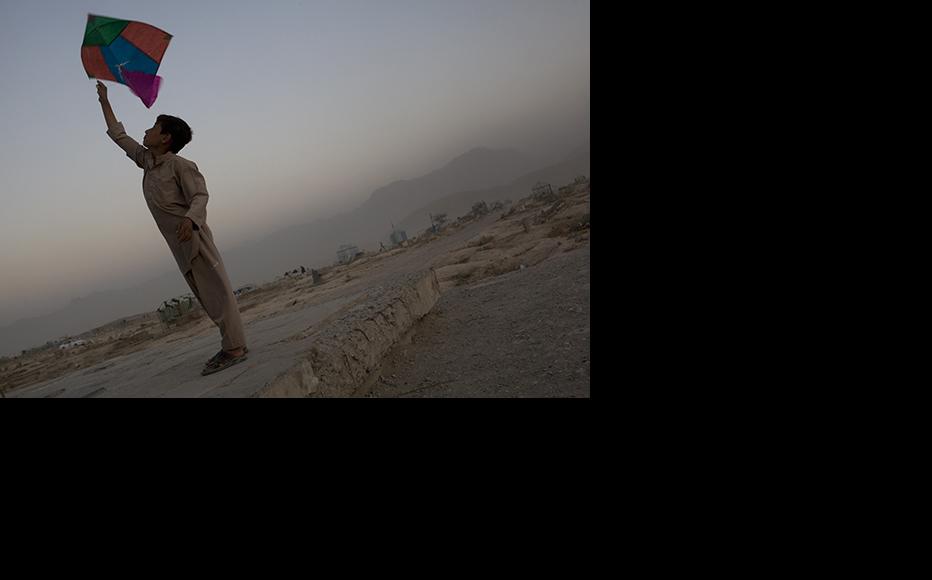 Boys feel too ashamed to report sexual harassment from their teachers. (Photo: Daniel Berehulak/Getty Images)
The link has been copied

Hamidullah, now 13, has changed school four times and spent two whole years out of education due to repeated sexual abuse from his teachers.

He had many traumatic memories, he told IWPR, recalling how at one school, his maths teacher would squeeze his cheeks and arms and ask, “Would you do a favour for me if I help you [in class]?”

“I had no idea what he was begging for,” Hamidullah said. “My friends told he meant he wanted me to do sexual things. I was so embarrassed and felt under so much pressure that I developed mental problems.”

The teacher continued to harass Hamidullah to the extent that eventually he was forced to change school.

The boy said that he now realized his experience was not uncommon, adding, “Students are sexually exploited at schools across Ghazni province, but they are too ashamed to tell anyone.”

IWPR has discovered an alarming rate of alleged abuse by teachers in conversations with more than 50 students across the southeastern province.

Education officials and the police say that they are aware of the problem, but say that legal action cannot be taken unless the families concerned press charges.

As in other societies, sexual abuse of children is a highly sensitive issue in Afghanistan. Most cases are never reported because of concerns about shame and honour, and because people have little faith in the judicial services. Since the justice system is not set up to cope, adult assailants often go unpunished.

Aslami, the head of the Sayed Ahmad Makei high school, said that he had repeatedly encountered the phenomenon over years of teaching in different schools across Ghazni.

“I know of several teachers who made unethical requests of their students,” he continued, adding that the issue was a problem throughout the school system and even at university.

Students risked failing their classes if they refused their teacher’s demands, Aslami said.

“So far, there have been no such complaints at the school that I’m in charge of, but this may be down to the fact that people are too ashamed to come forward,” he concluded.

That was the experience of Mohammad, another Ghazni student, who said he had faced such frequent sexual harassment from his teachers that he had been forced to change schools.

He recalled one incident in the eighth grade where a teacher had asked him for sex. In shock, Mohammad Jawid said that he had left the school in tears.

“I hadn’t imagine that an educator who I saw as a spiritual father figure would have made such demands,” he said, adding that he had many peers who had simply left school altogether to avoid such abuse.

The prospect of telling the head teacher was too shameful, he continued, meaning that most pupils in this situation preferred to stay quiet. This in turn meant that the abusers felt encouraged to make whatever demands they wanted of their charges.

Mohammadullah Sarir, an activist and a member of the Paiywand Social Institute, said that the problem was widespread in Ghazni.

“I am aware of such incidents,” he said, adding that he had heard reports of adolescent boys being abused and raped by their own teachers. “Many families have been forced to change their children’s schools or even taken them out of education entirely.”

Hassan Reza Yousefi, the secretary of the provincial council who also heads the education committee, agreed that the issue was very difficult to address without legal action.

Yousefi said that “sexual harassment, in addition to security threats and economic difficulties” had significantly reduced the number of children accessing education in both the capital and the districts.

In one instance, he continued, “I recall a young man claiming that he failed his exams because he had refused his teacher’s [sexual] demands.”

Zubair, a 16 year-old schoolboy, said that this was a tactic abusers frequently employed.

“There was one teacher who put pressure on the prettier boys at exam time, and would pass these students provided that they submitted to certain acts,” he said.

Another student, Qurban, recalled the fate that befell a classmate of his.

“One school teacher made sexual demands of him in return for awarding him good marks. He was then called to the teacher’s private office and raped.”

Although officials acknowledge the problem, little action has been taken.

Mohammad Abed Abed, the director of Ghazni’s education department, agreed that sexual harassment and abuse was a problem at schools in the region, fuelled by Afghanistan’s history of war, poverty, and widespread illiteracy.

Abed said that his department was committed to addressing allegations of abuse and said that they had investigated one case of sexual harassment at a school in the province in 2015. But rather than legal action, there was an agreement for the teacher concerned to be exiled to a remote part of the province.

Mohammad Aziz Azimi, the spokesman of the Ghazni governor, also said that the problem needed to be tackled, but added that the only recent incident he was aware of had been that of a mullah teaching boys at a mosque.

The case was referred to the attorney general’s office but the student had in the end refused to give evidence and asked for the case to be closed, Abed noted.

“Unfortunately, children are victimised through such abuse but legal action is rarely taken against those responsible as people are reluctant to go public,” he concluded.

Ghazni police chief Aminullah Amirkhail confirmed that there had been instances of sexual abuse reported at boys’ schools in the province. The police were prepared to make arrests if the families or students decided to press charges, he said.

Provincial council director Khaleghdad Akbari said that the media needed to help raise awareness of the problem. In addition, resources were also spread too thin.

“On one hand, the lack of security [in Ghazni] as well as all the criminal cases have kept police busy with other issues, and on the other, a lack of action from the judiciary has made people distrust the system.”

Azimi said that a cross-institutional approach needed to be adopted.

“It is necessary to discuss this issue with the education authorities,” he said. “The residents of Ghazni shouldn’t have to suffer such problems.”