A combination of ignorance and willful neglect means female relatives are often excluded.

A combination of ignorance and willful neglect means female relatives are often excluded. 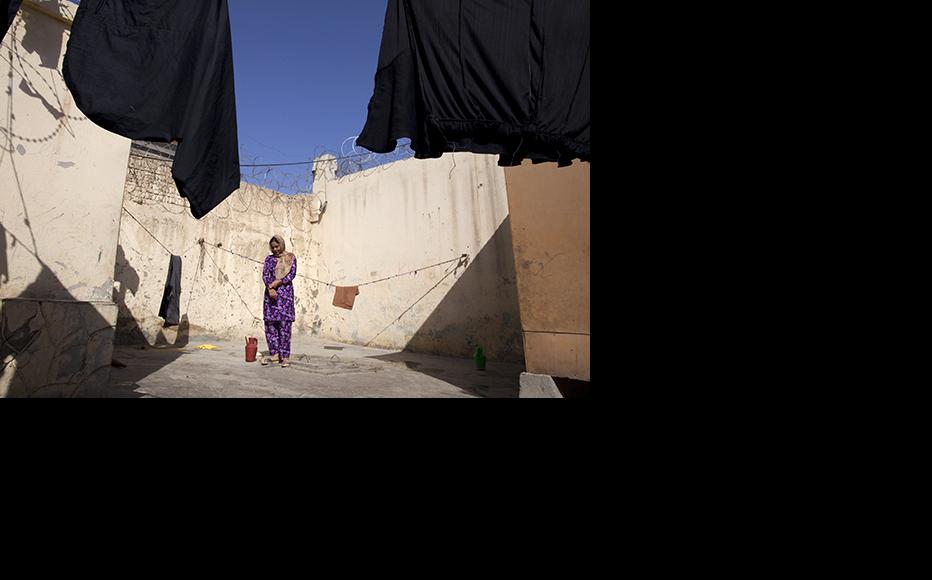 Women in the southern province of Kandahar are still routinely being denied access to their rightful inheritance by male family members, an IWPR investigation has found.

Under Islamic law, female family members are entitled to receive a share of a relative’s will. However, this is often ignored, and numerous interviewees told IWPR that they had been refused money or land following the death of a loved-one.

Zarmina, a 40-year-old widow, said that her brothers had denied her a share in thier father’s inheritance.

Her husband was killed in a traffic accident two years ago, leaving Zarmina to raise her 11-year-old son and five-year-old daughter alone.

“My brothers’ behaviour is neither fair nor just,” she said. “They don’t care about my poverty and haven’t divided my father’s inheritance to enable me to receive my rightful share.”

Under Islamic law, a daughter is entitled to receive one third of the inheritance of her brother or brothers. However, due to a combination of ignorance and willful neglect, male heirs often choose to cut female family members out of their rightful inheritance.

Kandahar resident Noor Mohammad told IWPR that he was well aware of his duty under Islamic law, but nonetheless had taken the decision not to share his father’s estate with his sister.

He said to do so would be to break with what had become the cultural norm in the province – and that acting in this way would be to the detriment of both himself and his sister.

“If a woman inherits a share of a property here, then people quickly regard her brothers as cowards,” he said.

“The sister will also be regarded as a beggar – someone who is shameless. Local families will taunt her and her family will have to deal with their comments for years.

“My sister is a widow but she won’t receive her inheritance. Neither does she want to claim it.”

Some women say they have been left facing poverty due to this kind of treatment from their siblings. Maryam, who lives in the third district of Kandahar city, described how her family had married her off aged 15 in exchange for a bride price of 8,000 US dollars.

She said she had lived with her husband for three years before he had become addicted to drugs and had left her to seek treatment at a rehabilitation centre in Kandahar’s Spin Boldak district.

Since then, Maryam had lived with her in-laws who she said cared little about her welfare. But with no access to her late father’s estate, she said she had no other option.

“There is no food to eat from morning till evening and all the money my father left has been taken by my brothers,” Maryam said.

“When I told one of my brothers about the difficulties I face and asked him for some money from my inheritance he got upset with me. He left my home and has never returned.”

She said that in all the cases she was aware of where women had been denied their inheritance, none of the claimants had been supported by the courts.

“Due to poor management and corruption in the justice sector, none of the cases have yet been resolved,” she said. “Not a single woman has been helped by the court to fight for their rights and so many have simply given up.”

Other officials denied this was the case, with various agencies giving different figures for the number of cases being dealt with by the system.

Nek Mohammad Ahmadi, director of Kandahar’s department of justice, said that he was aware of 21 such instances that had been investigated over the last year.

He said that 11 had already been resolved, with the outstanding ten due to be concluded soon.

“There is not a single case of inheritance which has been delayed, where a claimant’s rights have been violated or where an individual has faced corruption,” he said.

She said that women were wary of coming forward to make a claim given the resulting scorn and resentment of family members.

Sahar said that she was aware of only four instances of women making official complaints to authorities last year over their exclusion from a family inheritance. All four cases had been investigated and sent on for a decision from the courts, she said.

“Women don’t dare to raise their voice here,” she remarked. “Asking for a share of inheritance is seen as bringing shame and humiliation on your family.”

Khalida Ahmadi, the secretary of Kandahar’s provincial council, said officials were aware of the issue and were working to resolve disputes though both mediation and the courts. She said eight cases had been referred to them last year.

“We approach this problem in two different ways,” she said. “Either we try to settle the cases through mediation or, in more complex instances where parties can’t agree, we send them on to be dealt with by the courts.”

But not every family refuses to share any inheritance they receive. Haji Nasratullah, a resident of Kandahar city, said that he had divided his father’s estate fairly between his brothers and three sisters.

He added, “Although my sisters didn’t need their share of the inheritance it was their Islamic right, so I convinced my brothers that the correct thing to do was to divide the inheritance with them.”