Conservative traditions mean that most do not even have national ID cards.

Conservative traditions mean that most do not even have national ID cards. 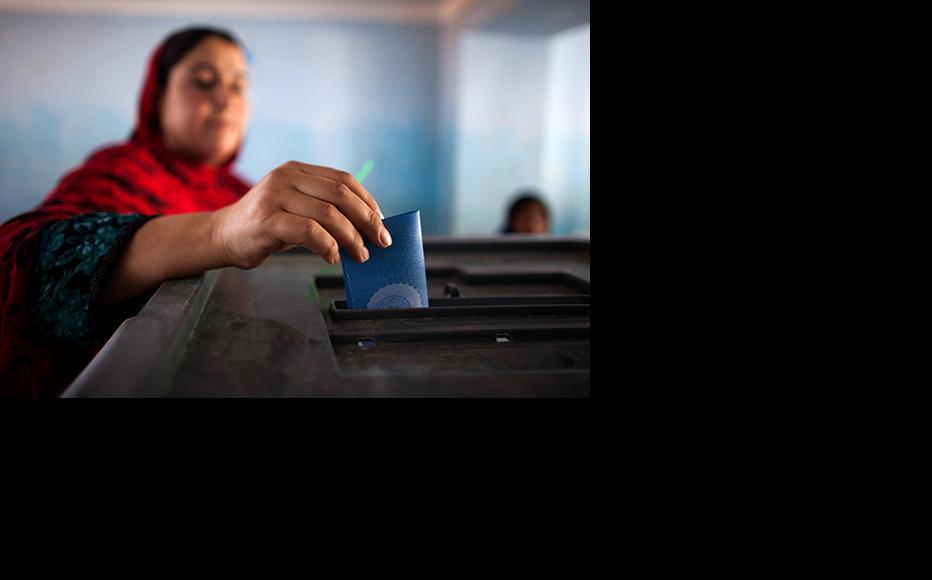 Officials and activists are warning that very few women are registering to vote in upcoming elections. (Photo: Majid Saeedi/Getty Images)
The link has been copied

Officials and activists in the southeastern Afghan province of Khost are warning that very few women are registering to vote in upcoming parliamentary and district council elections.

Abdulrahman Mohabat, head of the Afghanistan Independent Election Commission’s (IEC) provincial office, said that only 23,000 women were among the 130,000 people who have so far registered to vote in October’s elections.

He warned that the anticipated low turnout this year meant that results would not be credible, adding that locals already had little faith in the transparency of the process.

The local authorities in Khost are also concerned about the low level of participation by women.

Khost governor Hakam Khan Habibi said that a World Health Organisation (WHO) vaccination survey of more than 1,100 villages in the province in April 2018 had been the first accurate study made of the local populace. The WHO put the population of Khost at around 1.5 million, although it is not known how many are of a legal age to vote.

“Before the survey, we did not know the exact population of Khost province,” he said, adding that it was also clear that most women did not have ID cards, known as taskera, which are now a prerequisite for being eligible to vote.

Habibi said that the allocation of ID cards should have been the first step in any kind of electoral process, and something that central government, with all its superior resources, should have been able to accomplish.

“If the government fails to distribute national ID cards to women in Khost, half of the population of this province will certainly be deprived of their right to participate in elections,” he concluded.

Other Khost residents said that conservative traditions meant that most women did not have ID cards.

Tamim Khaksar, a 30-year-old teacher, is a resident of the Qeeran village of Alisher district, which he said was home to around 70 families.

Men in the village, he continued, only obtained ID cards for female family members families if they needed a passport for travel abroad.

“In our village, male family members never allow female members to get a national ID card.”

Rahimgul, 51, is a tribal elder in the Pahlawankhail village in Bak district, also said that local women only applied for tazkera if they needed a passport to make the haj pilgrimage to Saudi Arabia or travel to India or Pakistan for medical treatment.

“Pashtuns regard it as a shameful act to obtain tazkera for their women,” he said, adding that out of the 150 families in his village, not a single woman had ever had an ID card.

Khost provincial council member Naat Bibi Omari said that as local women and girls were routinely denied access to education, they had no idea of their rights or the importance of obtaining an ID card. Very few even knew what they were.

“I can say with confidence that out of every 100 women in Khost, 95 of them do not have national ID cards,” she concluded.

Her theory appeared to be borne out by Zahra, 26, who lives in the Qaser area of Khost city.

Although she voted in the 2014 elections, when a national ID card was not a prerequisite for voter registration, she cannot read or write and was not planning to try and vote in the October polls.

“I don’t know what a tazkera is, and how it can benefit me,” Zahra said.

Afghanistan
Elections, Women
Connect with us