Women are being prevented from pursuing careers in journalism.

Women are being prevented from pursuing careers in journalism. 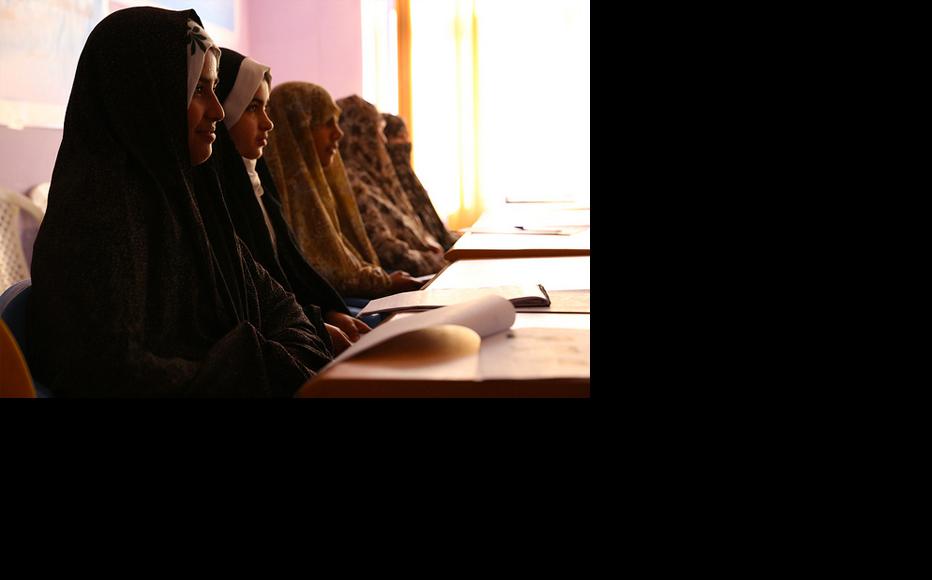 The lack of female journalists working in the conservative province of Kandahar in southeast Afghanistan means that a whole range of vital social issues are not being reported.

Despite numerous training schemes aimed at increasing the number of women in the media, social prejudice prevents graduates of these courses from pursuing careers in journalism.

There are currently 18 local media outlets in Kandahar employing 350 people. However, this number includes only 14 women, who work as producers in two TV networks and nine radio stations.

Local media rarely covers issues such as forced marriage and social exclusion because strict rules of gender segregation in Afghan society mean that it is often viewed as unacceptable for a male journalist to interview a woman, even on the telephone.

"Every day I hear information about violence being committed against women in most villages, but I cannot cover these issues because I am a man,” Kandahar journalist Asadullah Zra Swand told IWPR. “Women in the villages are not allowed to speak with male journalists. So I am forced to avoid such issues, which means that government officials don’t get to hear about women's problems."

Samim Khpalwak, the spokesman of the Kandahar governor, explained that conservative traditions meant families would not allow female members to work in the media.

Although women’s access to education has increased dramatically since the fall of the Taleban in 2001, it is still widely felt to be shameful for a woman to work outside the home. Fields such as journalism are viewed as particularly suspect.

"The local administration in Kandahar does not have any programmes to recruit educated girls in the media at the moment," Khpalwak added.

Women in Kandahar say that they have no way to raise issues of concern to them and no opportunity to tell their stories.

Nasima, a 25-year-old woman from a village in the north of Arghistan District, told IWPR that she had been forced into marriage ten months ago as part of a Pashtun custom known as baad in which women or girls are given to another family to resolve a dispute and avoid a long-running feud.

In Nasima’s case, her brother had fought and killed a neighbour’s son a year ago. Village elders had organised a traditional Jirga assembly and decided to give Nasima to the victim's brother.

Nasima said that her in-laws treated her cruelly and her husband beat her every day.

"There is nobody I can tell my story to and get help,” she said.

Such stories illustrate the need for more female input into local media and Sayed Sarwar Amani, head of the Kandahar press club, stressed that a handful of women working as producers was not enough.

"We need more female journalists, editors, and managers," he said.

There have been numerous efforts by international organisations to train women in Kandahar to work in the media.

Abdul Samay Ghairatmal, head of the Kandahar office of NAI Supporting Open Media in Afghanistan, said that he knew of more than 40 young women, mostly schoolgirls interested in radio broadcasting, who had been trained in such workshops.

However, their family members rarely allowed them to pursue a career in the media.

A shopkeeper in District Nine of Kandahar city, who asked to remain anonymous, told IWPR that although he was illiterate his daughter had graduated from high school and went on to participate in a 2015 journalism training

The 54-year-old said that his daughter had then asked him if she could go on to work at a radio station, but he refused, as this would have brought shame upon his family, he said.

Kandahar director of information and culture, Hazrat Wali Hotak, said that he could not remember a single female job applicant approaching his office in the last year.

He agreed that female voices were desperately needed in local media, adding, "I will welcome women who ask for jobs as journalists at the national radio and TV in Kandahar."

Female graduates of training schemes say that it is incredibly frustrating not to be able to follow their dreams.

Spozhmay, 20, told IWPR in a phone interview that she had taken part in a workshop on radio journalism after graduating from school. She asked her father to allow her to go on to work as a producer in a local station, but he refused.

IWPR approached Spozhmay's father, an illiterate trader, to ask why he had forbidden his daughter from working.

“The more important thing for me is to find out when and where you met my daughter,” he told the IWPR journalist, before beginning to beat him.

This hostility is a very common phenomenon.

Nadia, 17, from District Nine in Kandahar city took part in a NAI workshop in January 2015.

Her father, Sardar Mohammad, refused to let her go on to work in television, insisting it would bring shame on the family.

Approached by IWPR, Mohammad responded angrily that he did not want to discuss the issue.

"My daughter has gone to Dubai and will not return to Kandahar," he said.

But for those women suffering from gender violence, talking to a journalist feels like a lifeline.

Sakina, a 19-year-old from a village in Zharey district, was also married against her will.  She said that her father gave her to a 55-year-old man in the village so that he could marry her new husband’s 18-year-old sister.

Sakina said that such forced marriages were a common occurrence in Kandahar, but there was no one to whom women could tell their stories.

This was the first time she had encountered a report in her life, Sakina added.

"Firstly, I am happy because a reporter has asked me about the problems in my life. Secondly, I am confident that this reporter will deliver all my grief and pain to the government."