Village defence units say they provide stability and refuse to be merged with police.

Village defence units say they provide stability and refuse to be merged with police. 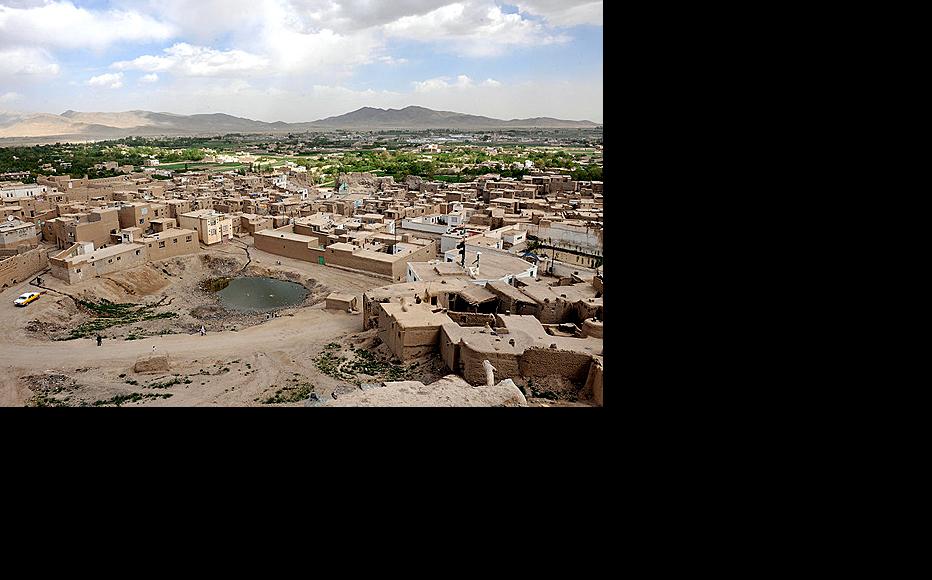 Ghazni city, the provincial centre.
The link has been copied

Locally-raised paramilitaries in Afghanistan’s Ghazni province say they will stop fighting the Taleban unless the government provides them with weapons and payment.

As in many other Pashtun-majority areas in the southern half of Afghanistan, the Taleban began regaining influence in Ghazni in the years after 2001, to the point where they effectively controlled parts of the province. But the particularly harsh policies they imposed in Ghazni, which halted reconstruction and kept schools closed, prompted a backlash. In April 2012, residents of Qadimkhel, a village in the Andar district, organised their own militia to hold off the insurgents.

Similar units were then set up in other districts – Moqor, Qarabagh, Dehyak and others, and these irregular forces became known collectively as the National Uprising Movement. With hundreds of fighters at their peak strength, members say they have improved security and allowed schools and clinics to reopen.

However, government officials – mindful of the troubled history of militia groups in Afghanistan’s recent past – insist that the units in Ghazni must be disbanded and their members enlisted in the regular police.

Wali Mohammad Mazadar, a National Uprising Movement commander in Andar, said this was not going to happen.

“With the blood of dozens of our young men, we achieved things that the government’s armed forces were unable to do,” he said. “So why should we give away these honours won by our local people to others?”

Mazadar said the presence of the militias had allowed 16 schools and eight clinics to reopen, and nearly 5,000 pupils to return to education. The price, he said, was 99 militia fighters dead and 16 wounded. He added that 500 insurgents, most of them foreign, had been killed and 24 captured.

“If the government does not help us and the militias are dismantled, all these achievements will be lost,” he said, estimating that the various groups now numbered only 90 men because of lack of remuneration and falling morale.

Asadullah Ensafi, chief of security at Ghazni province’s police headquarters, praised the National Uprising Movement for what it had done, but maintained that absorbing the paramilitaries into his force would be better for everyone.

“If militia members in Ghazni province carry out their activities within the framework of the local police, it will be to their advantage and will also be good for both the government and the public. Not only will the government address all their concerns, but further casualties within their ranks will be avoided.”

One of the first commanders of the militia in Andar district, Lotfullah Kamran, has now joined the local police because the government had abandoned the paramilitaries. He said he had tried and failed to secure the funding and logistical support that would have allowed his force to carry on.

“It’s because of the blood of the militia’s martyrs that development projects are today being implemented in 60 villages of Andar district,” he said.

Mohammad Ali Ahmadi, deputy governor of Ghazni province, said that what the militias had achieved was admirable, but he too insisted that the only solution was to absorb them into the police.

“The continued existence of an autonomous group that is not under government control is a worry issue for the international community,” he said. “The government is scared that the events of the 1990s may be repeated again.”

The emergence of local militias is hugely sensitive in Afghanistan, given the country’s long history of conflict, often involving unaccountable paramilitary groups. The early Nineties saw the mujahedin groups that had earlier fought against Soviet occupation, as well as irregular units set up by the communist government, turn on one another in a bitter civil war.

Mazadar insisted, however, that unlike the militias of the past, the local forces in Ghazni enjoyed public backing and were trusted more than the police.

“The local police have a bad reputation, and the public doesn’t support them because they insult and harass people,” he said. “People will stop supporting us if we join the local police. And in that case, the Taleban will wipe us all out.”

The Taleban have accused the Kabul government of funding and organising the Ghazni militias, although it is far from clear how much – if any – official support these forces have received. Asadullah Khaled, who headed the National Directorate for Security before being badly injured in a suicide attack in December 2012, hinted during his tenure that the militia were under his control.

Wahid Mozhda, a political analyst, said the National Uprising Movement had lost a patron in former Khaled, and it was not favoured by the government’s National Security Council, which he said was “concerned about the creation of tribal militias”.

In Ghazni itself, some officials say the government should use any available option to weaken Taleban influence, even if that means supporting irregular armed groups operating outside the security forces.

Sanayi Mayel, head of the provincial department for rehabilitation and development, noted that several welfare projects had been implemented in Andar, Qarabagh and Dehyak districts for the past six months.

“These projects began because the security situation improved,” he added.

Nader Girwal, a member of Ghazni’s provincial council, said, “We need any force that can establish security and stability in the country. The National Uprising Movement can claim significant achievements. Security has been guaranteed in the areas where they are present and reconstruction projects are up and running. The schools and clinics have been reopened.

“The government must not ignore these achievements, and it must support the National Uprising Movement.”

Abdullah Wati, chairman of the Andar local council, said the militia had made a big difference to everyday life in the area.

“Before the popular uprising, the supply routes to Andar district were closed,” he said. “People went to Ghazni city to buy the basic essentials. They didn’t have access to foodstuffs. About 1,500 shops were closed in the [Andar] district. Today, business is booming in the district. Shops, clinics and schools have been reopened. People are busy working on reconstruction projects.

“I cannot understand why the government doesn’t want to support these achievements,” Wati added.

With some semblance of normal life returning after years of fighting, the National Uprising Movement enjoys popular support in the district.

“We are happy with the uprising [movement’s] people in Andar district,” said Ehsanullah Sahel, who lives in the village of Kansif. “Our schools and clinics reopened and our reconstruction projects started because of them. People weren’t able to move around the area freely before the uprising, but since then, people come out from Ghazni city to visit relatives or to relax.”

Arguing that the National Uprising Movement should be supported by Kabul, he added, “I don’t think the government supports peace. It doesn’t like those who are working for the good of the people.”

Sayed Rahmatullah Alizada is an IWPR-trained reporter in Ghazni province.