Poor infrastructure means that more and more territory is being swallowed up.

Poor infrastructure means that more and more territory is being swallowed up. 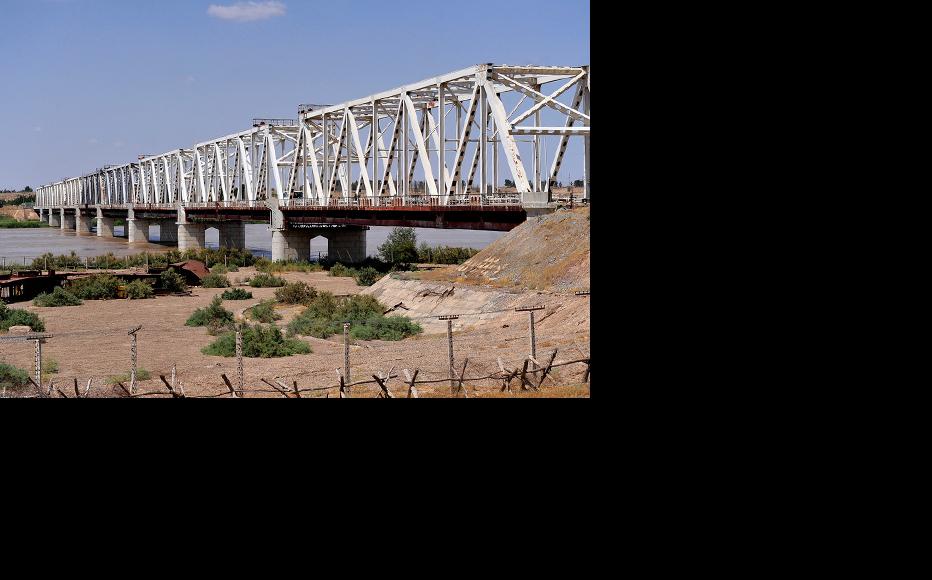 The Amu Darya river, also known as the Oxus, forms 1,200 kilometres of Afghanistan’s border with Tajikistan, Uzbekistan and Turkmenistan. Every year, it swallows hundreds of homes and hundreds of thousands of hectares of Afghanistan's land, and local people say the problem is getting worse.

While central Asian nations have taken measures such as building retaining walls at vulnerable points on the river, Afghanistan’s poor infrastructure meant that the northern provinces of Badakhshan, Faryab and Kunduz face frequent flooding.

Officials estimate that nearly 35,000 hectares of land along the Amu have been destroyed within Afghanistan.

The river demarcates 850km of Afghanistan’s border with Tajikistan and Abdul Basir Qanat, head of the department dealing with the Amu in the neighbouring province of Badakhshan, said that more than 5,000 hectares had been swallowed up by the river.

Tens of thousands more hectares of land were in danger of being destroyed.

“Most of the damage has occurred in the Wakhan and Shughnan districts of Badakhshan province,” he continued.

He noted that 11 km of retaining wall had been built in the districts of Ashkasham and Shughnan at the cost of 280,000 US dollars, with support from the German Development Bank (KFW) and the ministry of energy and water. However, this was far from enough, he continued.

Qanat claimed that Tajik construction around stretches of the river in their territory violated the terms of a 1958 treaty.

“Tajikistan has created forests and orchards in places where the route of the river has changed over the past years, and now they are planning to build settlements in the areas they have strengthened in the border region of the Shughnan district,” he said.

“A number of residents of Shughnan district have lost their orchards and houses as a result of the river bursting its banks,” said Ghazi Baig, director of Shughnan’s development department. “If the unilateral work on the river by Tajikistan is not stopped and the Afghan government doesn’t start its own works, the river’s destruction will spread.”

He continued, “The entire area of Shughnan district is around 300 km and there are 300,00 inhabitants who are living under the threat of the Amu river. The district’s main road, which connects it to the neighbouring districts, is also in danger of being destroyed.”

In Takhar and Kunduz, officials said that 8,100 hectares had been lost to the river. Mohammad Naeem Nawabi, head of the department responsible for the Panj Amu basin in those provinces, said that the river had swallowed up 4,000 hectares of land in the Kunduz districts of Imam Sahib and the Qalay-I-Zal valley.

Another 5,000 hectares were also in danger, he continued. A stretch of 200 kilometres of retaining wall had been built in the district of Imam Sahib, which had saved 500,00 acres of land, but this too was not enough.

“Unfortunately, due to the lack of funds and technical facilities, we were not able to carry out major and fundamental consolidation work along the rivers like neighbouring countries,” Nawabi said, adding that he believed the cost of reinforcing the banks of the river throughout Afghan territory would be around four billion dollars.

In Balkh province Esmatullah, the official in charge of the northern river basin, said that four districts along the Amu were at particular risk.

He said that, based on statistics collected over the past ten years, about 20,000 hectares of land had already been swallowed up by the river in Kaldar, Shortepa, Qarqin, and Khumab.

“In addition to agricultural land, many residential houses have also been ruined as a result of the flooding of the Amu river, and Qarqin district has suffered most of the damages,” he said, adding that four entire villages in this district had been destroyed by flooding.

His department had been able to carry out emergency work to stabilize river banks in these districts, but any longer-term efforts to shore up the banks had been destroyed in repeated flooding over the last two years.

Afghan officials said that work carried out by other countries to stabilize or change the course of the river in their own territories ran contrary to previous agreements, and that they had begun reaching out to their counterparts to discuss the implications of further work.

Ghulam Hashim Saye, director of Badakhshan’s department of foreign affairs told IWPR, “Border conflicts and disputes, in particular unilateral consolidation carried out by Tajikistan, will be discussed and resolved by a joint border commission between the two countries.”

Sultan Mahmoud Mahmoudi, general director of water affairs management in the ministry of energy and water, agreed that issue had been getting worse since neighbouring countries had taken steps to shore up their own river defences.

He said that the ministry had identified potential flooding and erosion problems along around 700 km of the Amu’s length within Afghanistan, and were working with a Chinese company to plan the construction of retaining walls in these areas.