Conservative traditions in the southern province of Kandahar mean that sons are valued over daughters.

Conservative traditions in the southern province of Kandahar mean that sons are valued over daughters. 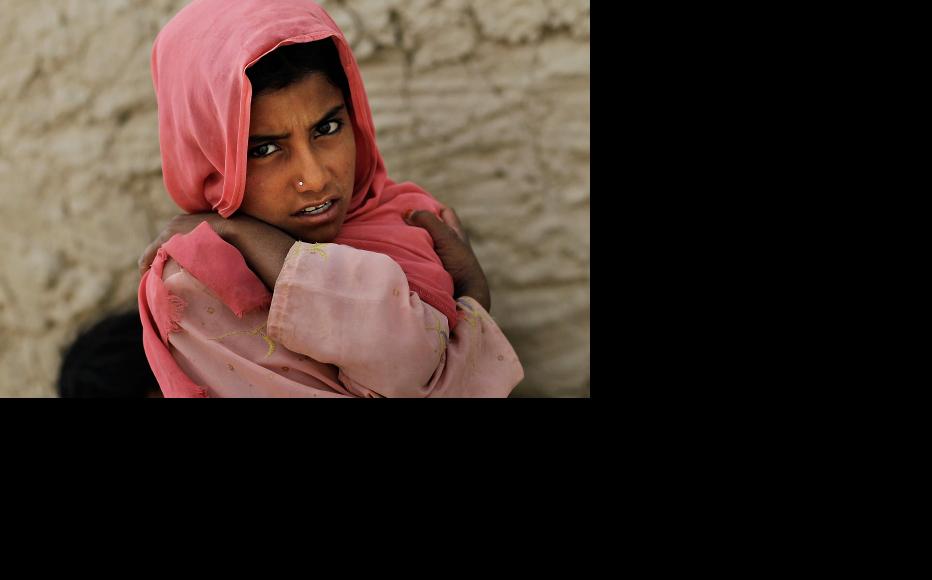 Pashtun girl stands outside her family home in a village south of Kandahar, Afghanistan. (Photo: Chris Hondros/Getty Images)
The link has been copied

Gul Ghutay has two brothers and three sisters. But her father, she said, only cared about his sons and barely acknowledged his daughters.

Her mother had lobbied hard to allow Ghutay to remain in school until the 11th grade, the girl continued. Without her efforts, her father would have already taken her out of education and married her off for a large bride price.

Ghutay said that as a result she found her life deeply depressing.

"It’s not just me,” she continued. “My father and brothers speak to all my sisters angrily. No–one listens to us or to what we want. They tell us we belong in other people’s homes because we will all get married sooner or later."

Conservative traditions in the southern province of Kandahar mean that girls are often disregarded and devalued by their families. Daughters usually go and live with their in-laws after marriage while sons stay within the family home and help support their parents.

The director of women's affairs in Kandahar, Ruqia Achekzai, said that the situation was bad throughout Kandahar but particularly severe in more remote regions.

Women of all ages recounted tales of severe discrimination every time she travelled to the districts for public awareness programmes.

As soon as a girl was born, the entire family began to ridicule and insult both mother and child, she said.

Wali Mohammad, a resident of Kandahar’s Panjwai district, freely admitted that he loved his sons more than his daughters.

He invested far more time and effort in them, he continued, because sons supported parents in their old age.

Mohammad said that the birth of a daughter brought him only sadness, whereas when a boy was born he rejoined and marked the occasion with celebratory gunfire.

"I am personally delighted if a boy child is born, because when he becomes an adult, he will bring honour to me and the family,” he continued. “But a girl is always a burden to our family and we will never be rid of her problems, even after she is married."

“When a girl sees that her brother is treated well and she is not, she feels hatred and eventually withdraws from society,” he said.

Saliha, another Kandahar resident, agreed that it was distressing to be continually taunted by her father, elder brothers and uncles simply for being a girl.

When she asked to be treated with some basic respect, they told her that girls belonged either to the home or to the grave and that the only rights she had were to be allowed to eat and wear clothing.

Salha said that she refused to give up struggling for recognition within her family.

“All girls need to fight against this kind of awful behaviour,” she continued. “They must show the elders in their family that girls are also creatures of God and that they have rights like all other creatures of God."

Shugufa Sahar, head of the women's section at the Afghanistan Independent Human Rights Commission (AIHRC) in Kandahar, said she was well aware of the problems girls faced in their homes.

“We have also talked to elders in the families, but this is a traditional society where demanding women's rights can be regarded as revolutionary."

Sahar added that her office dealt with two or three cases each week in which girls were deprived of access to education. The actual figure was bound to be far higher.

AIHRC public awareness programmes, workshops and poster campaigns highlighting discrimination against girls had had only limited effectiveness, she continued.

Sahar said that it might have considerable impact if mullahs and imams used their Friday sermons to explain that Islam frowned on such practices.

Mawlawi Abdul Bari Madani, a religious scholar, agreed that boys and girls were equal in the eyes of God.

He quoted a saying of the prophet Mohammad, that if a boy was a blessing, a girl was mercy.

Madani acknowledged that traditional practices led to discrimination against girls, but warned that this was a grave sin.

"Islam views all families which differentiate between their boys and girls with hatred,” he continued. “Anyone who favours sons over daughters must repent or suffer harsh punishment."