Plans for a dedicated business park in south of country have failed to materialise.

Plans for a dedicated business park in south of country have failed to materialise. 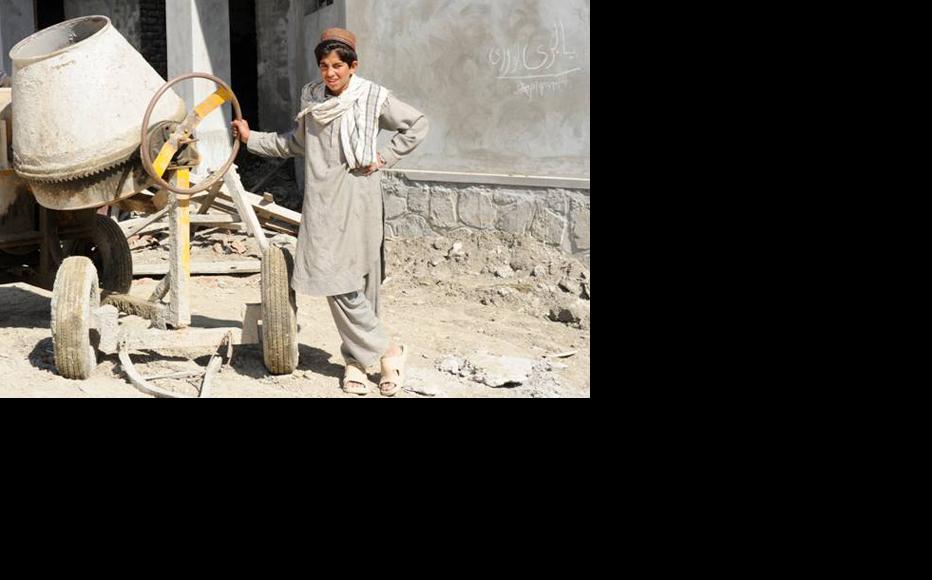 Business owners in the southern Afghan province of Khost say that the government’s failure to deliver on a long-promised industrial park are severely limiting opportunities for local development.

An 80-hectare piece of land in the district of Ismail Khel had been earmarked for a dedicated industrial zone. But plans for the development, which would be properly secured and with a reliable power supply, have stalled.

In the meantime, local entrepreneurs complain that a lack of infrastructure combined with poor security meant that basic costs are eating up much of their revenue.

Haji Gul Nasir, who owns the Kawsar-e-Shifa drinks factory, said that moving to a properly-equipped business park would allow him to grow his business and provide more jobs.

He explained that problems with electricity supply forced him to rely on a generator that consumed 16 litres of gasoline per hour, while poor security meant he had to pay two private guards 200 US dollars each every month.

Nasir added, “I have invested 150,000 US dollars in this factory and if the government builds an industrial park and provides me with a place where I could develop my business, I might be able to employ as many as 50 people.”

He added that he personally knew some investors in India and in the Pakistani city of Lahore who would be eager to turn their sights to Afghanistan if security was ensured and they could be certain of government assistance.

According to Khost’s department of commerce and industry, nearly 200 factories of various sizes are operating in Khost province. However, most operate below the radar, with only 44 formally registered with the local authorities.

Bahram Burhani, director of the department of commerce and industry, said that factory owners simply refused to cooperate with them.

“For a long time we have run advertisements through radio and TV and we have sent our personnel to the factories in order to discuss the issue of registration, but they refuse to do so and we can’t force anyone,” he said.

The 44 registered factories employ around 600 people and mostly produce biscuits, fabrics, plastics, drinks and similar basic commodities. All are located in residential areas of Khost due to the lack of an industrial park, which has in turn created numerous environmental problems.

“I have a severe allergy to smoke and I am always getting colds,” said Khost city resident Attaullah Khan Sirak, who works in an office located near two sweet factories.

“The factories are near residential buildings and their noise and smoke really disturb people,” he continued. “In fact, half of my salary is spent on buying medicines due to the pollution from these factories. The government should pay more attention to people’s health than to money and should move these factories out of the city.”

“These emissions cause pneumonia, colds, nasal congestion, lung diseases and in many cases heart disease among children, and the smoke contains some very harmful substances that can also cause cancer,” he said.

Jawed, director of Khost’s department of environmental protection, said that small business owners had told him they had few other options.

“We’ve held frequent meetings with factory owners to discuss this issue and have asked them not to burn substandard fuel that produces great quantities of harmful smoke,” he said. “But the factory owners said they could only leave the city and stop using cheap fuel if the government provided them with an alternative location and supplied them with electricity.”

Officials say that another major problem has been the illegal appropriation of the land on which the industrial zone was supposed to be built. Across Afghanistan, local militias or people with powerful connections often simply occupy state-owned land, particularly in sought-after areas.

“The land of Khost’s industrial park will be freed from its occupiers and work will start according to the presidential order,” he said.

His spokesman Mubariz Mohammad Zadran said that this would resolve many of the problems faced by local entrepreneurs, and said that work had also begun to improve local power provision.

“The problem of power is about to be solved because electricity towers have arrived in Ismail Khel district and a substation will be built in Khost province,” he added.

However, some tribal elders claim that the land in question does not belong to the government at all but was in fact appropriated from local people.

“The government wants to forcefully seize the tribal lands of our fathers and grandfathers by claiming it’s government land, but we have the legal papers and documentation,” said Deen Wali, an Ismail Khel elder. “And we will preserve, protect and defend our property even if we have to put our own lives on the line. We can’t give our land away to the government.”

In turn, Hameed Shah, the director of Khost’s department of finance, insisted that the land belonged to the independent land authority. He said that all necessary legal procedure had been followed when it was transferred to the provincial department of commerce and industry in 2009 for the specific purposes of constructing an industrial park.

“This is absolutely government land, the government has the legal papers to this land and it is not private property,” he continued.

However, he noted a more pressing problem with the construction of the park: a lack of any money to proceed with the project.

“I worked closely on the issue of allocating a budget for Khost’s industrial park with finance ministry officials in Kabul, but we don’t have any budget for the coming year,” Shah said. “If the government wants, it can allocate funds for the industrial zone from somewhere else, but for now, there is no budget.”