Investigation suggests that large numbers of children are being sexually assaulted.

Investigation suggests that large numbers of children are being sexually assaulted. 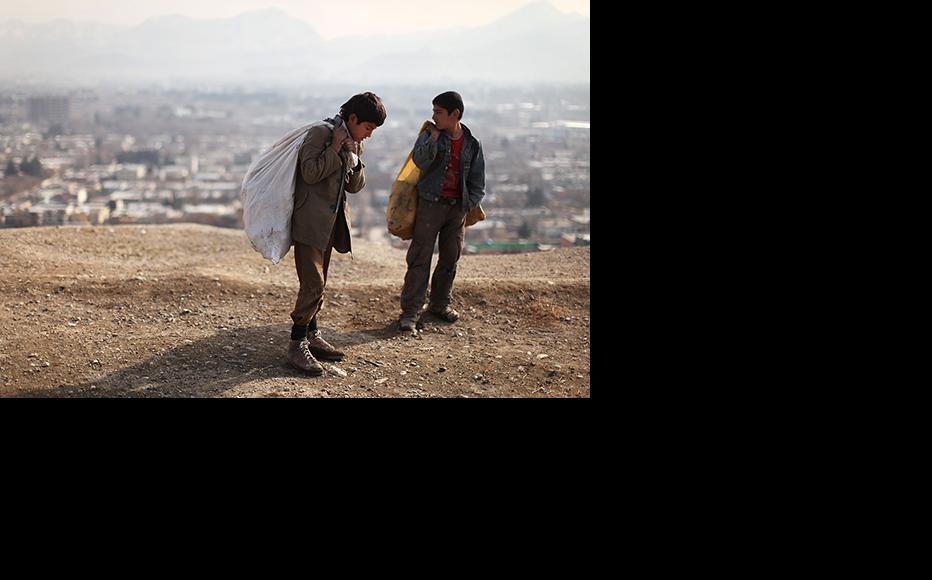 Up to half of all child labourers working in districts in Balkh province have been victims of serious sexual assault, new research has found.

An investigation by the Afghan Human Rights Research and Advocacy Organisation (AHRRAO) revealed between four and five children out of every ten had suffered abuse.

Researchers said many of the assaults went unreported due to the victims’ sense of shame. They said that community elders and local leaders were also refusing to name offenders for fear of being themselves attacked.

Fardin (not his real name), a 15-year-old from Kamarband-e-Baba Yadgar in Mazar-e-Sharif, described being beaten and raped while working in the city’s market.

“I’ve always worked at the market pulling my wheelbarrow as my father is too ill,” he said. “Whenever I spot someone buying goods I run over to them and ask if they want help carrying it.

“One day I saw a man who had bought vegetables and other items and I offered to take them home for him. He asked me how much I charged and when I told him 20 Afghani, he put his goods in my wheelbarrow and told me to follow him.

“We went down the street to his home and he asked me to take the goods inside. But when I stepped into the house there were two other men there and instead of paying me they grabbed me and pulled me into a room where they locked the door and beat me up.

“I screamed a lot but no one came. They threw me to the ground, took my trousers off, tied my hands up and raped me.”

AHRRAO, which has been operating in Afghanistan’s northern provinces since 2010, carried out its study into child abuse between June and August 2017.

Resha Jaweed, a spokesman for the NGO, confirmed that many of the boys had kept the attacks secret for fear of shaming their families.

In response to the study, IWPR undertook its own investigation, interviewing a number of child workers in and around the markets of the Rawza Sharif mosque in Mazar-e-Sharif, Afghanistan’s fourth-largest city. Several children who were willing to talk about how they had suffered.

Jamil, a 13-year-old who polishes shoes in the city, said, “I’ve been working around the mosque for two years now. I work every day from 7am in the morning until the evening.

“We have seven people in our family and because my father is old and cannot work I’m the one who has to make money in order to buy food.

“I don’t go to school - if I did where would my family get food from? My mother also begs in the city to make money.”

Jamil went on to explain how he had once been sexually assaulted as he walked home one evening.

He said, “I’d been roaming around Rawza Sharif all day and hadn’t worked much. By the time evening came I decided to buy some bread with the money I’d earned but I had nothing left to pay to get home.

“So I started out on foot and was almost halfway when a white Corolla stopped and the driver offered to give me a lift.

“I told him I was happy to walk but he insisted he was going in my direction so I jumped in.

“Soon after I got into the car I noticed we were going in the wrong direction. The man took me to a house where he beat me up and later raped me. I cried a lot but there was no one around to help. Afterwards he just put me back in his car and dropped me on the street of my home.

“I didn’t tell my mother what had happened. I just said I’d been beaten up by another boy and she told me not to come home so late.”

He said criminals often forced children into pickpocketing gangs or drug smuggling operations, and that the same youngsters were frequently sexually exploited.

He said, “So far this year prosecutors have been made aware of eight boys and 14 girls being sexually abused.”

Zakir Rasouli, the head of a child support programme affiliated with the Balkh department of labour and social affairs, said that child labour was a longstanding problem.

He said that a recent survey of Mazar-e-Sharif found just over 1,000 children working in a variety of jobs from selling ice cream, fruit and scrap metal to collecting bottles for recycling. Around a third of them were not attending school at all.

“The survey showed just how big an issue this is,” he continued. “Poverty and poor employment opportunities force families to send their children out to work which exposes them to exploitation. The research found children as young as seven working the streets, earning from 30 Afghani to 300 Afghani (4.5 US dollars) a day.”

Esmatullah Nasari, who runs the Empowerment Centre for Women (ECW), said that his organisation was currently working with local officials as well as religious scholars and activists to help reduce instances of sexual abuse.

“The abuse of children by those in positions of power appears to have become an unpleasant aspect of Afghan culture,” he said, noting the ongoing practice of “bacha bazi” – literally, boy play, which involves older men making young boys perform at private parties, after which they are often sexually abused.

“Our main goal is to stop this… and we’re currently helping a boy who was sexually assaulted in Mazar-e-Sharif a year ago take his case through the courts.”

Mazar-e-Sharif activist Najib Paikan told IWPR that he was hugely concerned by the problem and the apparent unwillingness by victims and their families to report offenders.

“A lack of public awareness and the failure of parents and families of victims to report these offences has prepared the ground for further acts of violence and rape,’ he said.

“If this issue of sexual assault isn’t stopped in its tracks it will spread and could have very dangerous consequences for our society.

“At the very least community representatives made aware of allegations of abuse should report such cases to the courts so the judiciary has the opportunity to bring these criminals to justice.

"If the nation doesn’t question and doesn’t investigate we can’t expect to solve this issue. Staying silent is just as big a crime,” he concluded.

Despite the seemingly overwhelming evidence, some officials appeared unwilling to tackle the issue.

Mohammad Afzal Hadid, head of Balkh’s provincial council, told IWPR “I don’t deny there may be instances of sexual abuse here – these sorts of incidents could occur in any corner of the city – but I am not aware of specific cases.”

Bashir Tawhidi, deputy governor of Balkh province, refused to be interviewed on the subject at all.

“Don’t get me involved in this controversy,” he said. “Address your questions to human rights bodies - I don’t have time.”