Afghan Anger at US Casualty Payments

Cash for deaths, injury and damage caused during military operations seen as disrespectful and violating tradition. By Habiburrahman Ibrahimi in Kabul 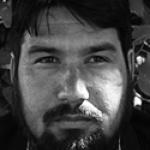 Afghan Anger at US Casualty Payments

Cash for deaths, injury and damage caused during military operations seen as disrespectful and violating tradition. By Habiburrahman Ibrahimi in Kabul

An ad hoc system of payments by the United States military primarily to victims of its Helmand operations has enraged Afghans who feel a price has been put on their lives.

Existence of payment guidelines for commanders in the field regarding civilian casualties was first reported by western media in February and quickly picked up by their Afghan counterparts.

While sizeable amounts in a country where the average daily wage is under five dollars, the reported measure has stirred outrage among politicians, rights groups and ordinary citizens, who view it as simple blood money.

“Afghans must seem like animals to the Americans if they can put prices on them,” said Ismail, a 55-year-old Afghan businessman in Kabul, shaking with anger as he spoke.

“If someone killed an American and offered to pay 10,000 dollars, would they accept it? They destroy a complete village if one of their soldiers is killed, but set a price of 2,500 dollars for an Afghan’s life,” he added.

“They do not respect the traditions, customs and laws of the Afghan people,” a member of the Afghan parliament, Haidar Jan Nayimzoi, told IWPR. “An Afghan never sells his blood for money … By paying money the Americans will not receive support but rather turn people against them.”

The payment guidelines are said to have been used during recent operations in Helmand against the Taleban by the International Security Assistance Force, ISAF, which incorporates most US units deployed in southern Afghanistan.

Insisting that such “solatia” or “ex-gratia payments” are made from a unit’s own funds on a purely discretionary basis, ISAF says the spirit of the measure has been misinterpreted. It did not confirm the figures in the Associated Press report.

These are “payments of money or donations in kind made to a victim or victim’s family as an expression of sympathy”, ISAF joint command spokesman Lieutenant Colonel Todd Vician said in written comments to IWPR.

“There is no official ‘price list’ to cover payments to people or families who have suffered loss or injury as a result of action by ISAF forces.”

Commanders are not legally obliged to make the payments, receipt of which does not prevent victims from making additional formal claims for compensation, Vician added.

The issue has intensified the debate around the rise in numbers of civilian casualties as foreign troop levels climb in Afghanistan. This year, 30,000 more US troops and several thousand from other NATO countries will bring the total to more than 150,000.

Last year, the United Nations estimated that 2,412 civilians died in the conflict, the highest number since the Taleban were driven from power in 2001. It attributed two-thirds of these deaths to insurgent actions and around a quarter to international forces.

Incidents that year prompted Afghan president Hamed Karzai to demand an end to aerial bombardments, the main cause of most of the casualties blamed on foreign forces. ISAF rejected the demand.

Caught between the wrath of the Afghan people and the need to support its overseas partners, the Kabul government played down the controversy over the cash payments.

Presidential spokesman Siamak Herawi told IWPR that the money paid out was a form of humanitarian aid, and that the US and Afghan presidents recently discussed the need to better support victims of the conflict.

“President Barack Obama and President Karzai have accepted this issue in principle and hope action will be taken soon and that the assistance will be increased,” Herawi said.

Critics said that even if well intentioned, the informal cash system sends the wrong message and clashes with traditional Afghan values.

But ISAF insists that following an incident, payments are usually only made after consultation between the commander and local Afghan elders, and involve nominal amounts to cover victims’ immediate needs.

As well as US forces, other countries with troops in Afghanistan have paid reparations through a combination of livestock, food products and money.

In 2007, Polish troops in Paktika province opened fire on the village of Nangarkhel, killing six civilians and wounding three. After conciliatory talks that also involved US forces, families of victims received 2,500 dollars, and some sheep and flour in accordance with the local Pashtunwali code of tribal conduct.

But direct donation of money by foreign troops for injury or loss of life and the low amounts by world standards make matters worse, critics say.

“If the Americans really want to provide such assistance they should do it through the Afghan government,” said Lalgol, the head of the Afghan Human Rights Organisation, who like many Afghans goes by one name.

“And if they really want to help the victims’ families, it should be as much as the Americans pay for the lives of nationals of other countries.”

Again, ISAF notes that victims are entitled to file for greater sums if they feel this is justified.

“Guidelines on condolence or compensation payments vary from nation to nation, but the broad underlying principle is that, where death, injury or damage to property is caused by ISAF, affected persons may submit a claim for compensation which will be considered by the nation involved,” ISAF spokesman Vician said.

Abdol Ghani, a twenty-seven-year old resident of Kandahar, said his brother died in Wardak province while riding on a bus that came under US fire. He was neither an insurgent nor a criminal, just someone trying to get home to Kandahar from Kabul, Ghani says.

“The Americans came to our home three days later and wanted to pay us money but my father forced them out of the house with their dollars. Afghans don’t sell the blood of their martyrs, they either take swift revenge or bide their time,” he said.

Unsurprisingly, the sensitivity of the matter has not been lost on the Taleban, who say the payments are evidence of a broader failure.

“The Americans want to hide their defeat by resorting to such things. They will try anything,” Taleban spokesman Zabiullah Mojahed said.

One resident of Helmand province, who declined to give his name, favoured reparations in kind for material damage, but an eye for an eye for bereavement.

“If the Americans compensate for damage to people’s land or houses it will have a positive impact on the people in Helmand because they are very poor,” he said, while advocating strict Islamic law for troops whose actions killed innocent people.

“If two Americans are executed by the Afghan government for killing civilians, the people will not only trust the government, but also the Americans will be so cautious in their operations that they will not kill even an ant.”

That extreme view indicates the strength of feeling the issue of civilian casualties stirs among ordinary Afghans, who fear that fighting in 2010 will bring even greater tragedy.

Habiburrahman Ibrahimi is an IWPR trainee.