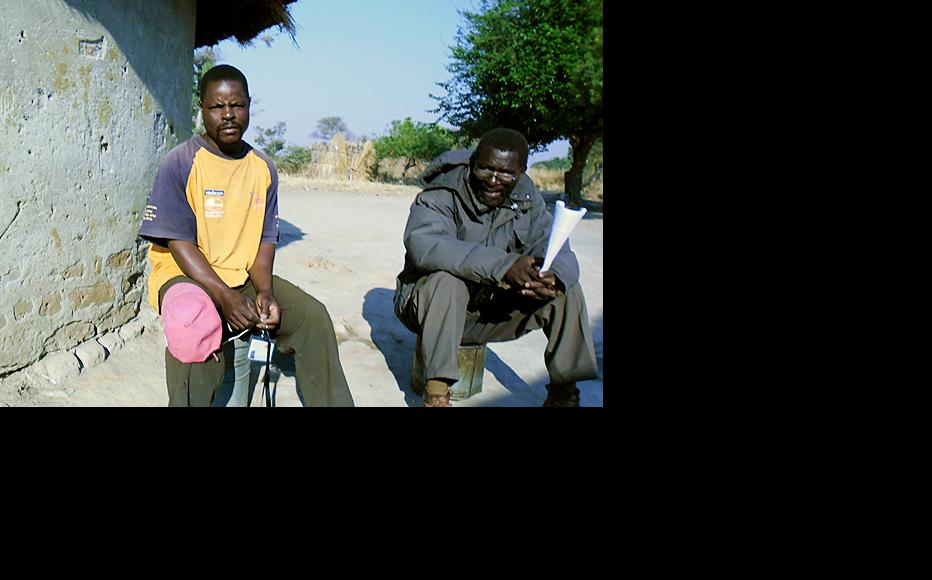 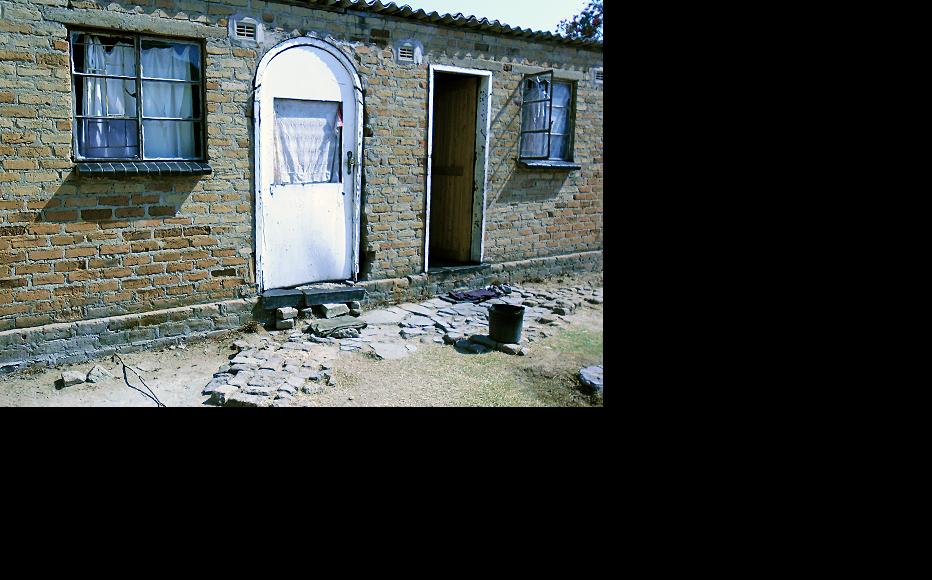 Patience Chikomo's home in Goromonzi was vandalised during the 2008 election. (Photo: Gamuchirai Masiyiwa)
The link has been copied

When he opened the fifth session of the current parliament on October 30, President Robert Mugabe reiterated his call for elections in early 2013. His address came on the heels of earlier indications that harmonised – presidential, parliamentary and local – elections will be held in March 2013.

However, the question is whether Zimbabwe is ready – or getting ready – for a free and fair election. An investigative assessment of the situation in Goromonzi, a rural constituency southeast of Zimbabwe, proves otherwise.

Home to torture bases that date back to the colonial era and the epicentre of numerous politically-sanctioned murders that defined the June 27, 2008 presidential run-off election, Goromonzi mirrors the political situation in Zimbabwe as a whole.

As I arrived in the town, some 35 kilometres east of Harare, I could not but sense a chilling atmosphere of fear, suspicion and tension. I did not need much more than observation to tell how the prevailing political atmosphere is certainly not conducive to free and fair elections.

New faces are easily recognised and villagers take turns to greet strangers all the way. As they greeted me, their eyes portrayed nervousness and suspicion. Traumatic encounters in 2008 taught them not to trust strangers. They are tense and unable to open up to strangers; only a few had the courage to talk about the political atmosphere in their community. Their reactions show the level of fear besieging this community.

One of the few who did open up was Bopoto Nyandoro, a pro-democracy activist who was brutalised by police in 2005 for taking part in a demonstration that demanded a democratic constitution. Despite winning a court case, Nyandoro has yet to be compensated for the severe injuries he sustained in the assault. To him, the fact that government has not compensated him indicates ZANU PF’s continuing unwillingness to embrace the reforms necessary for free and fair elections.

Nyandoro and other members of the Goromonzi community are still caught up in their fear of elections, as those who perpetrated torture and murder in the run-up to the 2008 election continue to walk about scot-free. Food aid is still being politicised, some voters who were displaced in 2008 are still unable to return to their homes, and traditional leaders are being forced to support ZANU PF.

President Mugabe’s call for elections in 2013 alludes to a normal electoral environment. However, the situation in Goromonzi is one of fear and tension, and suggests little has been done to ensure that violence will not erupt again if elections are called.

As Gertrude Mushonga, one of the villagers, narrated what she went through in previous elections, fear could be seen in her tearful eyes. She had her houses burnt during the 2002 and 2005 elections, and her son was seriously injured by gun shots in the run up to the 2008 presidential run-off.

“My son, Paradzai was shot on his private parts, which had to be chopped as they were rendered useless by the injuries sustained. He can no longer have a family of his own.” In the local Shona language, she continued, “Chinondirwadza ipfuti dzavanoshandisa; vanouya kuzouraya mhuka here” – “It pains me that they come with guns as if they are coming to kill animals.”

“Elections to us mean going back to sleep in the bush and mountains, as we are hunted out of our homes,” she added.

Getrude shivers every time she thinks of elections. She said if elections come, she will resort to sleeping in the bush with her grandchildren for fear of being burnt in her house.

Borden Mushonga, who stood as a councillor in 2008 on a Movement for Democratic Change, MDC, ticket, said MDC supporters will certainly be victimised if elections are held under the prevailing political conditions.

“When elections come, we know that the time to have our property stolen and houses destroyed has come. Without comprehensive electoral and political reforms, we are certainly heading for more trouble,” he said. “Structures which are used as polling stations in some wards are [located on] farms of war veterans. Voters’ security and even the outcome get compromised due to such factors.”

Patience Chikomo, who was just missed by a bullet in 2008, said the coming elections reopen past wounds and fill him with fear.

“What I went through is scary. I met three guys who told me they were looking for Borden Mushonga. When I told them that I did not know his whereabouts, they asked me to follow them to their car. I got suspicious and ran for my life. They fired shots at me, but failed to knock me down because of the steepness of the ground,” he said.

Chikomo later sought refuge in Harare and only went back to Goromonzi in 2009.

Paradzai Mushonga was shot in his private parts by members of the ZANU PF militia who mistook him for Borden Mushonga. The shooting incident haunted Paradzai into seeking asylum in Botswana. He is one of the many voters displaced from their homes who have yet to go back because of continuing fears.

“I left home in 2008 after receiving death threats from armed members of the ZANU PF militia. I cannot go back because those who threatened me are still living freely at home,” said Dick Choga (not his real name), who fled Goromonzi before the 2008 presidential run-off.

Like many other youths who fled their rural homes in the wake of electoral violence, Dick now spends most of his time at MDC headquarters in Harare, where he sells pirated DVDs for a living.

The situation has been worsened by the way the police have become seriously partisan in carrying out their duties.

Since police do not round them up for prosecution, people who perpetrated serious cases of electoral violence and torture continue to live freely in Goromonzi.

“Most of the 2008 violence and intimidation activities were reported to the police, but no dockets were opened and the culprits still roam the villages. Ironically, when ZANU PF members lodge complaints against MDC members, arrests are instituted within a short space of time,” said Gilbert Mupota, a Goromonzi villager.

According to villagers who spoke to this reporter, the fact that those who perpetrated torture and violence are still walking free is a constant reminder that early elections are likely to bring a further round of suffering

“When we meet them, they tell us to stop supporting the MDC if we do not want to suffer as we did in the previous elections,” said one villager who preferred to remain anonymous.

ZANU PF is forcing traditional leaders to back its mobilisation activities as part of attempts to manipulate early elections. One leader who preferred not to be identified said he and other traditional leaders in Goromonzi were being forced to attend ZANU PF meetings and chant slogans.

“As leaders who are supposed to be non-partisan, we are under fire as we are pushed into shouting slogans,” he said.

Although villagers and traditional leaders say otherwise, the member of parliament for Goromonzi North, Paddy Zhanda, claims there are no cases of violence or intimidation in his area.

“There are no cases of political violence in my constituency. The Joint Monitoring and Implementation Committee was even impressed when they visited my constituency,” he said referring to the agency that has been jointly set up by ZANU PF and the two MDC formations to ensure that provisions of their Global Political Agreement are fully and effectively implemented.

While agreeing with Zhanda’s calls for peaceful co-existence, Goromonzi villagers contend that he has no power to stop political violence.

“Our MP has told us to shun violence, but we are yet to see if his words will be of any effect come election time,” said Sheila Rutsito, a villager who believes that violence is sanctioned by offices more powerful than the MP’s.

One other factor working against a free and fair electoral environment is the politicisation of food aid and agricultural inputs.

“If you support the MDC and do not know anyone within the ZANU PF structures, you will not have access to fertilisers and food aid,” said a villager who identified himself as Elijah. “I went to a gathering where people were being given maize; we were given five kilograms of maize while those aligned to ZANU PF were getting 20 kgs.”

At risk of being denied food, Goromonzi villagers are now afraid to join and canvass for the political parties of their choice.

Zimbabwe Peace Project, ZPP, director Jestina Mukoko confirmed that people in Goromonzi and other places where ZPP monitors the electoral environment are still fearful of elections. She said a comprehensive process of national healing and peace-building would need to be launched to rekindle people’s confidence in elections.

“There is need to embark on an intensive national healing programme before elections. People at grassroots level must also be extensively engaged through non-partisan voter education. Without this, the talk of elections can only lead us to another disputed election,” she said.

Gamuchirai Masiyiwa is a freelance journalist in Zimbabwe.

Zimbabwe
Elections
Connect with us